What Kind Of Calls Are Election Hotlines Getting? 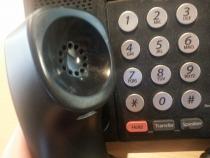 People are lining up at the polls and sometimes waiting in that line for a while like voter Alicia Tucker.

"I don’t know what the hold up is here, we’ve been in line like 45 minutes. And it’s barely moving,"

She was standing in line at Maryvale Church of the Nazarene. So what do you do if you start to get concerned on Election Day? Well, there are hotlines for that.

Some voter-advocacy organizations run their own, and states also have hotlines. KJZZ dialed a few numbers to see what kinds of calls they’re getting. Google it or take a look on social media, and you’ll find a lot of hotlines you can call on Election Day.

“City Clerk Elections” … “Is this the elections hotline? ...”

So, we called the City of Phoenix’s Election Hotline …

“Yes with the City of Phoenix, but I can help you …”

“Thank you for calling the Election Services Office of Secretary of State Michele Reagan.”

That call was answered after about 20 minutes on hold. Then they handed it over to Matt Roberts, communications director for the office.

“We’re sitting at, you know, several dozen deep in the cue right now," he says. As it happens every year, a lot of voters are calling about their registration, where their polling place is “standard election day fare.”

Every single call is logged and prioritized, Roberts says, so if they get a report that, for example, an E poll book in Chandler isn’t working, they’ll elevate them to the County Recorder’s Office, which is in charge of carrying out elections.

“It’s a constant stream that started at probably, I think the first call we got was about 5:05 this morning," Roberts says.

But if you’re met with hold music from one line, there are plenty more numbers to dial.

Renaldo Fowler has been fielding calls for the Arizona Center for Disability Law today.

“Yes, but they’re not disability related!” Fowler says. He says they’re ready to deal with issues of accessibility at the polls, but “90 percent of the calls … regarding voters who did not update their voter registration, went to the polling place and realized their name was not on the list.”

Suzannah Maclay, an immigration attorney in the Valley, has been volunteering since 5:15 in the morning today answering calls for the Arizona Advocacy Network, a voting-rights organization.

“We’re getting calls regarding machine malfunctions sometimes, the length of lines,  people who are wanting to check if they’re registered … we can check all of those things for people,” Maclay says.

Maclay says she’s never volunteered for something like this before, but felt it was important to help out this time around. “Well, it’s a terribly important election, I know we’ve had problems in Maricopa County before and it went smoothly.”

She says most of the calls they’ve gotten today have been pretty standard, but, after we hung up, they hear from a woman who had just given birth and wanted to find out how she could vote from the hospital.

How’s that for civic duty?