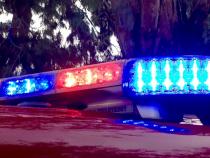 More than a thousand untested rape kits in Phoenix will soon be analyzed. On Friday, the Phoenix Police Department will implement a new policy to ensure every kit gets tested.

Historically, about 30 percent of the rape kits collected by Phoenix police were never tested. Often, that’s because the DNA evidence wouldn’t yield any new information for the particular case. For example, a woman accuses someone of sexual assault, but the alleged assailant argues it was consensual.

Altogether, Phoenix has about 1,700 untested kits.

Roberts said even though kits can't confirm whether that exact incident was consensual, the kits can provide evidence for other relevant crimes.

She said advances in investigative tactics and technology have led to a broader push to revisit previously untested kits.

It will cost the department about $1.7 million to test its backlog.

Hear from Assistant Police Chief Mary Roberts and Tasha Menaker, director of sexual violence response initiatives at the Arizona Coalition to End Sexual and Domestic Violence about Phoenix Police's new measure on the The Show.

The Show
The Show: Phoenix Police To Test All Sexual Assault Kits