Theater Group To Perform Plays On The Light Rail 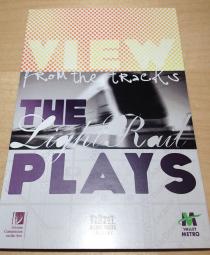 (Photo by Tracy Greer - KJZZ)
A flier for "View From The Tracks."

If you happen to ride the light rail in downtown Phoenix this weekend, you may inadvertently end up taking in a performance.

Rising Youth Theater is putting on a show called “View From the Tracks,” which is a series of eight plays, five minutes each, performed by an adult and an actor between the ages of 11 and 18.

Xanthia Walker and Sarah Sullivan are the theater company’s co-founders.