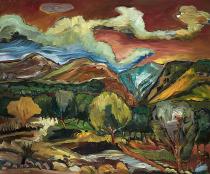 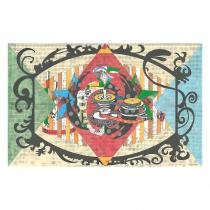 You can vote on pretty much anything now — who wins the recording contract, who makes an All-Star team, whose Facebook post or tweet you like best. And which pieces should be part of a museum exhibit.

Diana Pardue is the Curator of Collections at the Heard Museum, which recently opened the exhibit called “That’s the Way I Like It.”

"We wanted to feature recent acquisitions to the Heard, but we wanted to give our visitors, both those who came to the museum and those who went to our Facebook page, a chance to vote on some of the things we might include, and have their involvement in the selection of artworks for the exhibit," Pardue said.

Pardue says the museum picked 22 of its new acquisitions and allowed people to vote on them, either in person at the museum or on the Heard’s Facebook page. And, she says, they did — more than 1,400 votes in all — but opinions were mixed.

"The winner, in-house, was Darren Vigil Gray," she said. "It’s a landscape, it looks like a New Mexico landscape, very colorful, a little abstract, and just beautifully done."

And the online winner?

"The online winner was Fausto Fernandez, and you may know Fausto’s work because he did one of the tile floors at the airport. And, he was a local artist, and he now lives in Los Angeles," she said.

Pardue thinks this is the first time the Heard has done anything like this, but says it’s likely she will try it again.

"I think that museums are trying to reach out to audiences in different ways, and this is one way right now," she said. "I don’t really know how that will transform in the future."

She said she hopes this is a way to get people more engaged.

"One of the things here is that in this process, the museums also get to know more about their visitors," said Richard Toon, the Director of Museums and Museum Studies at the ASU School of Human Evolution and Social Change.

"So, it’s partly marketing, it’s partly just a fun thing to do, but they gain some information, too. So my guess is we’ll be seeing more of this," Toon said.

The Heard Museum’s exhibit, “That’s the Way I Like It,” runs through the beginning of February.