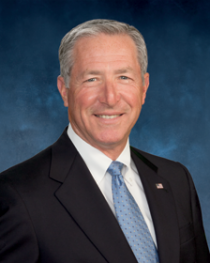 Bitter Smith announced earlier this month she would resign next week following an attorney general’s investigation into conflict of interest violations. Little, a Republican, was elected in 2014 alongside Tom Forese, who nominated him to be chair at Tuesday's meeting.

“It’s been my pleasure over the last few years to work with Mr. Little. I find him to be an equal part principled and measured,” Forese said.

Little was unanimously chosen for the position. Other commissioners indicated they would most likely vote for Little as permanent chair once the new commissioner takes office.

Little and Forese have both been under scrutiny for dark money campaign contributions widely believed to have come from Arizona Public Service and its parent company.

Little spent decades in the computer software industry prior to his election.