The band Of the Painted Choir has a new single out and will be releasing a new record this summer.

Three members of the Valley-based band, Fred Huang, Phil Hanna and Wayne Jones, stopped by the KJZZ studios this week to talk about their music and to play some of it. 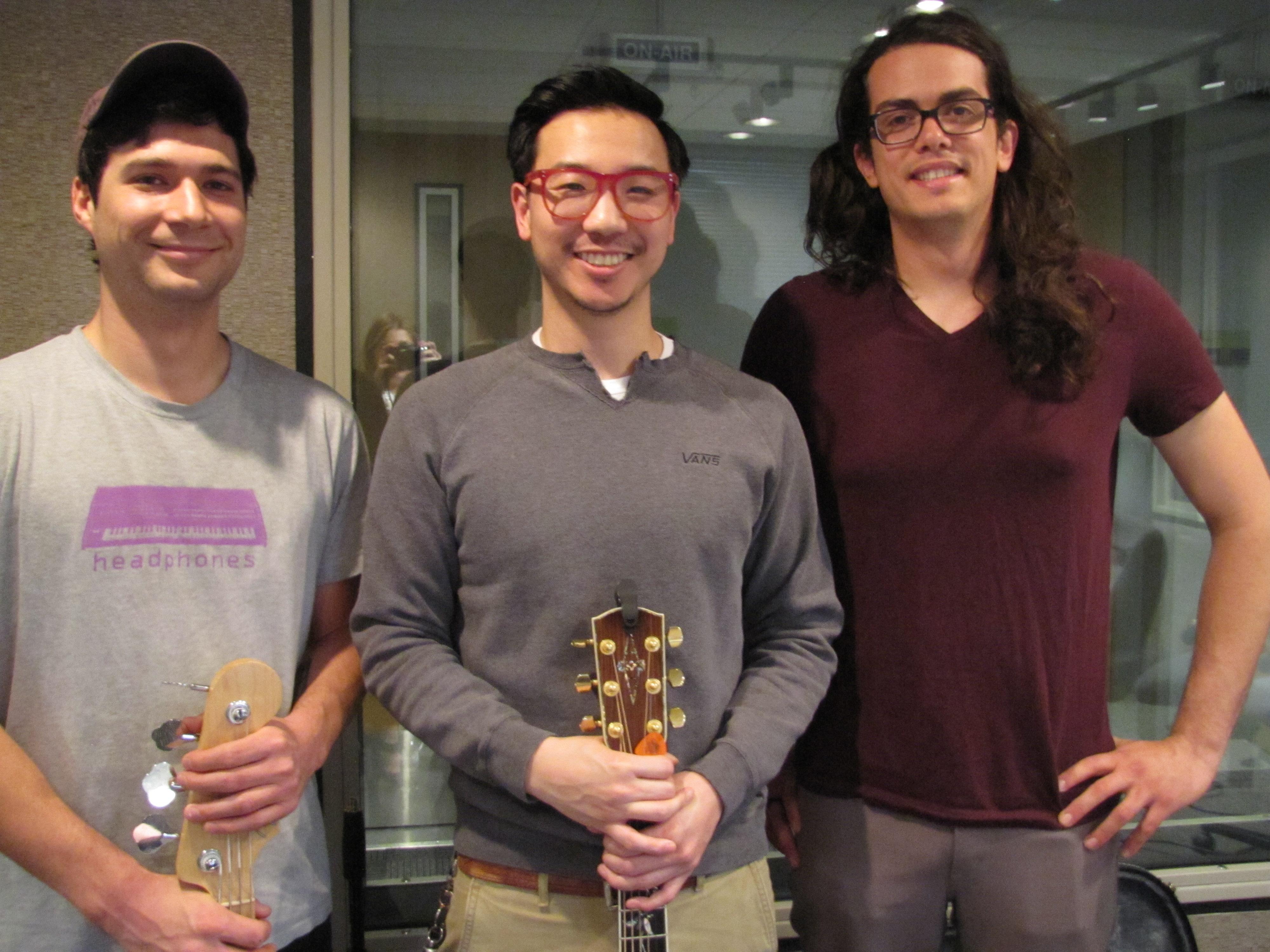 Julie Levin/KJZZ
Phil Hanna, Fred Huang and Wayne Jones, three of the five Of The Painted Choir band members, in the KJZZ studios.