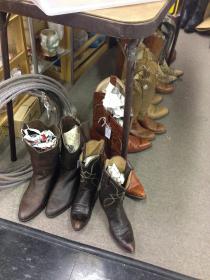 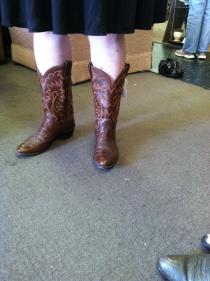 (Photo by Steve Goldstein-KJZZ)
Amy Silverman tries on some boots. 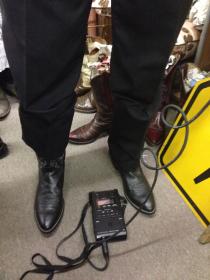 (Photo by Amy Silverman)
Steve Goldstein tries on a pair of cowboy boots. It was his first time.

It's time to wrap up our Phoenix Bucket List segment. For some, a bucket list is about traveling to exotic places or trying something completely out of their comfort range, like jumping out of a plane.

Steve Goldstein and Amy Silverman went to the Antique Trove store in Scottsdale to try on vintage cowboy boots. It was definitely a first for Steve.

A Native American archeologist on how her field can shed light on the history of people of color.