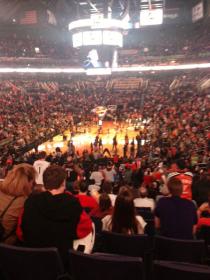 (Photo by Julie Levin - KJZZ)
A Suns game in January 2014 was packed with fans.

When the NBA season started in the fall, nearly every pundit predicted the Phoenix Suns to be one of the worst teams in the league. They were lumped in with a group of clubs expected to tank, intentionally lose games, in other words, to have a better chance of drafting the top college players.

Then a funny thing happened. The Suns, mostly a collection of guys who had been dumped by other teams, started winning. And it has continued.