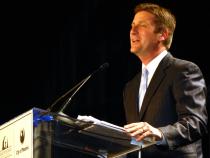 The preliminary results in the municipal elections in Phoenix are in.

In a three-way race, incumbent Mayor Greg Stanton needed a 51 percent margin of victory to claim a new term — he won with 65 percent of the vote.

Each of the four incumbent City Council members on the ballot, also won new terms. While three seats were unopposed, incumbent Daniel Valenzuela got 73 percent of the vote in his District 5 race against Felix Garcia.

The three other propositions also passed, according to unofficial results.