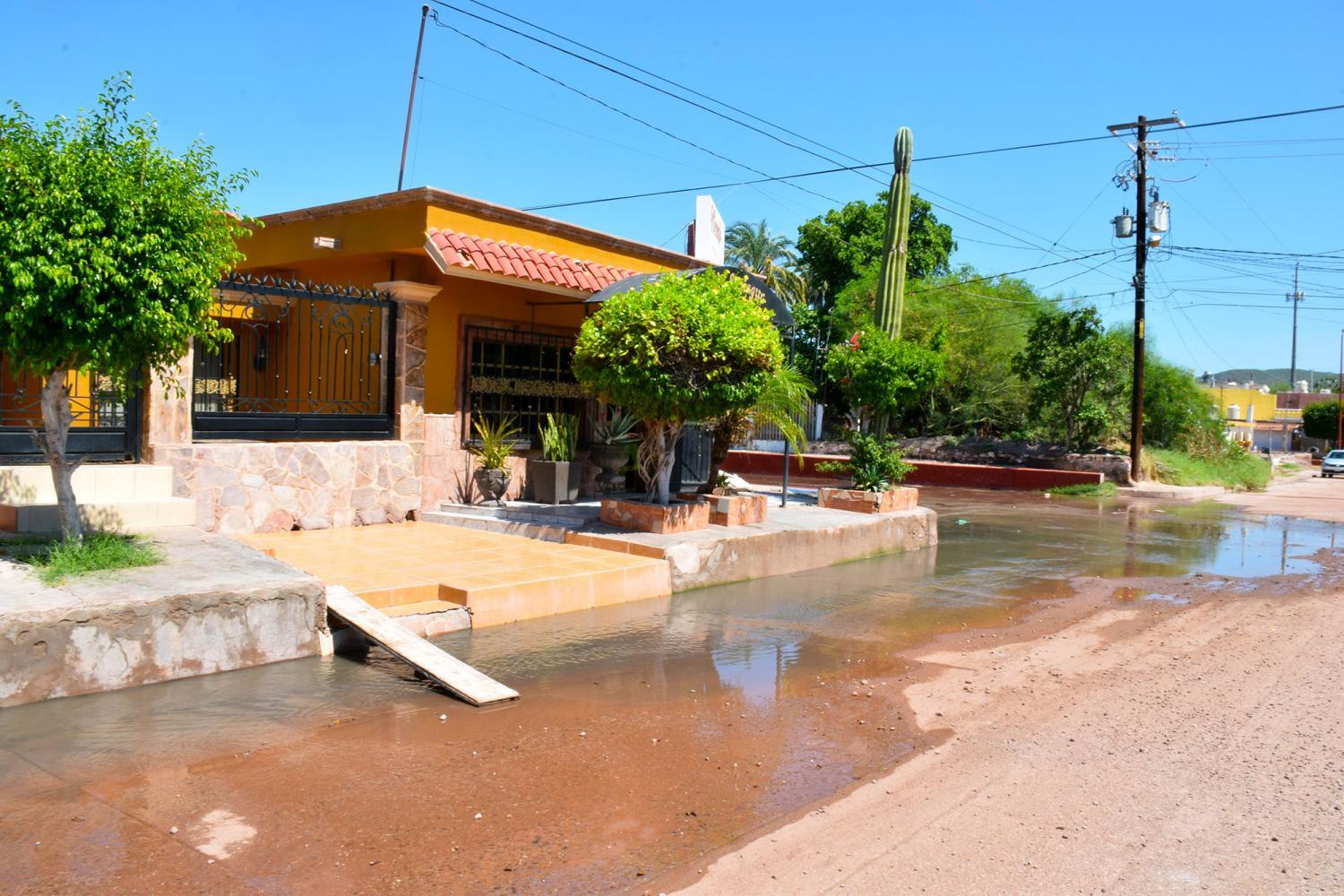 Kendal Blust/KJZZ
A salon owner in downtown Guaymas set up a ramp across a stream of sewage on the streets outside his business on Sept. 9, 2021.

By early next year, Sonoran officials say a coastal municipality that has long struggled with a collapsing sewage system and spotty access to drinking water will take control of its own water operations.

The port city of Guaymas is one of just three Sonoran municipalities whose water and sewage systems are operated at the state rather than local level, despite a federal law requiring municipalities to control those services. But that is set to change early next year.

Gov. Alfonso Durazo said he believes that local control over the water commission, known as CEA, will provide better service and help address long-standing water and sewage issues in the municipality. And the mayor and city council unanimously agreed this week to take control of the water commission Tuesday. They said they expect the transition to take place sometime in February or March 2023.

Residents of Guaymas, which includes the popular tourist town of San Carlos, often do not have sufficient potable water. And an underfunded, outdated and poorly maintained sewage system has led to a health and environmental crisis. Wastewater regularly flows through the streets and into the ocean.

Officials have repeatedly promised to address the serious sewages issues, and Heriberto Aguilar, head of the state infrastructure department, said during the press conference that various projects are underway to begin tackling the root causes of the crisis, including construction of two water treatment plants and a rainwater drainage system.