How early is too early for Christmas music? For KEZ's Beth McDonald, 'let's enjoy ourselves now' 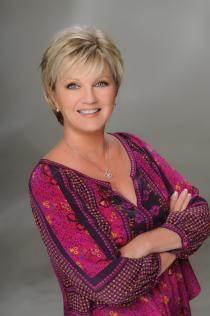 On Thanksgiving Day, there’s a tradition: Santa Claus ends the parade, riding in on sleigh pulled by his eight flying reindeer and ushers in the holiday season.

It’s supposed to mark the beginning of this special time of year, but it sure does seem like the start of the holidays comes earlier and earlier these days.

And that has resulted in a continuous debate over when is too early to start playing Christmas music.

Though some belong to camp "wait until at least Thanksgiving week," Beth McDonald says she’s fine with indulging a little earlier.

McDonald is something of an expert in this arena. She has been on the radio in the Valley since 1980, and her show, "Beth and Friends," has been a hit on KEZ since she partnered with former cohost Bill Austin in 1990 to launch it.

And every year, fans eagerly await her announcement of when 24/7 Christmas music will start on the station. This year, it was Nov. 3 — too early for some, but not for McDonald.

The Show spoke with her to learn why she's open to embracing the holidays sooner.