How Arizona could shift politically, culturally as Latinos become the largest demographic 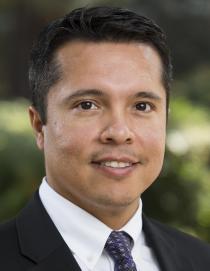 Data from the U.S. Census Bureau show Latinos make up the largest percentage of the population in Texas, making it a so-called "majority-minority state."

The estimates show 40.2% of Texans identify as Hispanic, while 39.4% are non-Hispanic white Texans.

This is a trend that’s been in the works for years, and it’s not limited to just Texas. Arizona is also forecast to become "majority-minority" in the coming years.

Francisco Pedraza is associate director of the Center for Latinas and Latinos and American Politics Research at Arizona State University.

The Show spoke with him, and the conversation started by talking about how it appears as though it’s a matter of when, not if, Hispanics will overtake white Arizonans as the state’s biggest demographic group.