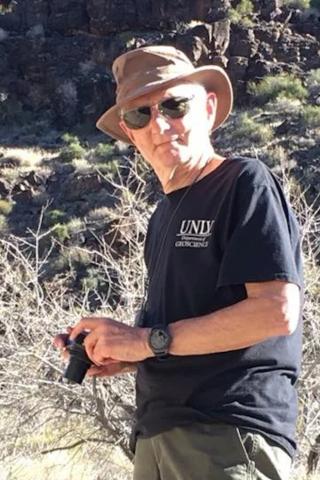 Dropping water levels in Lake Mead have revealed a number of interesting things, from sunken boats to bodies in barrels.

But scientists have also noticed rocks covered in a layer of volcanic ash up to 12 million years old.

And as Gene Smith explains, that’s not just a history lesson — it also has meaning for the future.

Smith is a professor emeritus at the University of Nevada, Las Vegas, where he’s a geochemist and volcanologist.

The Show spoke with him to learn scientifically, how big of a find this is.