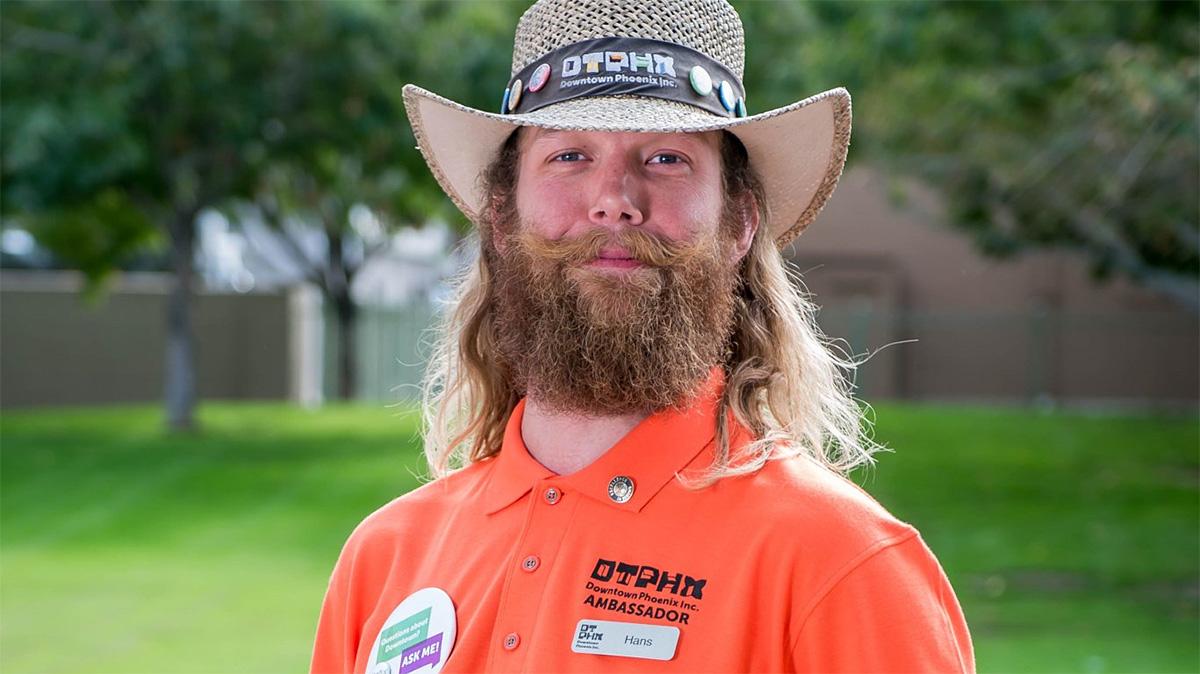 A City Council vote is scheduled for Wednesday to honor a popular figure in downtown Phoenix who died more than a year ago.

It wasn’t the orange shirt Hans Hughes wore as part of his uniform that made him memorable — it was his optimistic outlook and passion to help visitors. For 12 years, Hughes welcomed and guided visitors. His employer, Downtown Phoenix, Inc. described him as the “downtown superhero.” 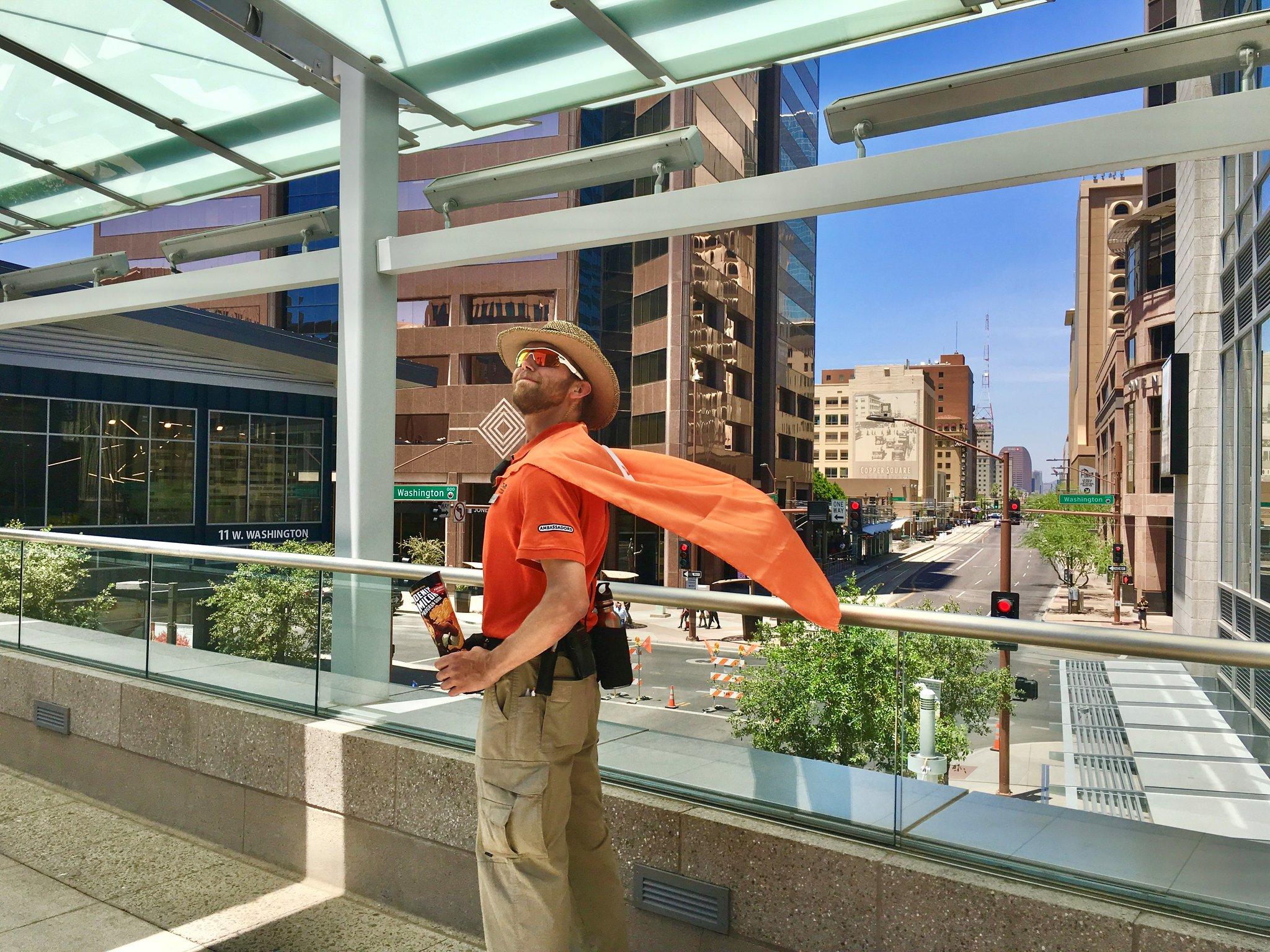 When Hughes was hit by a suspected drunk driver while riding his bike home from work as a downtown ambassador, the community was devastated. And angry. Their public pressure led the city to add protected bike lanes on Fillmore between Central Avenue and Seventh Street.

The City Council will vote on adding signs to designate the stretch as “Hans Hughes Memorial Bikeway.” If approved, Council District offices 7 and 8, which include downtown, will cover the costs.

A City Council report says, “He made downtown Phoenix feel friendly and memorable with his radiant personality and baritone voice, and he even made it his personal duty to wave to light rail passengers as they traveled by. His passion for the community he served was evident, and he celebrated each day as 'another beautiful day in downtown Phoenix!' Hughes’ legacy is love.” 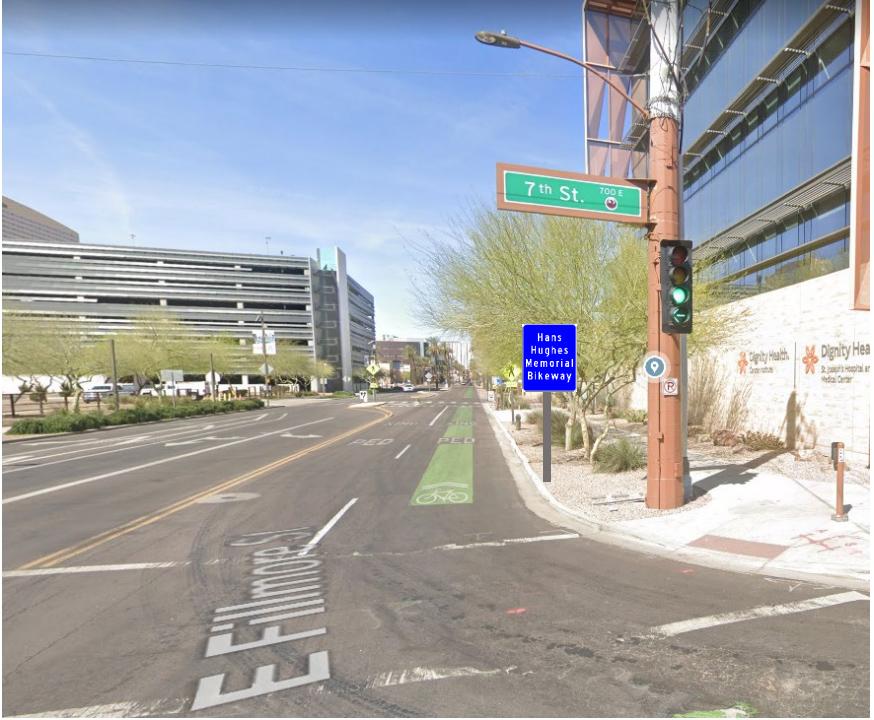