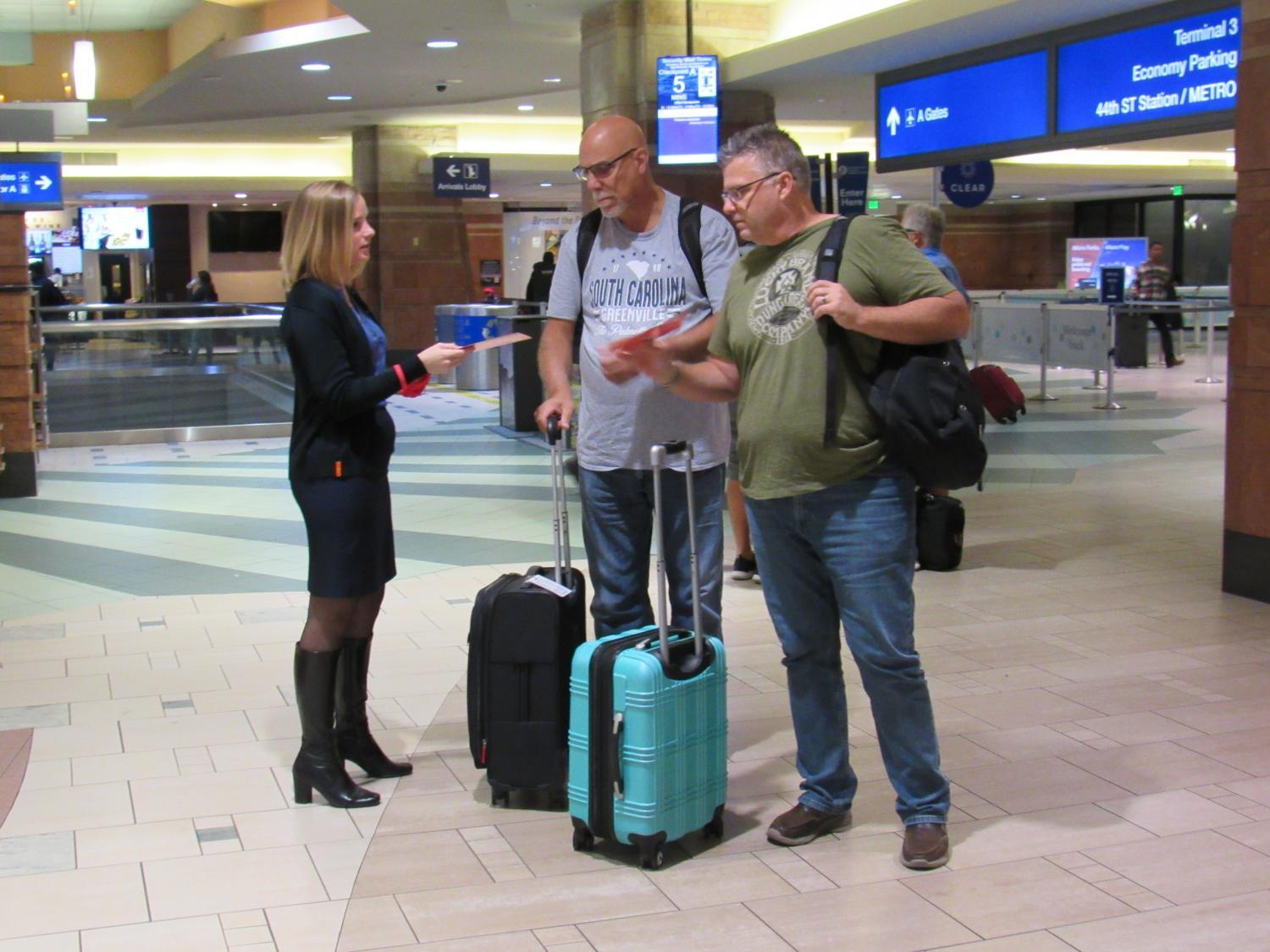 The largest aviation union in the country wants a no-fly list of dangerous passengers to halt a growing number of assaults on airline workers.

A national campaign by the Transport Workers Union was at Phoenix Sky Harbor Airport on Friday to build public support.

In Terminal 4, union reps gave out red flyers urging people to demand passage of a bipartisan bill that aims to protect airline workers.

Raychel Armstrong, vice president of TWU Local 577, said some airlines have passenger-no-fly lists and some don’t. Those who do, may not share their list with other carriers.

“So what happens is that individual continues to fly. And it creates a serious safety risk because they think, ‘Oh I got away with this. I can keep acting this way,’” she said.

The Transport Workers Union says it was the highest number ever.

Armstrong said work is terrifying for flight attendants unable to tell if a passenger will turn violent or may just be intoxicated.

“Obviously everyone saw the summer meltdown of aviation and some of it is because flight attendants are tired of dealing with this. We’re tired of not being protected when we go to work,” she said.