Is drought in Arizona and the Southwest the new normal? 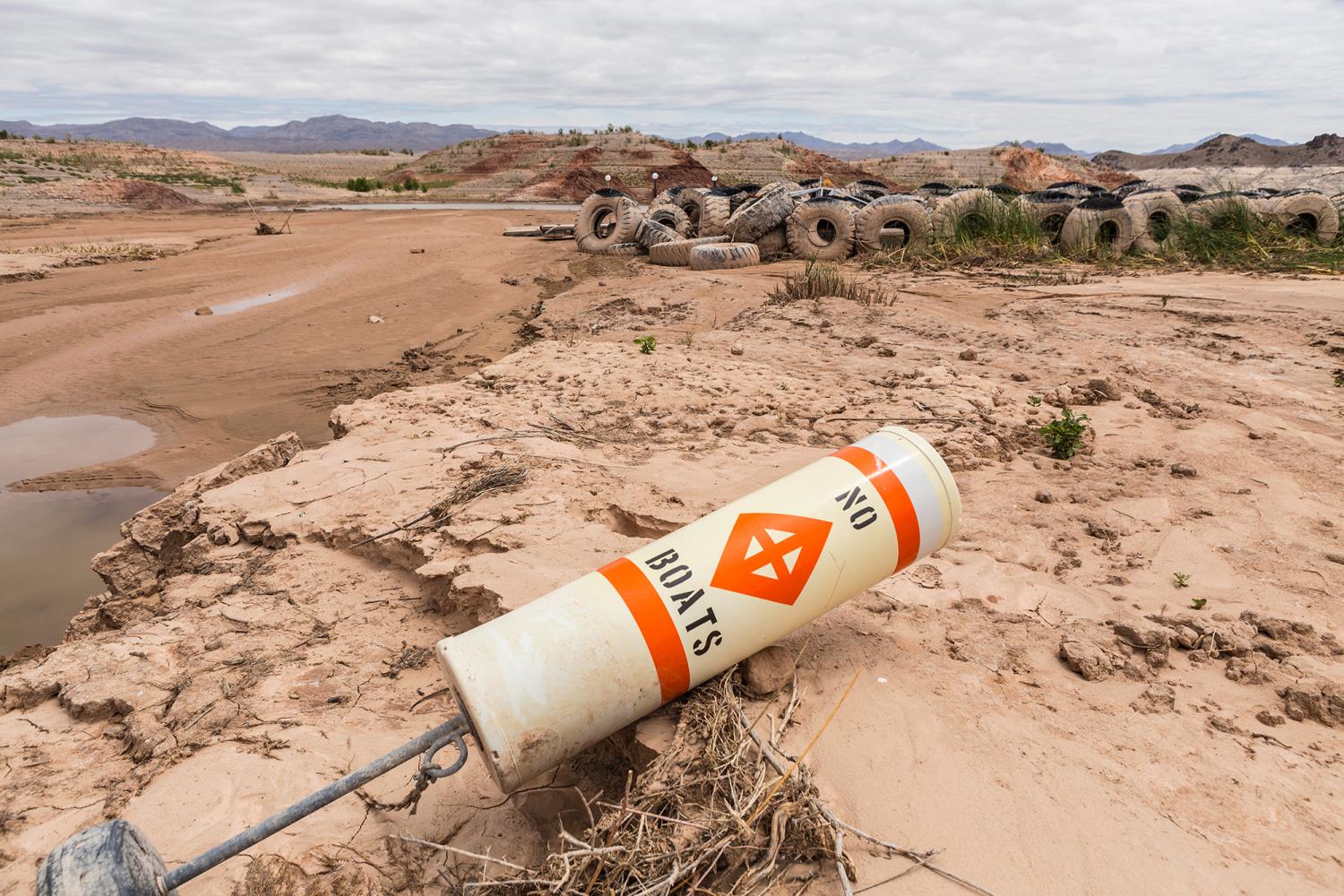 Listen to this story

Two decades of the Southwest megadrought have marked Arizona’s driest period in 1,200 years.

With climate change in full swing, greenhouse emissions well above pledged targets and the state facing cutbacks to its share of dwindling Colorado River water, many wonder: Is drought the new normal?

In an ideal world, drought would be as simple as the settings on a hair dryer: more heat, more evaporation.

But it’s not an ideal world, and less so every day, thanks to climate change, rising water demand — and changing land use.

“There's this big connection between what's on the land surface – is it a forest? Is it a shrubland? Is it an agricultural area? — and the water that it produces,” said hydrologist Enrique Vivoni of Arizona State University.

The Colorado River below Glen Canyon Dam.U.S. Bureau of Reclamation

Drought involves more than inches of rainfall or acre-feet of streamflow; it’s about systems: Different plants and soils cause water to soak in, evaporate or run off; different large-scale patterns like sea surface temperatures or the jet stream can mean a dry winter or a wet one.

"Getting missed by the jet stream has big implications on the Colorado River," said Vivoni.

Arizona draws a third of its surface water from the Colorado.

Half of the state’s rainfall is fed by the erratic southwestern monsoon, much of which evaporates or runs off.

“The big floods on the major rivers — the Salt, the Verde, the Gila, the Little Colorado — a number of those are from atmospheric river storms in the winter,” said Marty Ralph, director of the Center for Western Weather and Water Extremes at Scripps Institution of Oceanography at UC San Diego.

“So this resulting imbalance in the way that our infrastructure works with the natural environment is something that we have to adapt our infrastructure to,” said Dave White, director of the ASU’s Global Institute of Sustainability and Innovation, who leads the southwest portion of the U.S. National Climate Assessment.

Going with the flow

In the Colorado River system, nature is part of that infrastructure: Winter snowpack in the Colorado and Wyoming mountains stores water, which melts in springtime and flows to reservoirs, where it provides water and power to meet summer’s high demand.

Throwing off that timing amounts to chucking a wrench into the meticulously managed waterworks, upsetting water rights, interrupting power generation and potentially choking the farms that consume up to 80% of Arizona’s water. 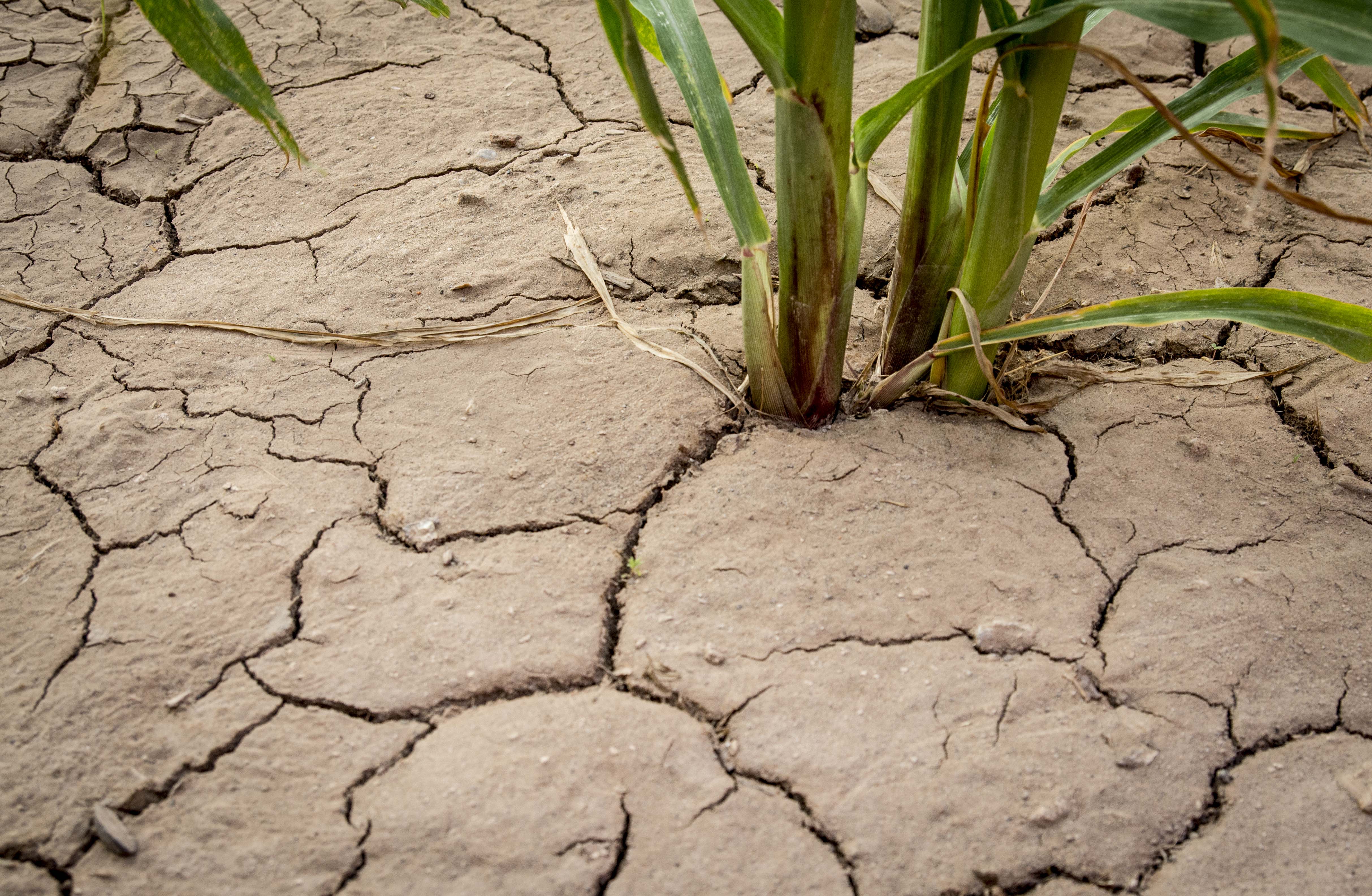 There were more than 19,000 farms in Arizona in 2017, according to the latest data available from the Census of Agriculture. Katherine Davis-Young/KJZZ

“When does the snow have to fall? Does it fall as snow or rain? How does that snowpack evolve? Does it melt earlier or later?” said Vivoni.

“The changes of the last 20 years have been pretty substantial in terms of the amount of runoff coming into Lake Powell,” said Ralph.

Last spring, to keep hydropower running, the federal government for the first time kept water in Lake Powell and did not release it to Lake Mead.

As their famous “bathtub rings” reveal, the two reservoirs now stand at one-quarter capacity, approaching "dead pool" — a point at which the water drops so low it can no longer flow downstream.

And that’s not all.

“We run the risk of reservoir levels reaching below where the intake is where we draw the water out,” said White.

“There's some evidence that Southwest Colorado in particular is maybe aridifying at a faster rate, or more intensely,” said Kathryn Sorensen, director of research at the Kyl Center for Water Policy at ASU’s Morrison Institute for Public Policy.

Baking out so much moisture takes time; recovering — even with decades of perfectly timed, above-average rain and snow – could take longer.

“And coming out of a drought isn't necessarily the same pathway as going into a drought,” said Vivoni.

Research published in the journal Science suggests the average annual Colorado River discharge has diminished about 9% per degree Celsius of warming.

“You do see this consistent decline in water availability with the increase in temperature,” said White. 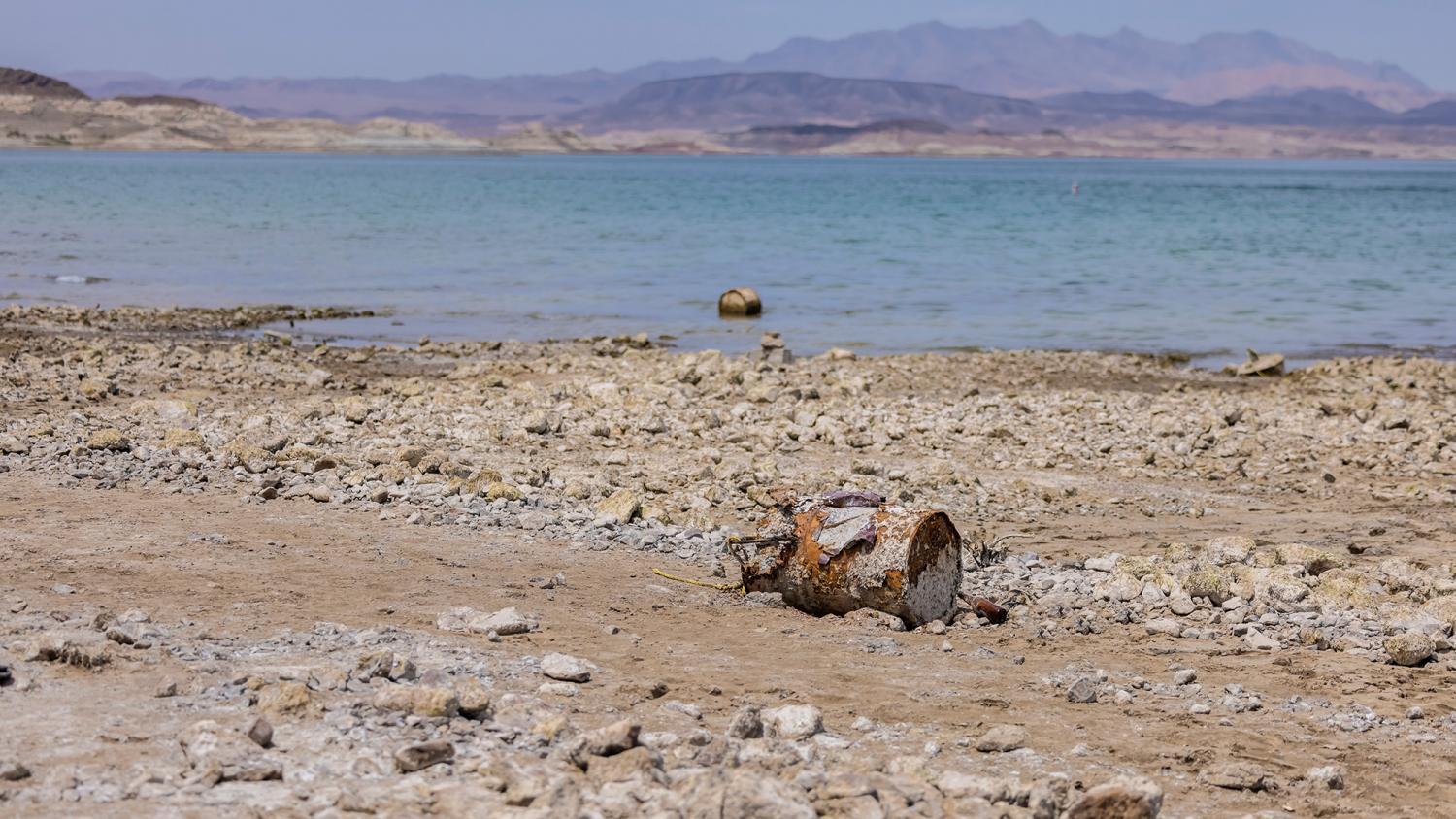 Barrels on the receding shoreline of Lake Mead. Getty Images

So, is drought the new normal?

No, but something worse probably is: aridification.

Many experts think it’s time to stop viewing present circumstances as something to bounce back from and instead accept them as escalating problems to be managed.

“I think we have to manage as though this drought is going to last, or that the aridification of the Colorado River Basin is permanent,” said Sorenson.

But the politics of water remain, as Sorenson puts it, “very, very tough.”

“There's going to have to be pain in the Colorado River Basin; we have to use significantly less water. That is not an easy undertaking,” she said.

Emerging technologies can help, but experts say real progress will require leadership that can unite people from diverse and often competing interests around a water vision for the West.

Explore all the stories in KJZZ's 'Every Last Drop' series

→ Arizona's water supply is shrinking, but its population is growing. Is it sustainable?
→ Groundwater is critical to rural Arizona — but there's a struggle to regulate it
→ Is drought in Arizona and the Southwest the new normal?
→ To better understand Arizona's water supply, we retrace its origins
→ How much can at-home conservation impact Arizona's water shortage?
→ How Scottsdale's drought plan has reduced the city's water footprint
→ Gray water’s untapped potential is clouded by complexity
→ As drought worsens, will Arizonans see higher water bills?