Arizona’s health department is reminding residents to take precautions around fresh water after a boy who swam in Lake Mead died from exposure to a rare brain-eating amoeba.

The boy swam on the Arizona side of Lake Mead in late September. He was a Nevada resident, and the Southern Nevada Health District recently confirmed his death was caused by the organism Naegleria fowleri, which enters the body through the nose and attacks the brain.

“Though certainly this is a very scary disease and it’s almost always lethal, it is extremely rare for humans to be infected," said Kimberly Franich, communicable disease manager with the Southern Nevada Health District.

This is the first known case of human exposure to the amoeba in Lake Mead, according to the National Park Service.

The Centers for Disease Control and Prevention reports there have been just eight other cases in Arizona in the past 60 years. On average, the U.S. reports three deaths related to the amoeba per year. Most U.S. cases have occurred in Texas and Florida. Exposure most often happens in lakes, ponds or reservoirs in July or August.

“People can limit the amount of water that goes up the nose when they’re swimming, avoid putting your head underwater, and also avoid stirring up the sediment in shallow, warmer waters,” Franich said.

Franich said the amoeba cannot be spread person-to-person and you cannot be infected by drinking water. 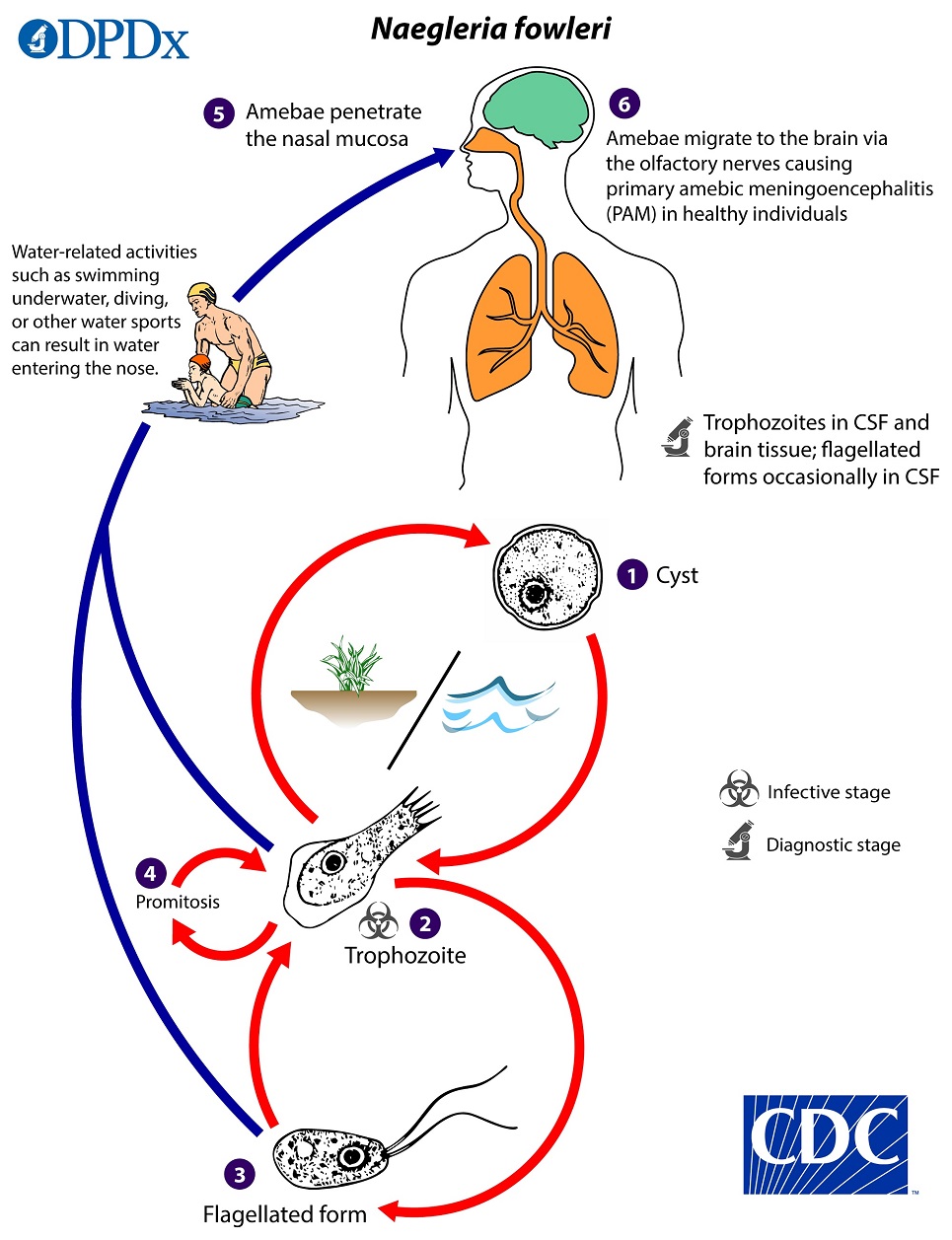