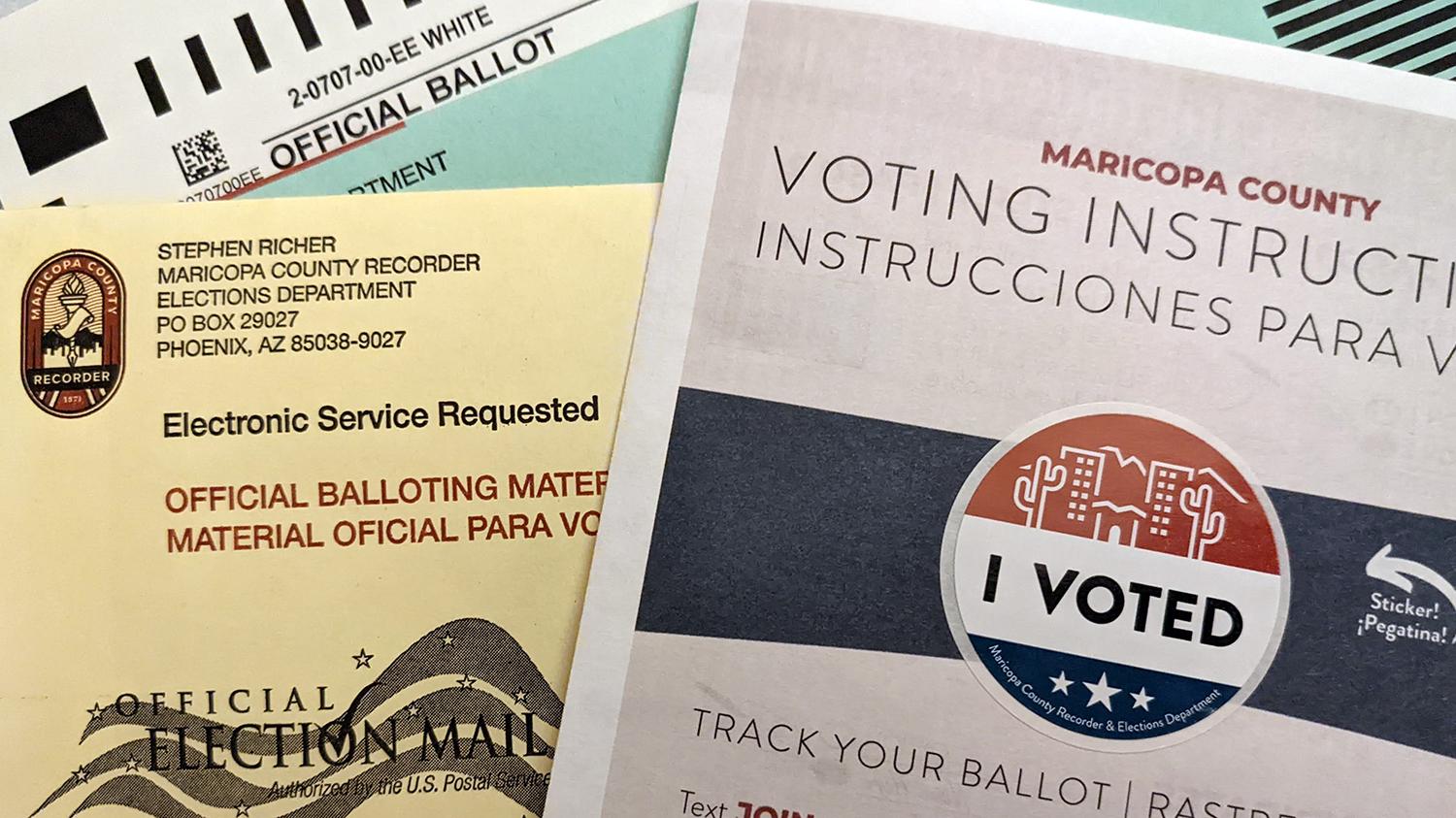 KJZZ
An early ballot for the 2022 primary election in Maricopa County.

Officials say voters should not expect a complete count by Tuesday. Maricopa County Recorder Stephen Richer said the number of early ballot drop-offs on Election Day will determine how long the count of ballots could potentially be.

“If it mirrors the August primary then it would be 70% would be available right at 8 p.m., another 12-13% by the end of the night and then those early ballot drop-offs would then be the tail on that,” he said.

Richer also notes the possibility of an uptick of Arizonans who choose to vote on Nov. 8. These votes are valid but would be counted at different times.