Laser attacks can blind some self-driving cars to objects, pedestrians

Four years after a self-driving car killed a pedestrian in Tempe, a new study reveals a way to fool autonomous vehicles into thinking the road is clear, even in the presence of moving pedestrians and other obstacles.

The findings will be presented at the 2023 USENIX Security Symposium.

The laser-based cousin of radar and sonar, lidar bounces laser pulses off surround objects and uses echoes and timing to sense shapes and discern distances even in darkness or bad weather.

But when researchers used publicly available data to synchronize their own projected pulses to one such sensor, they found they could trick the system into ignoring genuine data in favor of their signal showing open road.

The authors also offered suggested ways to defend against the attack.

Waymo says the attack would not affect its vehicles because their lidars and algorithms differ, include safeguards against interference and overlap their lidar coverage with video and radar. 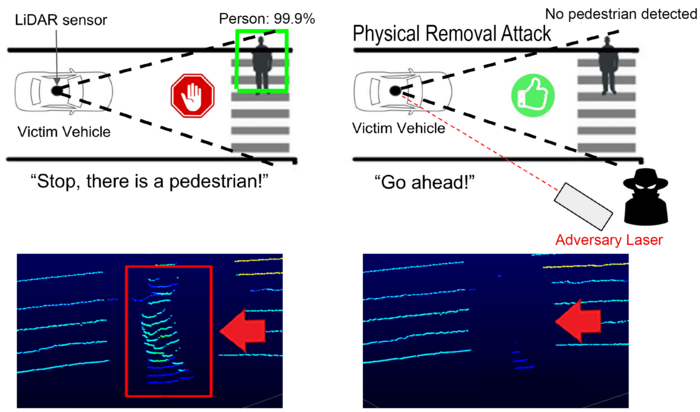 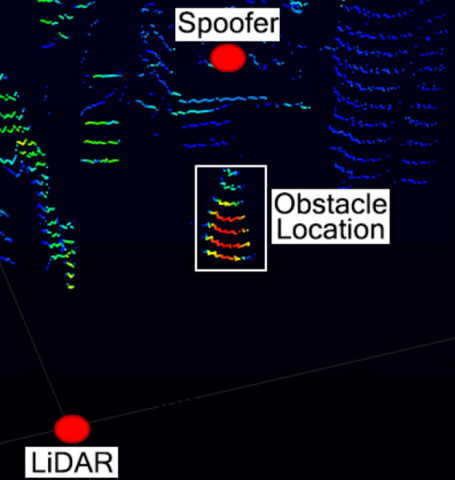 Sara Rampazzi/University of Florida.
This image shows how the attack uses a laser to inject spoofed data points to the lidar sensor, which causes it to discard genuine data about an obstacle in front of the sensor. 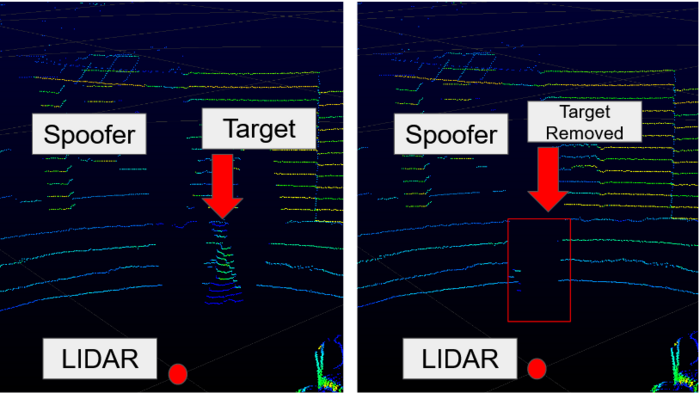 Sara Rampazzi/University of Florida.
The attack deletes data in a cone in front of the vehicle, making a moving pedestrian invisible to the lidar system within that range.
Science Transportation