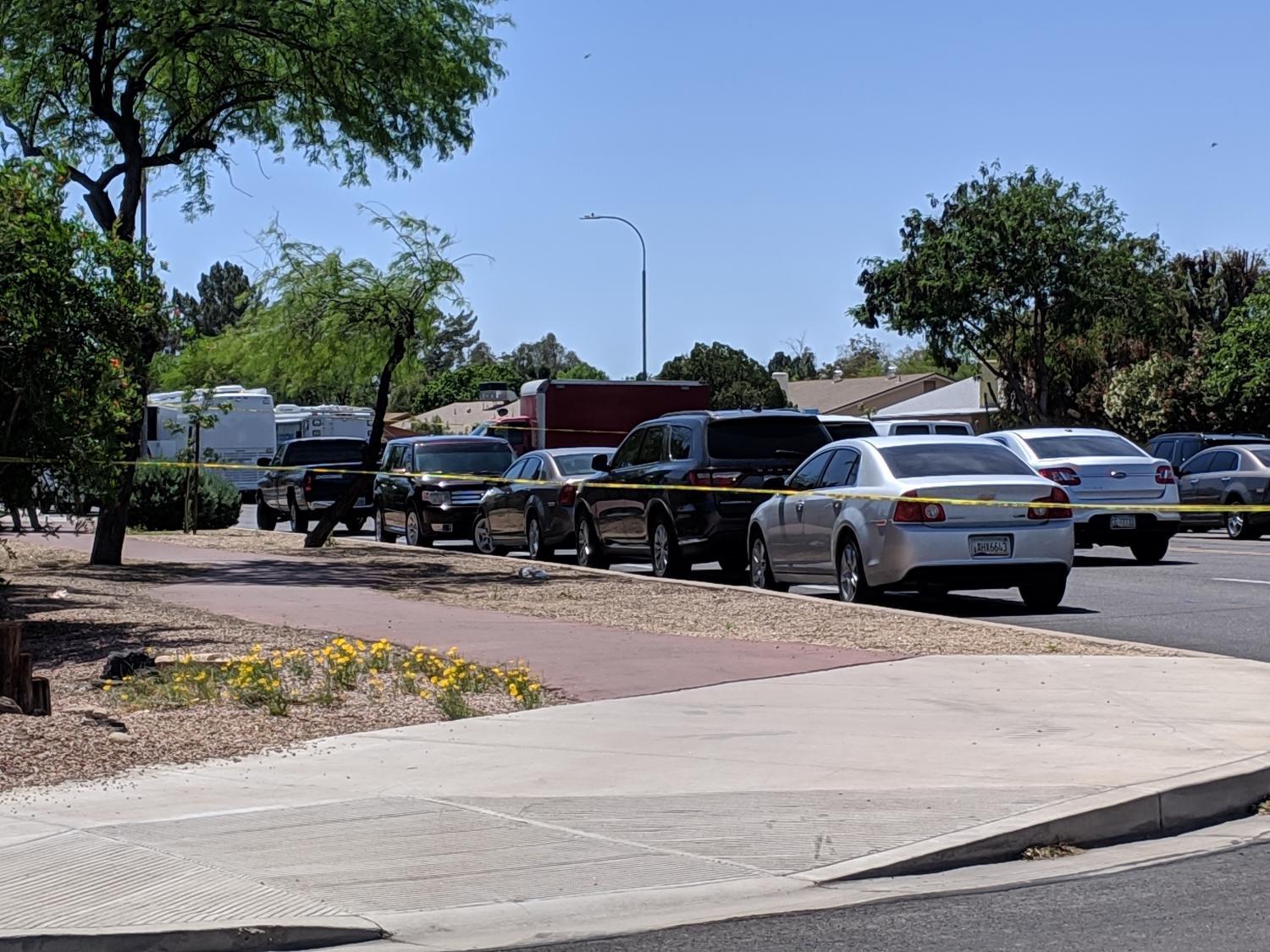 Sky Schaudt/KJZZ
Authorities say federal agents were involved in a shooting in southeast Phoenix in 2019.

In 2019, a Tucson man believed to be a human smuggler opened fire on federal agents with an AK-47 style gun while the agents tried to arrest him in Phoenix.

Now Warren Evan Jose has been sentenced to spend decades in prison for the shootout that rattled suburban Ahwatukee.

Jose started shooting after his driver rammed a vehicle with federal agents, which then crashed into a tree and wall.

Jose and an undocumented passenger were wounded. Jose’s driver was killed.

Scott Brown is special agent in charge of Homeland Security Investigations in Arizona, part of Immigration and Customs Enforcement. Brown said the confrontation with Jose is among the most brazen and dangerous he’s encountered here.

“Both with the vehicle ramming and the indiscriminate gunfire, which literally my agents only lived through by sheer luck,” said Brown.

Federal prosecutors said shots fired by Jose hit an agent in the shoulder and another round grazed his head.

A judge recently sentenced Jose to more than 36 years in prison.