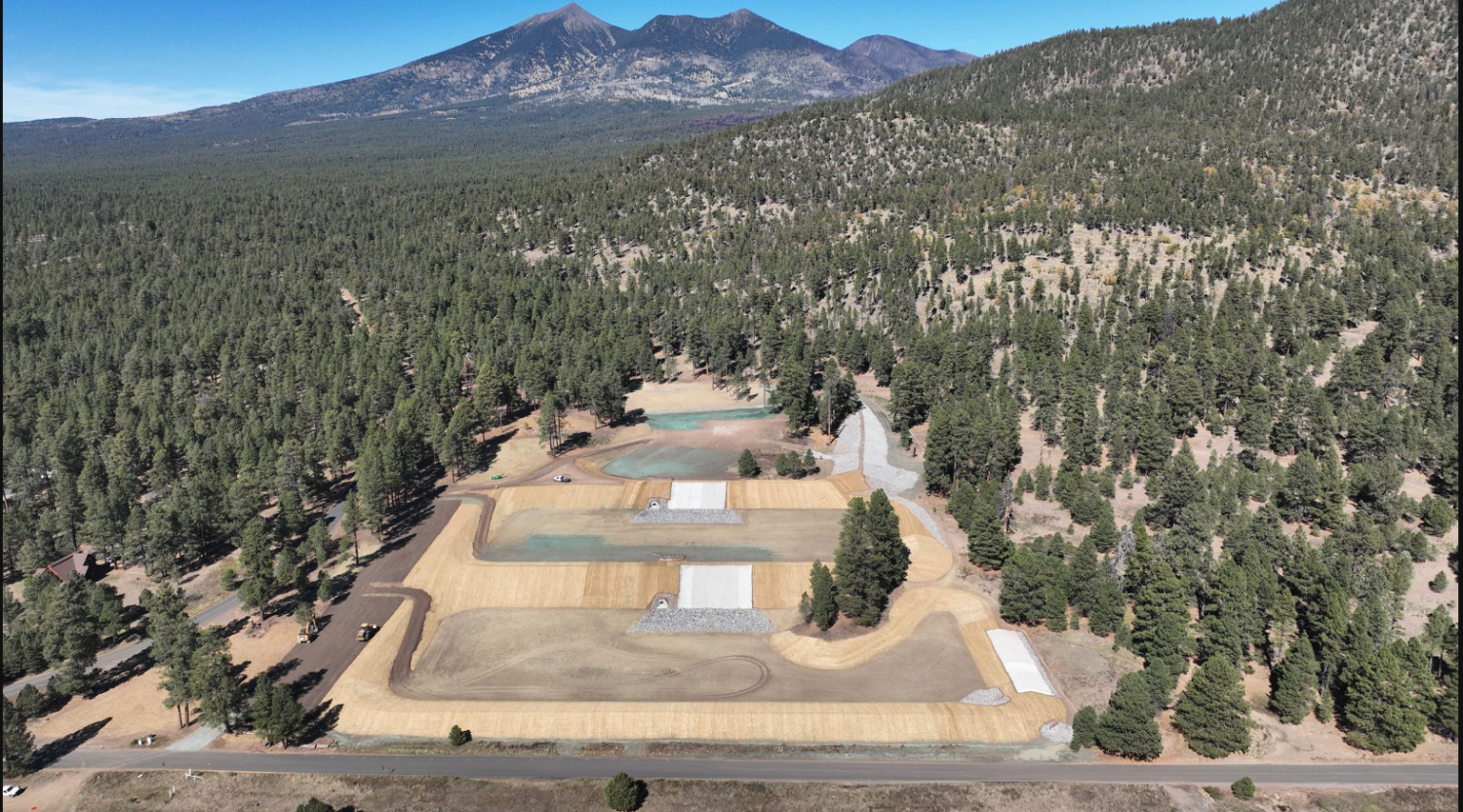 Flagstaff city officials announced the completion of a detention basin on the city’s west side that will help protect homes from flooding.

The city used federal and state funding of over $3 million to complete the project.

"This has gotta be probably the fastest capital project we ever had," he said. "In less than three months we went from a fire to designing the project, planning it out bidding it out, having a contractor come on board and constructing it," Stormwater Manager Ed Schenk said.

The basin was built after the massive Pipeline Fire destroyed watersheds on the San Francisco Peaks in June.

Much of the area burned within the fire’s first two days and threatened a large neighborhood as well as downtown Flagstaff.

With the immediate threat of a massive flood reduced, officials will build culverts along Highway 180 downstream of the 56-acre detention basin. 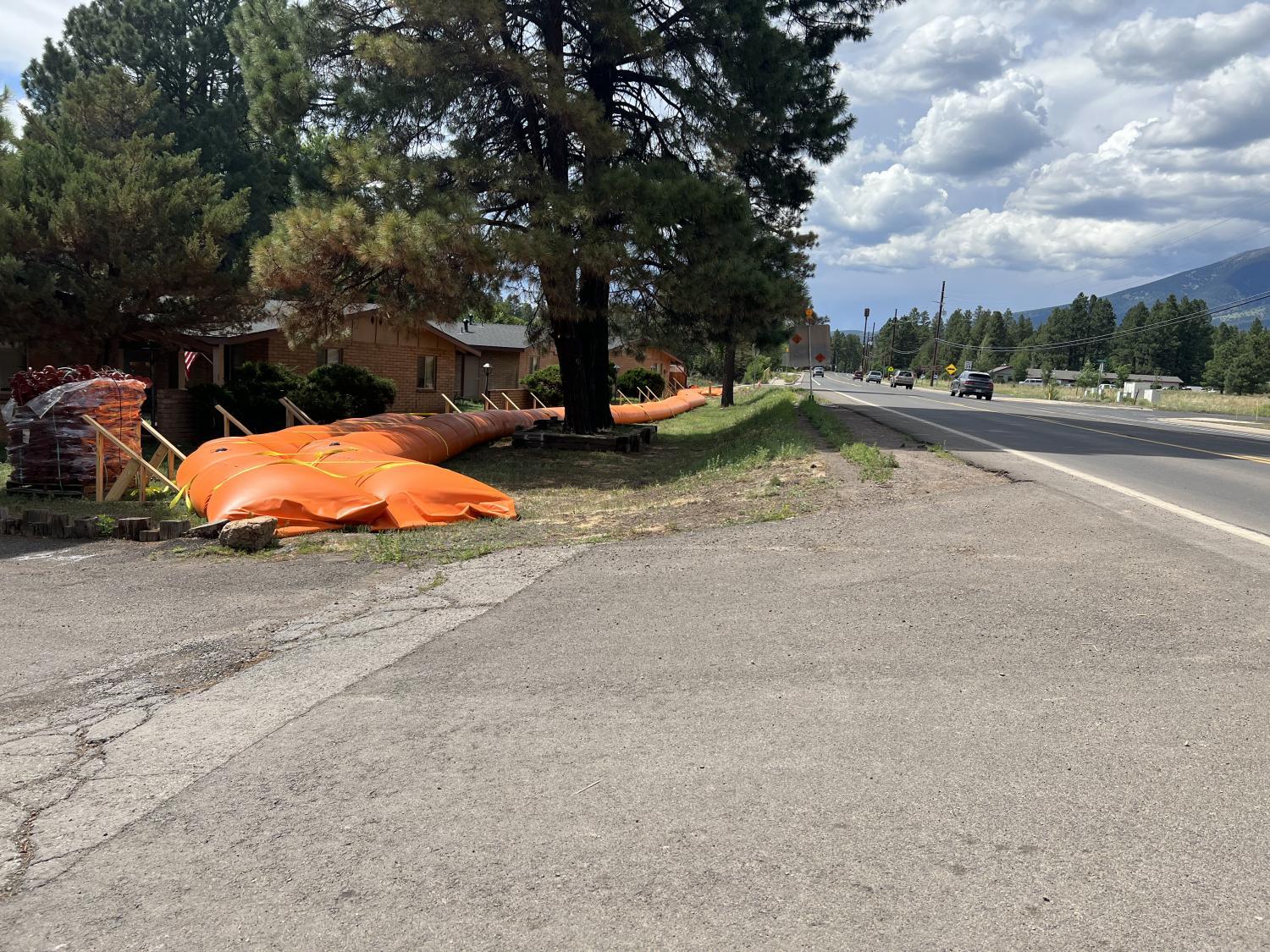 Michel Marizco/KJZZ
Water-filled so called "tiger barriers" were erected on Flagstaff's west side to ward away waters from area homes.
Fronteras Water Wildfires