Obama, Democrats say democracy is at stake in the Arizona midterm election 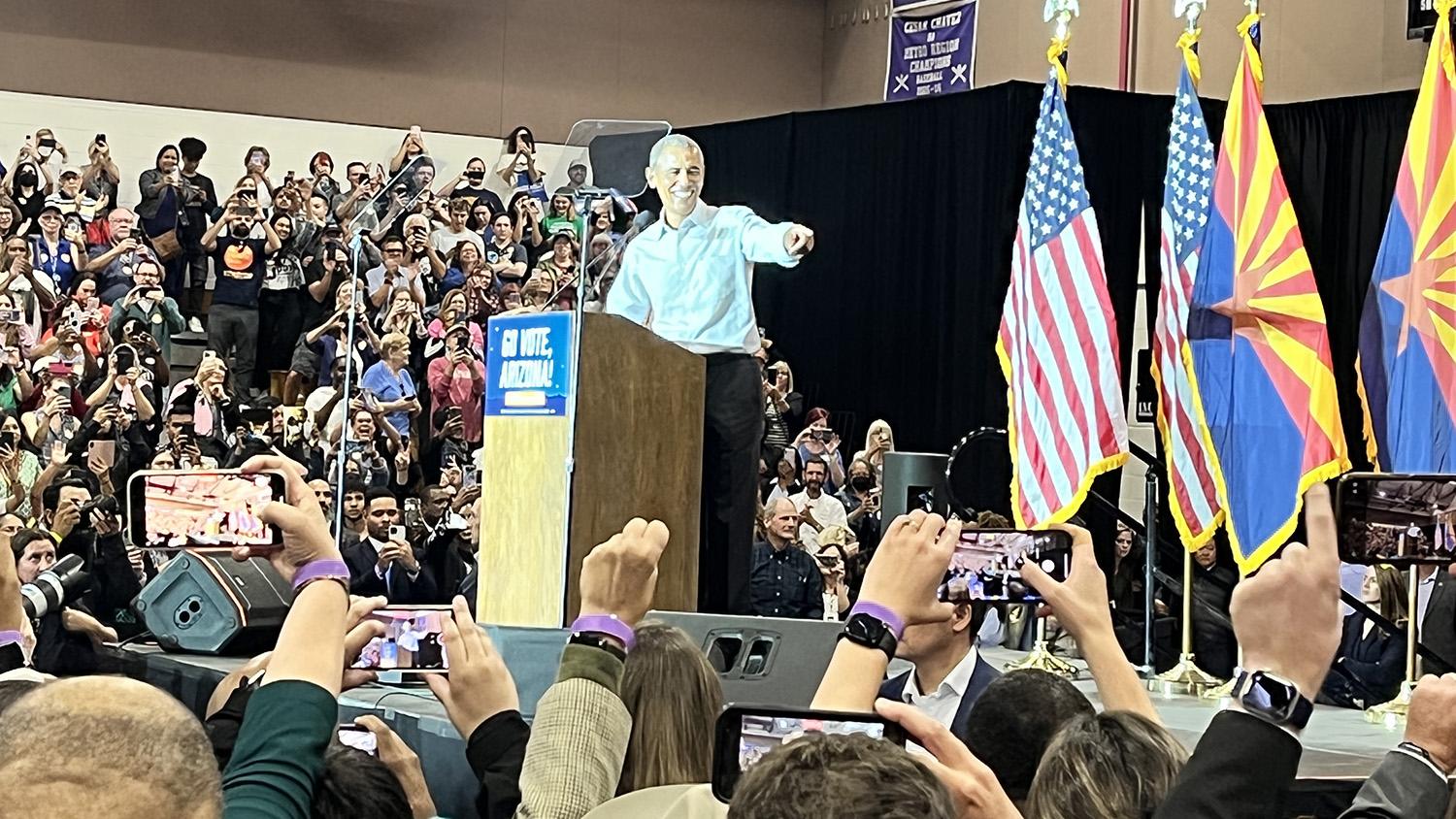 Former President Barack Obama and a slate of statewide Democratic candidates say nothing less than the fate of democracy is at stake in Arizona during this midterm election.

At a rally in Laveen on Wednesday night, Obama and Democrats like U.S. Sen. Mark Kelly and gubernatorial hopeful Katie Hobbs criticized their GOP opponents — a slate of Trump-endorsed Republicans who continue to claim the 2020 election was stolen.

Obama warned a crowded high school gymnasium that democracy would be undermined if those Republicans are elected.

“If you’ve got election deniers serving as your governor, as your senator, as your secretary of state, as your attorney general, then democracy as we know it may not survive in Arizona,” Obama said. “That’s not an exaggeration, that’s a fact.”

Kelly criticized Republican Blake Masters for recently renewing his claims that the 2020 vote was rigged at the encouragement of former President Donald Trump — and casting doubts on the outcome of the current midterm election. 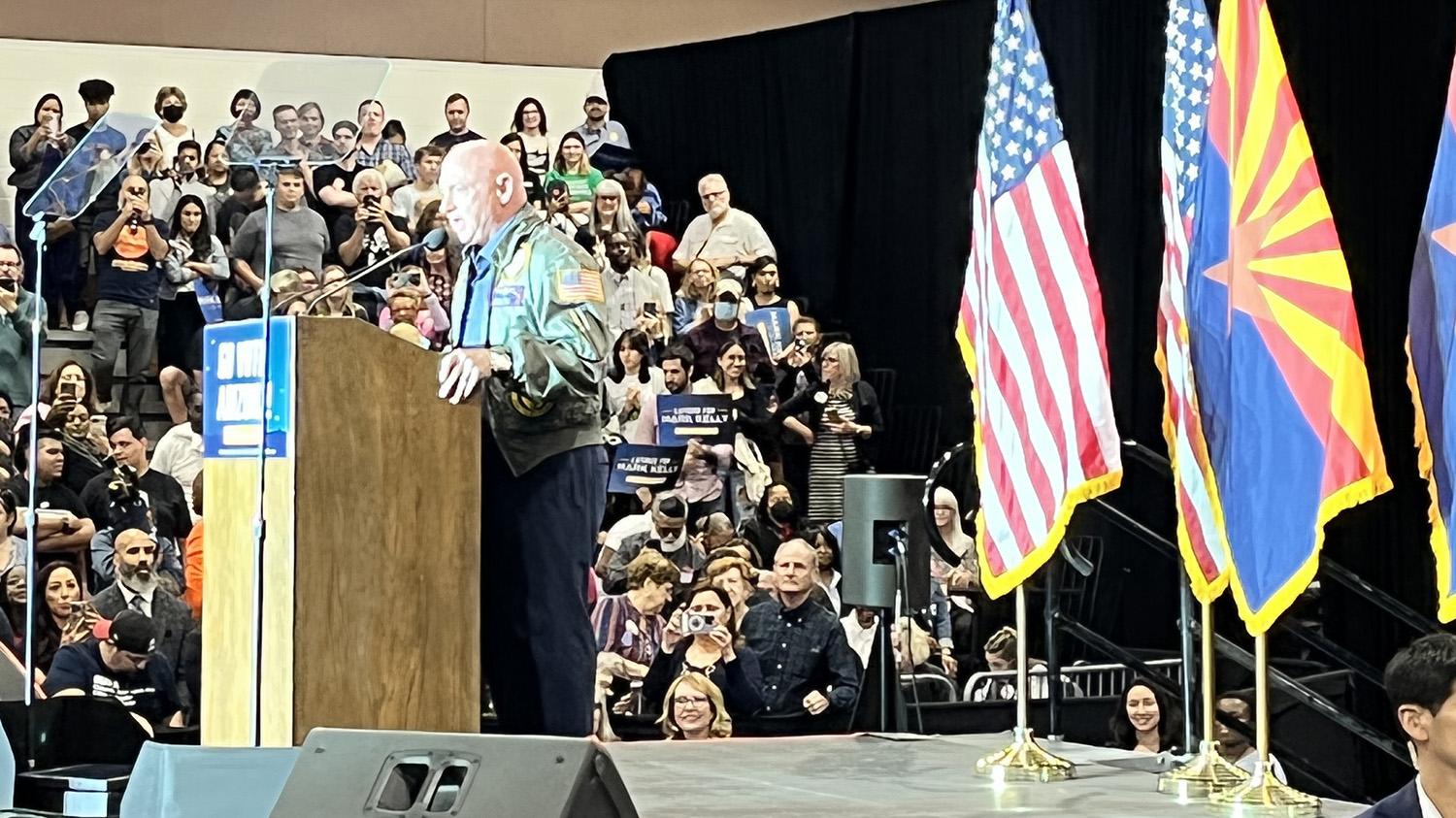 “So after getting a phone call from a guy in Florida a few weeks ago, Blake Masters is again saying that the 2020 election was stolen,” Kelly said. “But worse than that, worse than that, he is now questioning the results of an election that is still six days away. This is dangerous folks.”

Hobbs accused Lake of undermining democracy with continued false claims about the 2020 vote — and urged Arizonans to use their vote to ensure democracy survives.

Obama’s Arizona visit was his latest stop in swing states, including recent trips to Georgia and Nevada. The former president has been visiting states passed over by President Joe Biden, whose popularity has lagged ahead of the midterms.\ 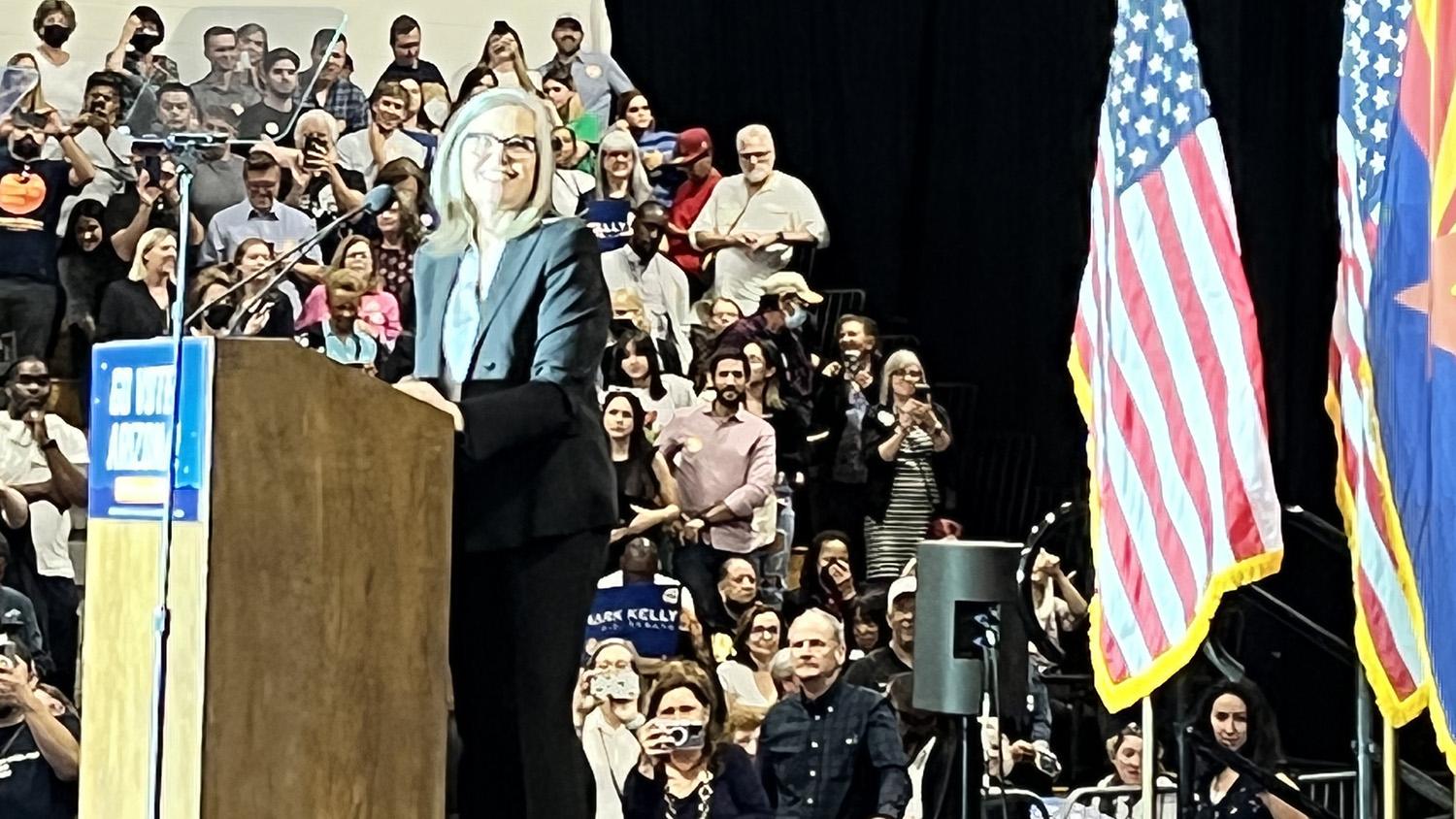