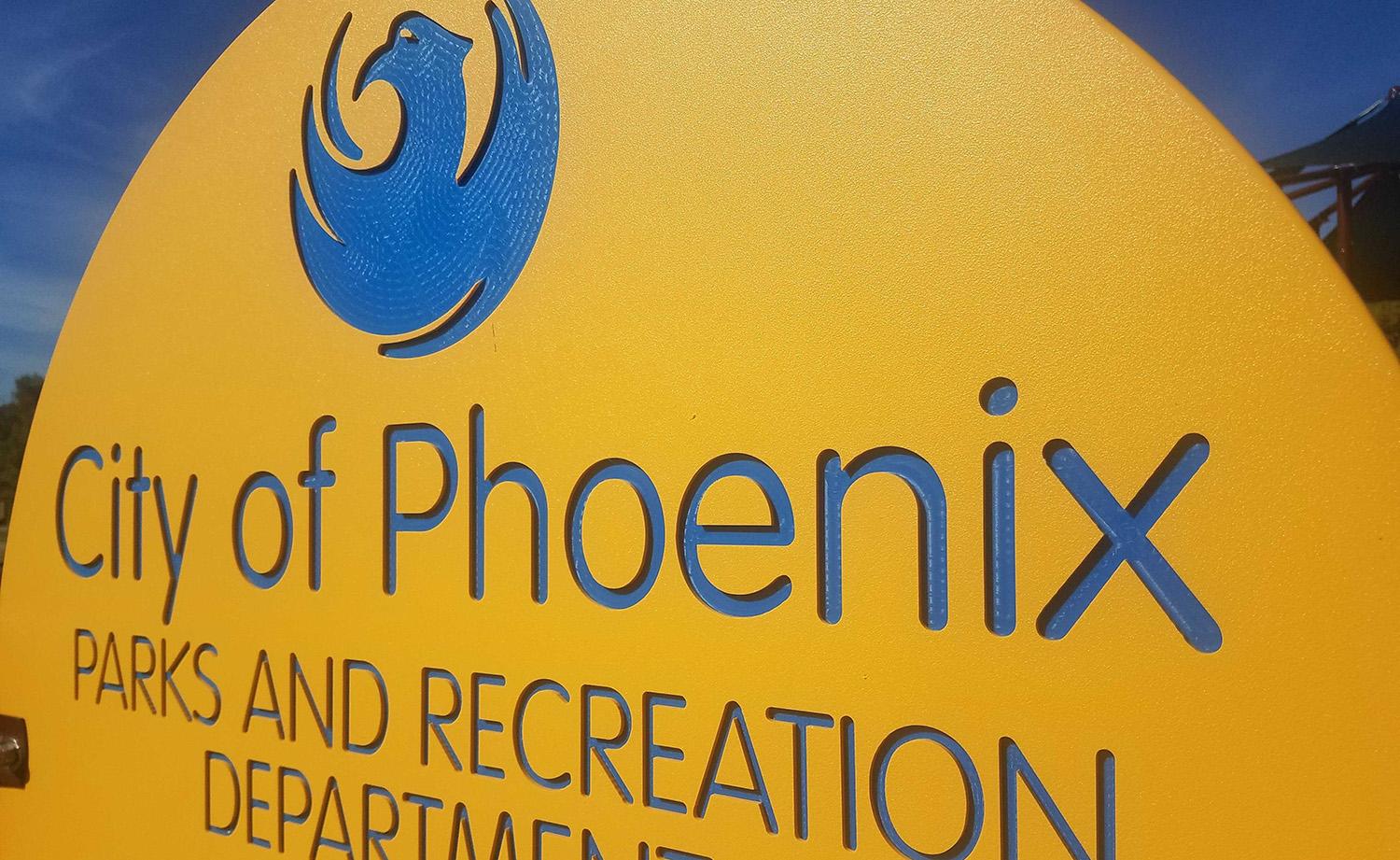 Sky Schaudt/KJZZ
A sign at the playground at Cortez Park in Phoenix.

On Wednesday, the Phoenix City Council approved a pilot program to add overnight security to 11 city parks, along with Cholla Trail at Camelback Mountain.

“I think the best thing is to have people looking for trouble, finding it, reporting it to police or park rangers and addressing it immediately,” Waring said.

“I want parks to be secure but I don’t want to waste our money just to make ourselves feel good-feel like we’re doing something when it’s just going to push around the problem,” Ansari said.

Ansari, along with Vice Mayor Laura Pastor and Councilmembers Betty Guardado and Carlos Garcia wanted the estimated $800,000 for private security to be used to hire park rangers to work overnights, and to add lighting and organize more public events at parks. Several members of the public criticized the pilot program as targeting people experiencing homeless or substance abuse issues.

“I want to make sure that I can say and go out to my constituents, that our parks are safe but that isn’t the case and to me, this isn’t the solution,” Pastor said. “I don’t want any more Band-aid solutions, I actually want solid changes.”

“I am all about finding a whole solution and attacking it from multiple places, but this is what my constituents want, need and deserve,” O’Brien said.

Cortez Park located at 35th and Dunlap avenues is in O’Brien’s district and topped the list of park’s with the most rule violations and illegal activity. Last month, a dead body was discovered in the lake at Cortez Park.

O’Brien and Councilman Jim Waring said if other council members do not want park security in their districts, they would gladly take the service. Councilwoman Debra Stark shared a similar sentiment with KJZZ News last month.

Eight parks were selected based on the number and types of code of conduct violations and trespass notices. Three more parks were included to represent all districts.

Councilman Sal DiCiccio also requested Cholla Trail at Camelback Mountain be added. The six-month pilot program could begin as early as December with security provided seven days a week between 8 p.m. and 10 a.m.

According to a council report, unarmed guards would “rove  between two to three park locations and would perform duties such as patrolling the park, educating the public about park rules, addressing code of conduct violations by notifying Parks and Recreation staff, opening and closing restroom facilities and/or park gates where applicable, ensuring the park is clear of users upon park closure, relaying information to PHX CARES, contacting Park Rangers for assistance, and calling Phoenix Police for emergency purposes or crimes occurring within the park.”

Phoenix has been using private security services at three downtown parks and the pilot program would expand service. Civic Space located directly across from ASU has used private security since 2009 and around 2013, the city added patrols to Margaret T. Hance and Heritage Square parks.

Parks Directory Cynthia Aguilar told the council that parks with security services are not experiencing incidents of vandalism and drug use seen in other parks.