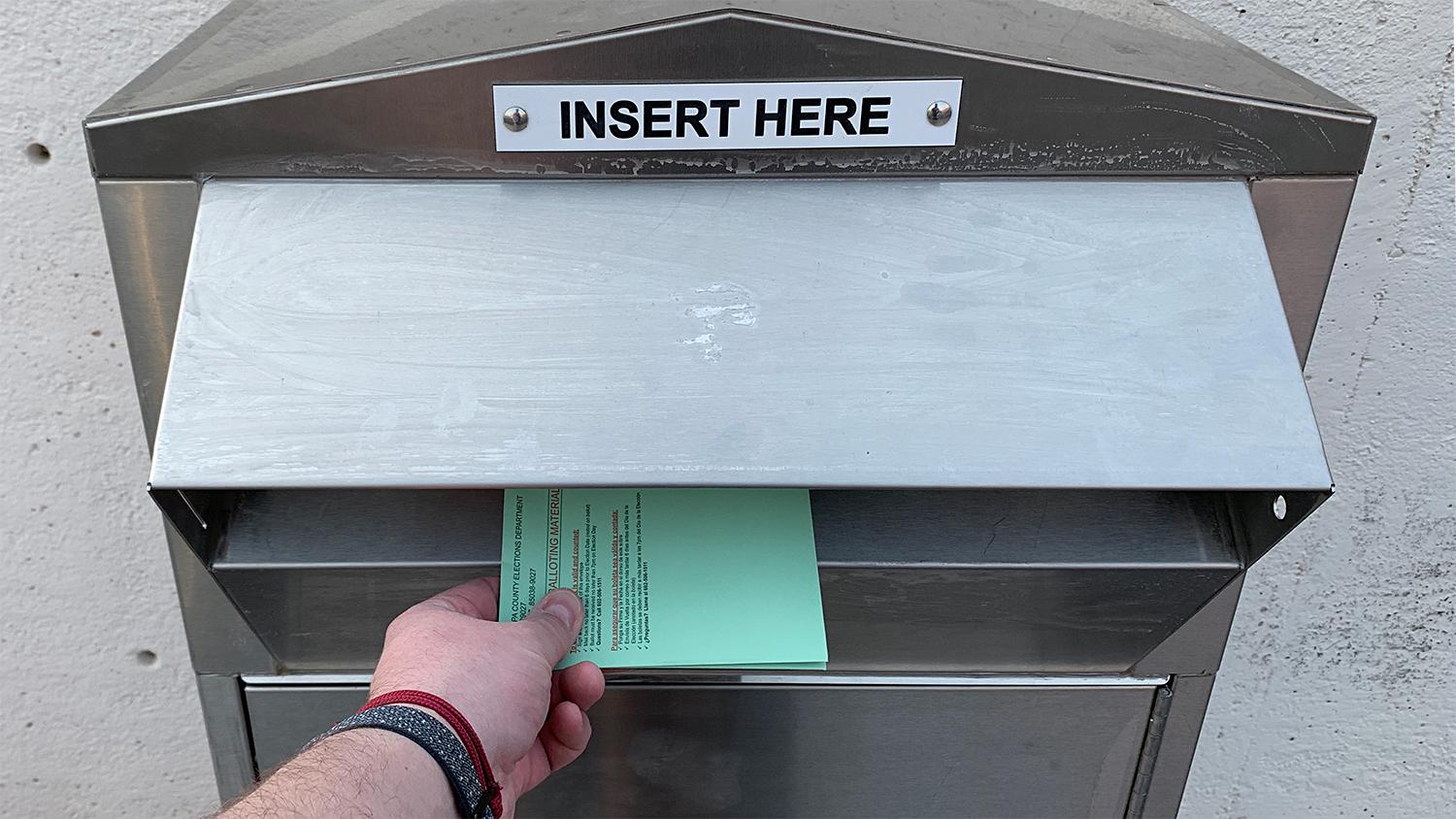 A federal judge late Tuesday immediately shut down most of the activities of those monitoring ballot drop boxes.

In an extensive temporary restraining order, Judge Michael Liburdi acknowledged that there is a First Amendment right of people to "gather on a public sidewalk and watch at a distance.'' That includes members of Clean Elections USA.

"But I do think balancing that right against the right of voters to exercise their vote without legitimate fear of intimidation or harassment is appropriate here,'' the judge said after a five hour hearing. And Liburdi said there was evidence that was happening.

He particularly cited the testimony of a 51-year-old Mesa resident, whose identity was not disclosed to those in court, who told of being approached within 30 feet and questioned when he and his wife went to drop off their ballots at the Maricopa County Juvenile Court Center.

"My wife was terrified,'' he said. And he said he felt he was being bullied.

"There were more of them than me approaching us,'' he said.

The man also said he purposely drove backwards away from the box so those monitoring the site could not get a shot of the license plate of his wife's car which he was driving.

Of note is that Melody Jennings, founder of Clean Elections USA, later went on Steve Bannon's War Room podcast, showing video of him and the incident and saying "this is the guy,'' implying he was a "mule'' depositing more ballots into drop boxes than allowed by Arizona law.

There also was testimony by members of the League of Women Voters, which filed suit to seek the injunction, who said they would have used the drop boxes but had to drop their ballots in the mail, which they consider less secure, because they did not want to be intimidated.

The order signed by Liburdi:

About the only thing Liburdi did not do is preclude watchers from gathering on the sidewalk -- at least 75 feet away -- and writing down, for whatever reason, what they see.

Attorney Alexander Kolodin who represents Jennings and her organization said no decision has been made whether to appeal.

Tuesday's order is a sharp departure from the judge's refusal last week to grant a similar request for an injunction in an earlier lawsuit.

The difference, Liburdi said, is there was no clear evidence at that time that anyone actually had been threatened or intimidated. And without that, he had to err on the side of saying that people have a First Amendment right to not only watch but also to videotape.

But he said what he heard Tuesday convinced him that those activities actually were interfering with the rights of voters.

"It is paramount that we balance the rights of defendants to engage in their constitutionally protected First Amendment activity with the interests of plaintiffs and voters in casting their vote in a manner that's free of intimidation and harassment,'' Liburdi said. "I believe that the temporary restraining order achieves that purpose.''

The judge was not swayed by arguments by attorneys for Jennings that there was no evidence that the people who were hanging around drop boxes and taking pictures of voters were actually members or volunteers of Clean Elections USA. He pointed to a social media post by Jennings with a picture of the incident involving the Mesa resident where she suggested that he was acting illegally along with a message, "I need people there tonight to help my people, lots of you.''

Even before Tuesday's hearing, attorneys for Jennings and her organization had agreed to some restrictions, like staying at least 75 feet from ballot boxes and keeping openly armed individuals at least 250 feet away.

But they strongly objected to any limits on taking videos, especially if those with the cameras were standing outside that 75-foot limit.

Kolodin told the judge there's no basis for that. And he also said that such a court order limiting what his clients could do ignores what everyone else already does -- including TV news crews.

"From my clients' perspective, those stories and that commentary tends to be fairly negative towards their point of view,'' he said. "And they have a right, just like the Washington Post does, just as a blog like the Daily Beast does, to take photographs and comment on what they think they are observing.''

And Kolodin said if those taking and posting videos alleged someone was committing a crime "they would be liable for defamation.''

Liburdi did not agree, saying taking the videos and posting them can intimidate voters.

Kolodin also objected to what he called the "prior restraint'' of ordering Jennings not to make any legally incorrect statements that the state's ballot harvesting law makes it a crime to handle anyone else's voted ballot. He told the judge that someone who is not an attorney and does various interviews should not be subject to court sanction for misquoting the law.

"You can provide your client with a memo on what kind of information she can share,'' the judge said.

"This order does not in any way prohibit Ms. Jennings from correctly stating what the law is,'' he continued. "I just have a problem with her stating it incorrectly in a way that is intimidating or coercive to individuals who are looking to exercise their to vote.''