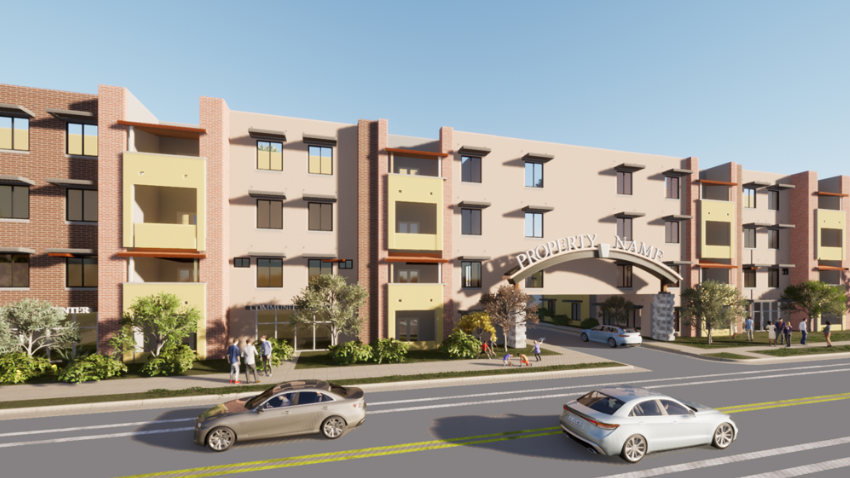 Gorman and Company
A rendering of Villas on McQueen in Chandler. The public housing project is anticipated to be completed in early 2025.

The Chandler City Council has approved a development project at the southeast corner of McQueen Road and Chandler Boulevard. It will create more than 150 public housing units. Sizes range from one to five bedrooms.

Older adults, persons with disabilities and veterans will be given priority for residence at the housing site which is funded through multiple state and federal programs.

According to Amy Jacobson, Chandler housing and redevelopment manager, the projected estimated total project cost will be $51M.

The project is expected to be completed in early 2025.