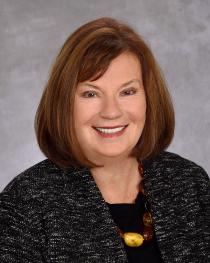 As Election Day gets ever closer, the number of TV and digital ads, mailers and other evidence of campaigns nearing the finish line is on the rise. And a lot of that rhetoric can be pretty stark.

Here at The Show, we’ve struggled a bit with just how to cover this election season, as Arizona politics feel more divisive than every before, more focused on personality than policy. So we’re taking a different approach to our coverage this year and are trying to get to the heart of what matters to those of us who live here by focusing more on the issues than the candidates. We’re calling this coverage the Great Divide.

And that divide is perhaps no more evident than in the differences between the candidates in races up and down the ballot.

In many contests, the candidates are on complete opposite ends of the ideological spectrum. So today, we’re going to talk about political moderates — officeholders who can work with both Democrats and Republicans and whose views are closer to the middle than the extremes of either party.

To do that, The Show spoke with Susan Gerard.

The Phoenix Republican spent more than a decade in the Legislature before running the state health department under Democratic Gov. Janet Napolitano. During her time at the Capitol, she was a member of the so-called "mushroom coalition," a group of moderate Republicans who felt kept in the dark by leadership.

The conversation began by asking Gerard about her time in the Legislature and her fellow moderates.