A helicopter slinging a massive pile of cut trees wends its way across the slopes of Bill Williams Mountain. The mountain sits within the Kaibab National Forest and overlooks the small Arizona town of Williams.

"We’re here at where we call a landing. This is the area where we bring all the material that is being processed so you see the helicopter comes in, releases the cables or the chokers, drops the trees there," said David Tenney, Arizona’s forestry and fire management director. The helicopter sweeps overhead free of its load and heads back out for another run.

"So this is where they process all of it. It gets separated. The good logs go to the mills that can use them. The smaller stuff gets chipped and goes to the biomass plant or the mulch plants, whatever, they turn it into electric power or into mulch, something to treat the soil. So just about everything you see coming through here gets used in one way or another," he said.

It’s a slow tedious process; each helicopter run takes about five minutes from pickup to drop-off. And there are lots of trees to remove. This particular project is focused on a 280-acre swath of forest.

"It’s challenging right, it costs a lot of money so we have to be particular about where we want to spend those dollars," she said.

She says from that perspective, this particular mountain is worth the cost. Bottom line, it’s less expensive than battling a fire on Bill Williams Mountain’s slopes and then preparing the town of Williams for flooding.

"Is this a realistic strategy? I’m going to tell you, it’s the only strategy for these slopes. There’s no other way to get these trees out other than to fly them out and to get this material off the ground and fly it out," she said. 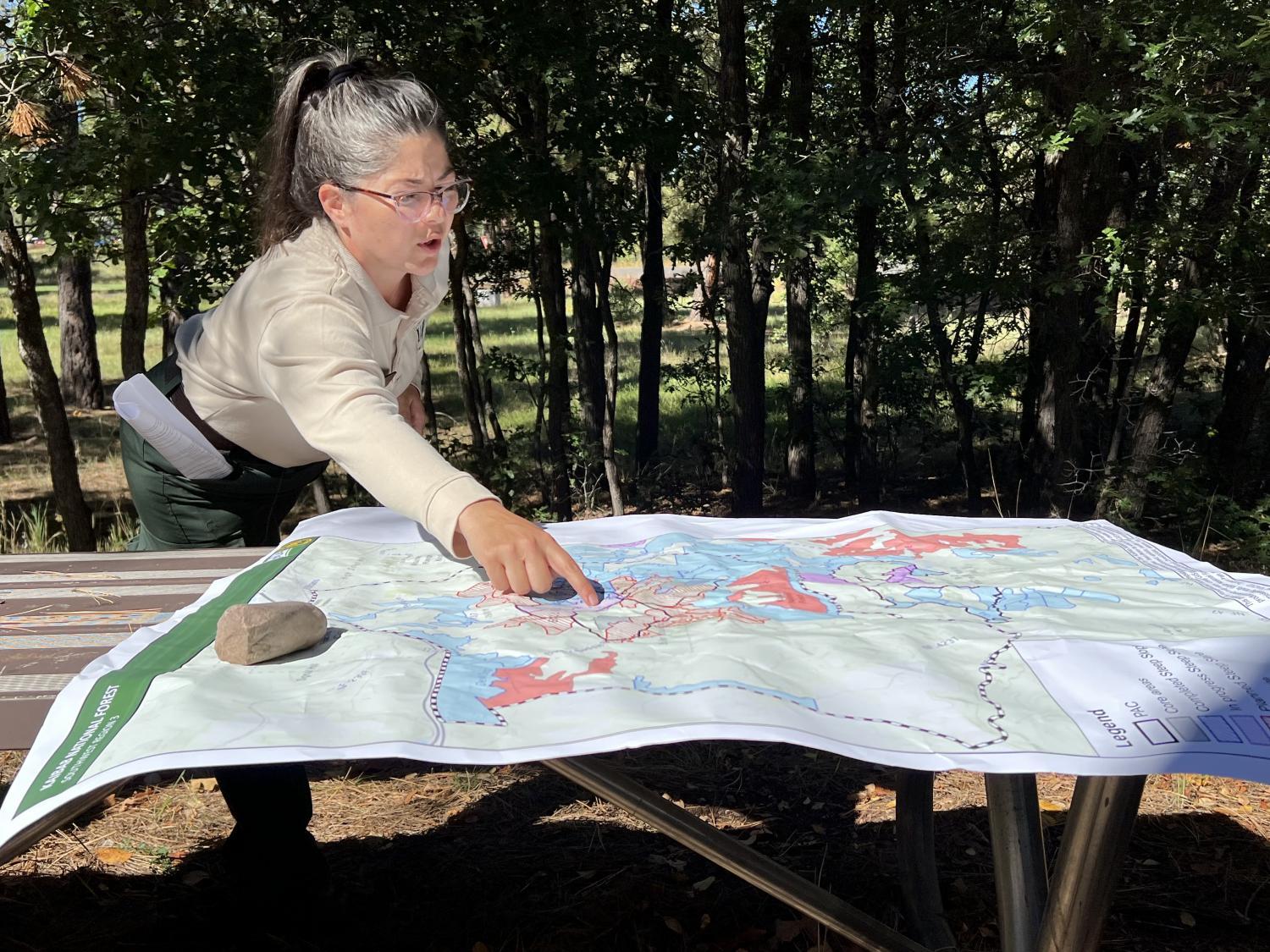 The ponderous clearing is intended to strip away wildfire’s most explosive and intense moments.

Fire modeling is underway now on Flagstaff’s San Francisco Peaks to do the same steep slope logging after three destructive fires since 2019 left much of the city under perpetual threat of flooding.

The county’s math on the costs of this operation is relatively simple, says Jay Smith, the forest restoration director for the Coconino County Flood Control District.

"If we don’t treat these acres, the $16,000 an acre can turn into a billion plus dollars of damage. Downstream the cost benefit is there for us to spend these kinds of dollars on these acres," he said.

Right now the county is footing a hefty $30 million for five years of this type of work. And the state another million. The U.S. Forest Service is also paying in through the Infrastructure Investment and Jobs Act.

For the town of Williams, the $30 million cost of restoring a healthy forest offsets a potential 700 million in damages.

Lucinda Andreani is the county’s flood control district administrator. She says the math proportions are far higher for western Flagstaff. The cost to trim? $40 million.

"The resulting reduction and threat is over a billion," she warned.

"Then it starts putting everybody’s investment into perspective," she said.

She hopes to start trimming the San Francisco Peaks’ steep slopes by July; the start of the next fiscal year.