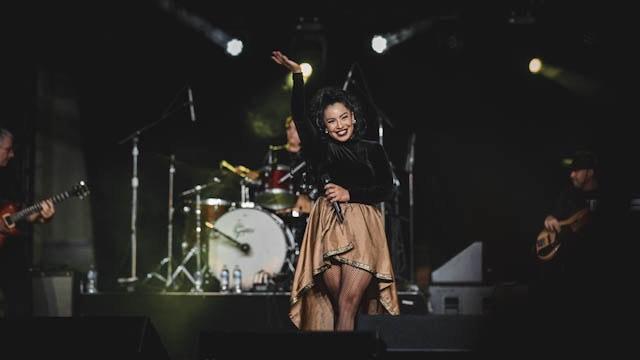 @redfauxto/Instagram
Nira Perez is the lead singer of Amor Prohibido, a Selena tribute band based out of California.

Beloved Mexican-American pop music icon Selena Quintanilla died in 1995, but her music still resonates with people around the world, especially here in the Southwest. Her powerful voice gave us hits such as, "Como La Flor."

And many of those hits are now sung by Nira Perez, the lead singer of Amor Prohibido, a Selena tribute band based out of California. They performed at the Arizona State Fair earlier this month.

The Show spoke with Perez at the state fair about performing Selena’s music and what that means to her, even though the younger musician was just 2 years old when the international star was killed. Nearly 30 years since Selena’s death at the hands of the president of her fan club, she is still a cultural touchstone for many.

Perez says performing Selena’s music has deepened her connection to the Tejano star.

If you missed Perez at the fair, there are still plenty of chances to celebrate Selena. A recent Netflix series showcases her life, and a posthumous album was released in August of this year.