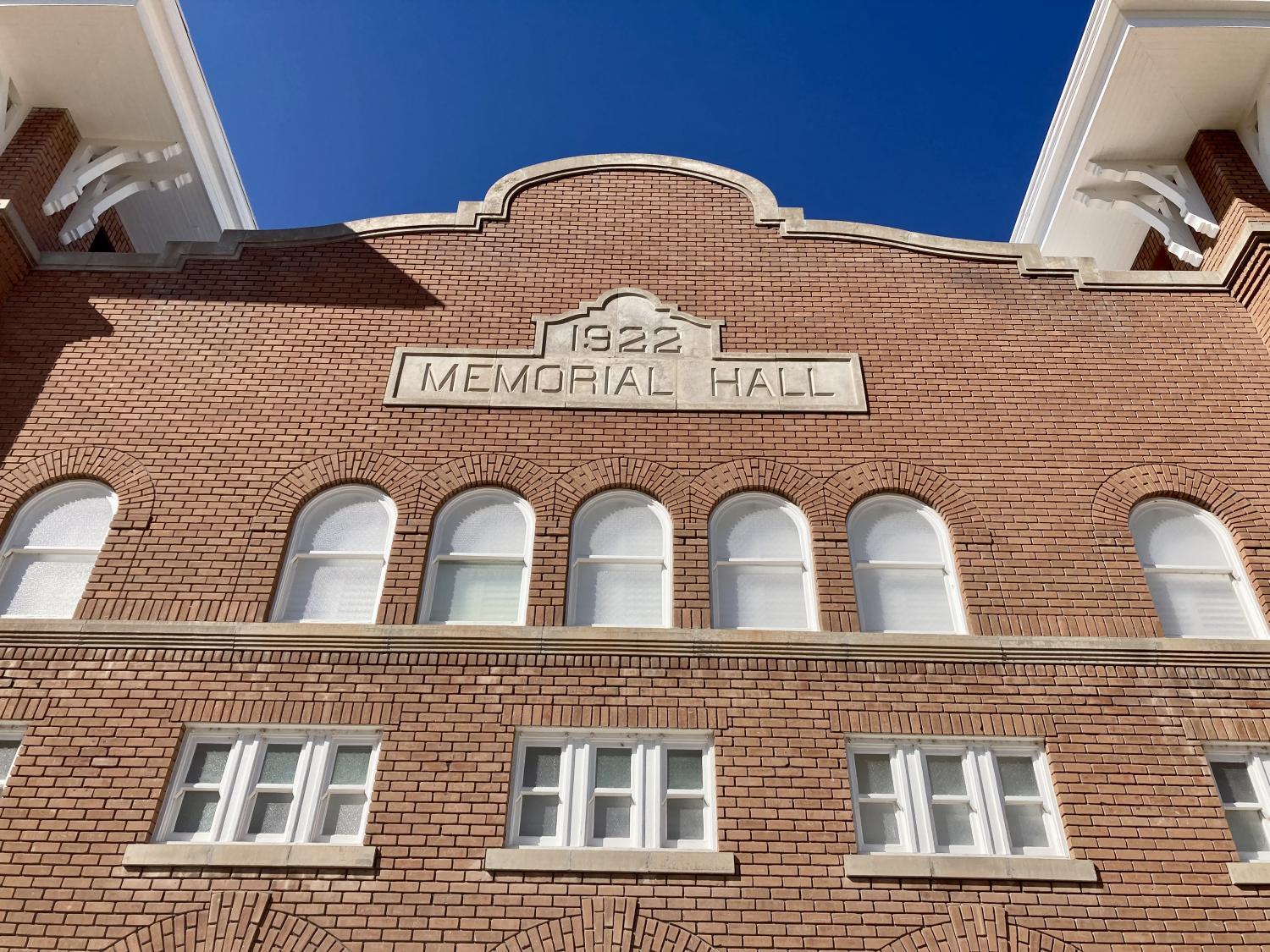 Christina Estes/KJZZ
Memorial Hall was built in 1922 on the Phoenix Indian School campus.

There will be an open house at the Phoenix Indian School Visitor Center with special programming and, right next door, an event to mark the 100th anniversary of the school’s Memorial Hall, a building dedicated to students who served in World War I.

"This history is near and dear to my heart," said Patty Talahongva who spent her junior year at Phoenix Indian School in 1978. 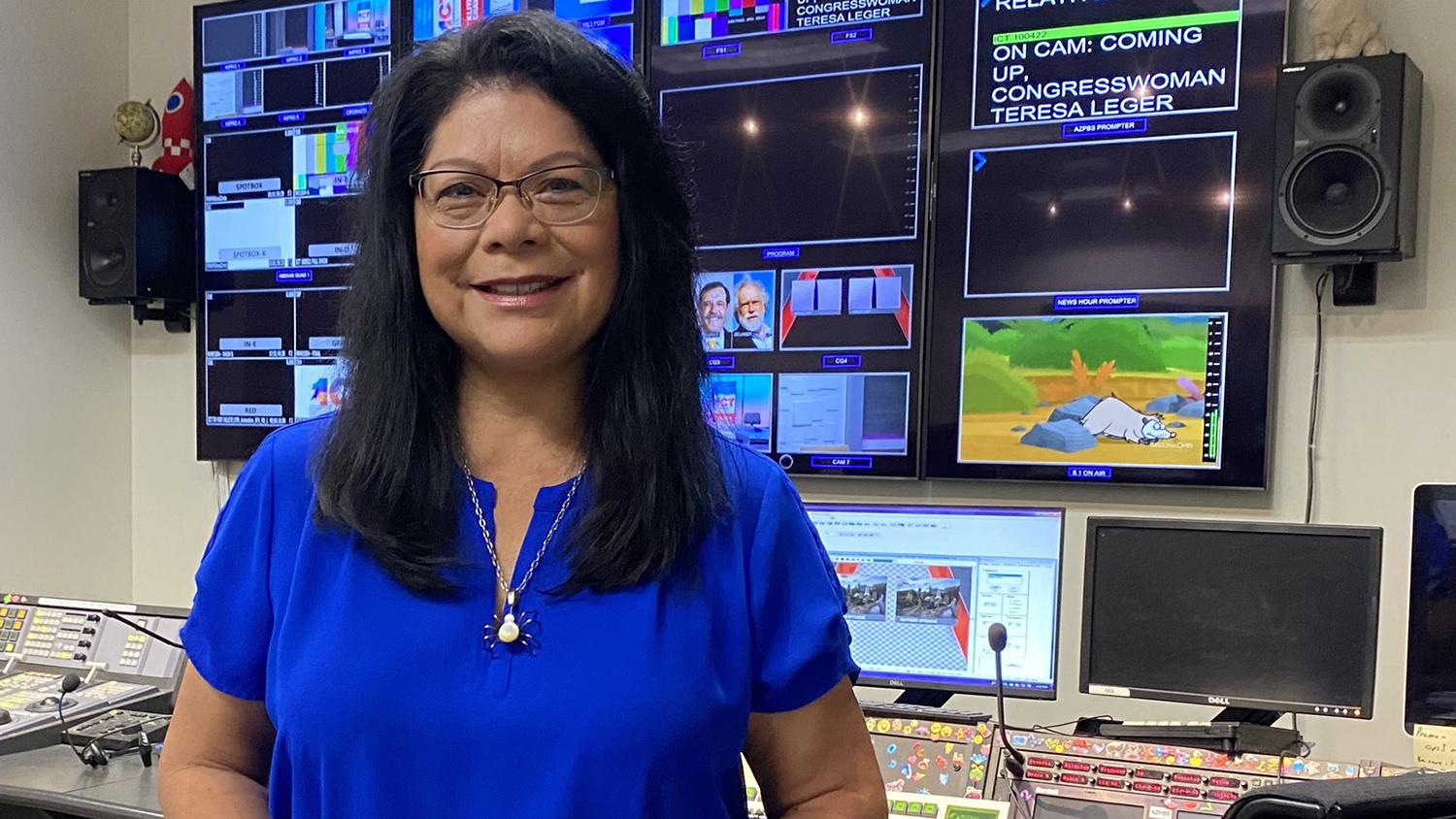 Inside Memorial Hall, with sunlight streaming through round-arched windows, she reminisced.

"We had our graduation ceremony in here, as well as the Miss Phoenix Indian pageant."

When Talahongva attended, the school’s name had been shortened from its original: Phoenix Indian Industrial School. In 1891, the federal government opened the school to assimilate Native American children into white culture. They were forced to cut their hair and abandon their languages.

"The boys were taught trades to help build the towns and cities,  and the girls were taught domestic arts to take care of the kids and the homes of wealthy white people," said Talahongva 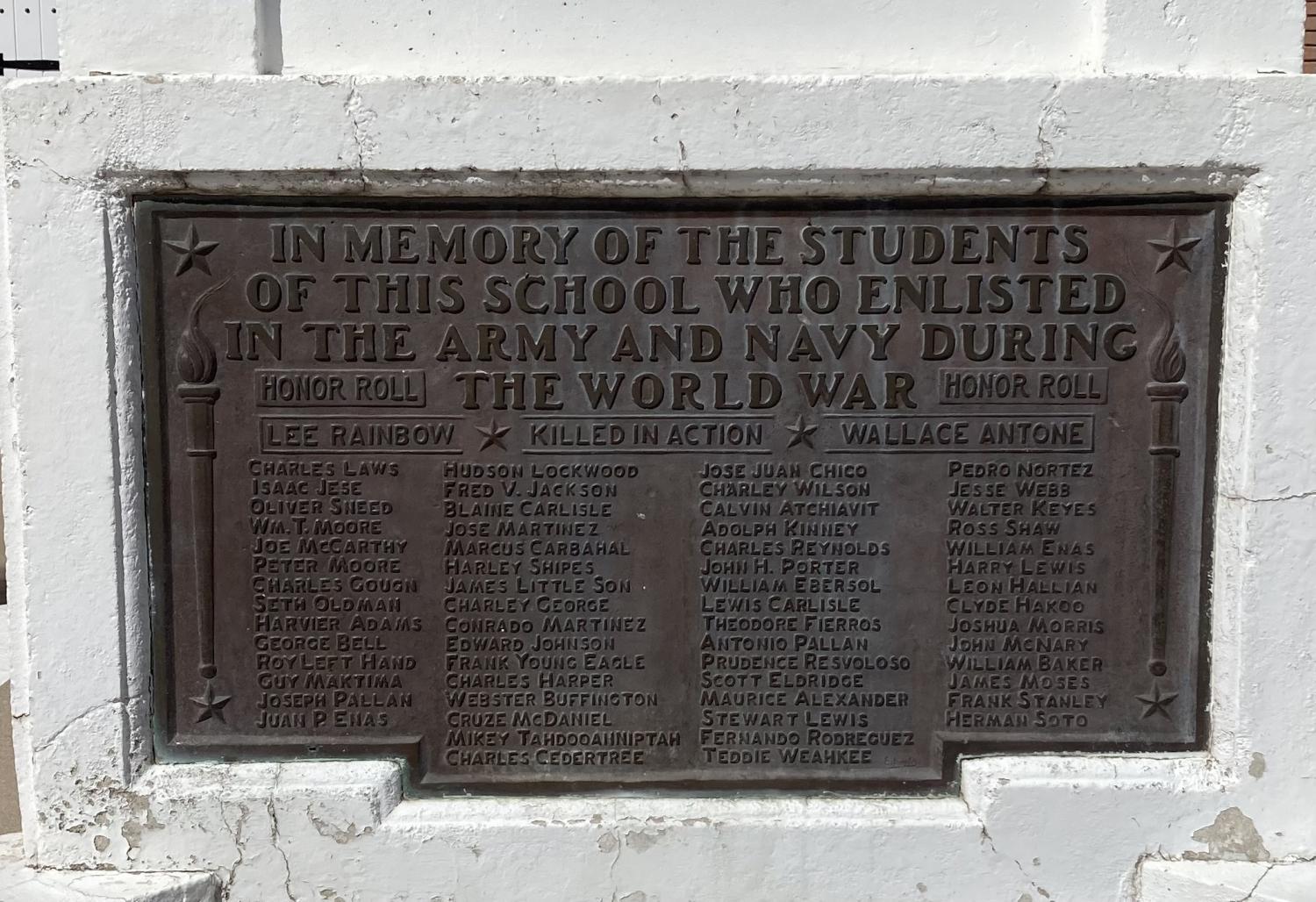 Christina Estes/KJZZ
A concrete World War I memorial on the entry sidewalk at Memorial Hall includes a plaque with the names of 62 Phoenix Indian School students who enlisted in the Army and Navy.

"A clear favorite, I guess, would be the Indian War Dance," said Don Larry who has researched the songs played by the school band. "In the school newspaper, they  talked about their programs and what they played and this is one of the ones most mentioned."

A coarse version of Indian War Dance was composed by John Philip Sousa and recorded by his band in 1902. On Saturday, Don Larry’s band, Territorial Brass, which focuses on early Arizona music, will play their interpretation.

HIs band will also play two melodies associated with "Home Sweet Home," a song performed by the Phoenix Indian School Band at a ball celebrating Arizona’s statehood in 1912.

"It starts off in a 4:4, sort of like sentimentally then it switches to kind of a snappy waltz as it would have been performed there using the other melody," he said. "And, at the very end, a vocalist joins in and sings, 'In old Arizona, there’s no place like home.'" 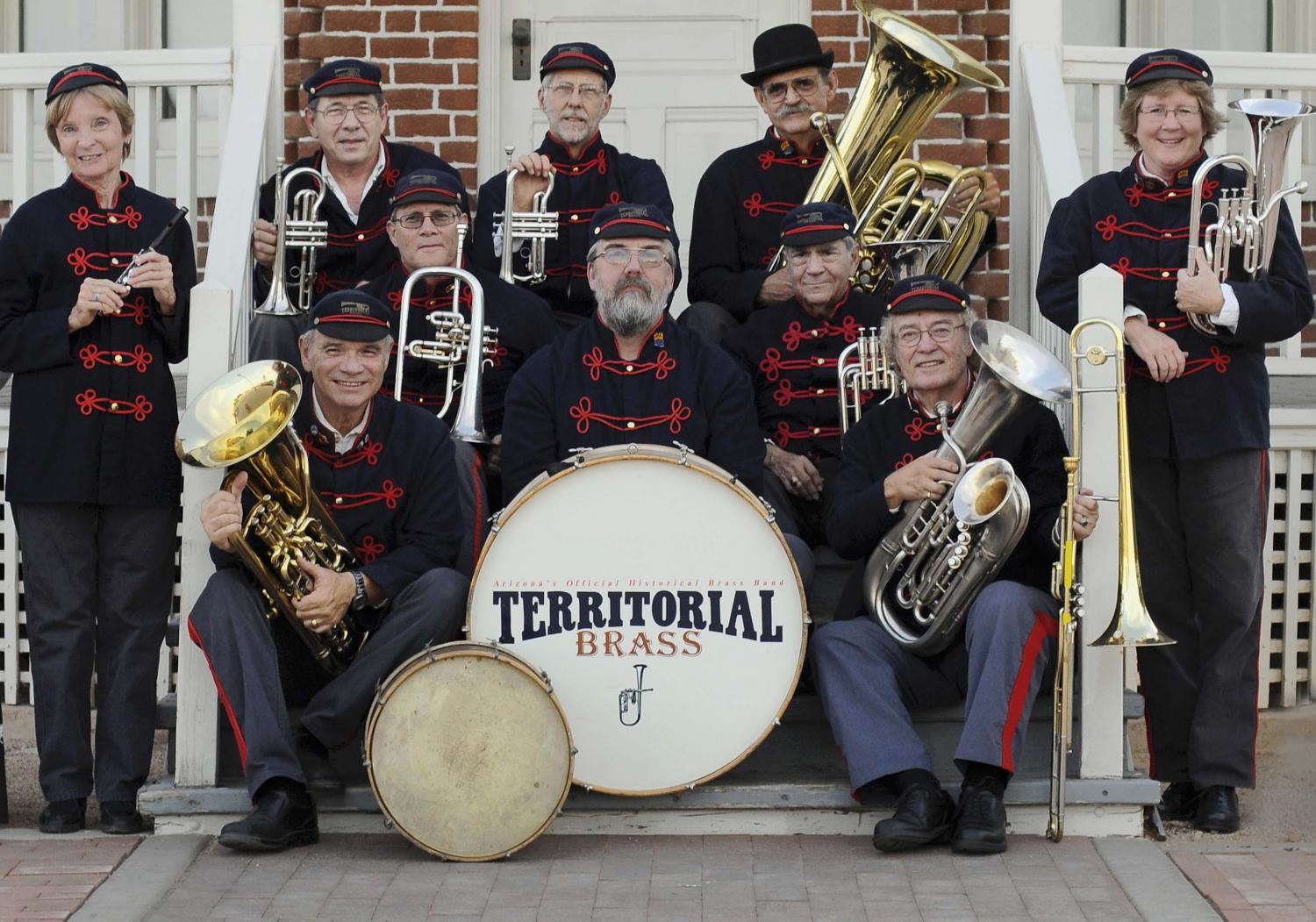 As Arizona was welcomed into the United States, Native Americans were still not recognized as U.S. citizens. But they were welcomed into the military. In 1914, when World War One broke out, 62 boys from Phoenix Indian School enlisted in the Army and Navy. It was a lifestyle that was not unfamiliar, said former student Patty Talahongva.

In honor of the students’ distinguished service, the federal government authorized construction of the two-story Memorial Hall — the building where teenaged Patty Talahongva danced on the hardwood floor and watched movies from the balcony. 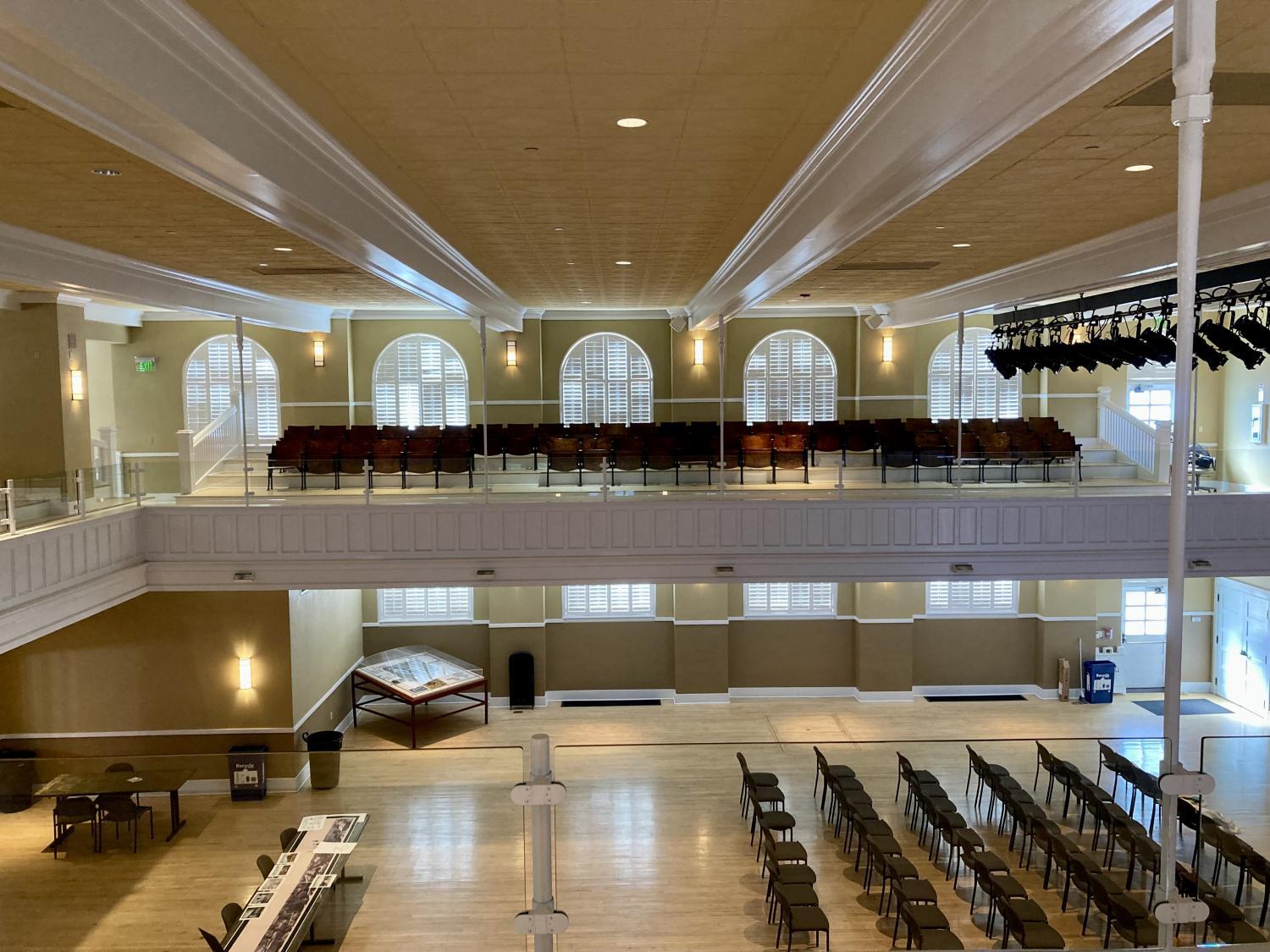 In front of the red brick building, on the entry sidewalk, is a World War I memorial dedicated to Lee Rainbow, Wallace Antone and 60 other students.

"It’s important for people to go outside and look at the plaque of names and really say thank you, thank you for their service," Talahongva said.

On Saturday, people will have the opportunity to say thank you, and learn more about the students and school that closed in 1990. The commemoration program at Memorial Hall will begin at noon. The event will feature Native American flutist R. Carlos Nakai, Thunder Boy Singers, Blue Medicine Well and the Ira H. Hayes American Legion Post 94. The building, located at the park’s entrance at Third Street and Indian School Road, will be open from 11 a.m. to 4 p.m. 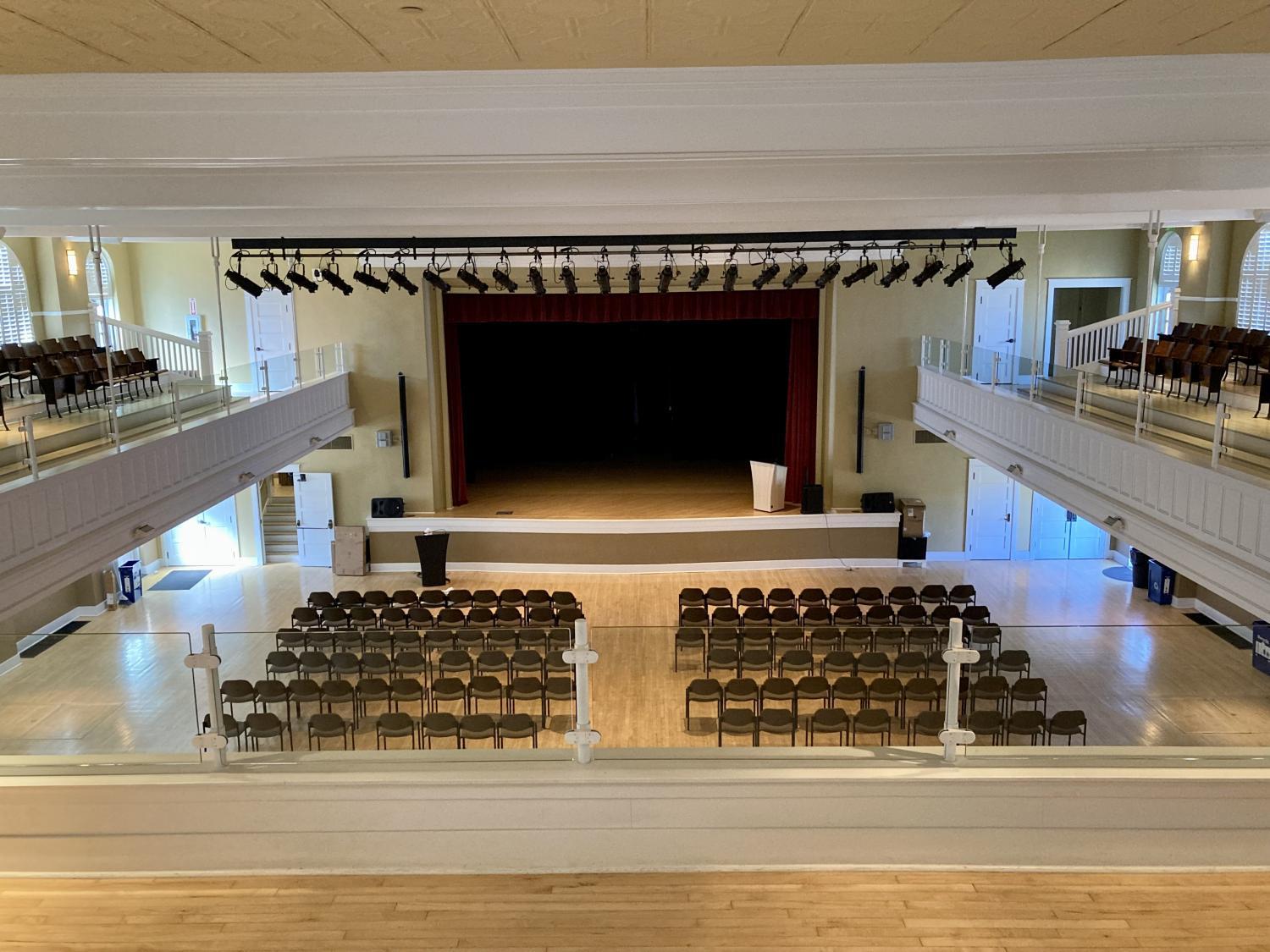 Christina Estes/KJZZ
A view of the original stage and floor inside Memorial Hall. 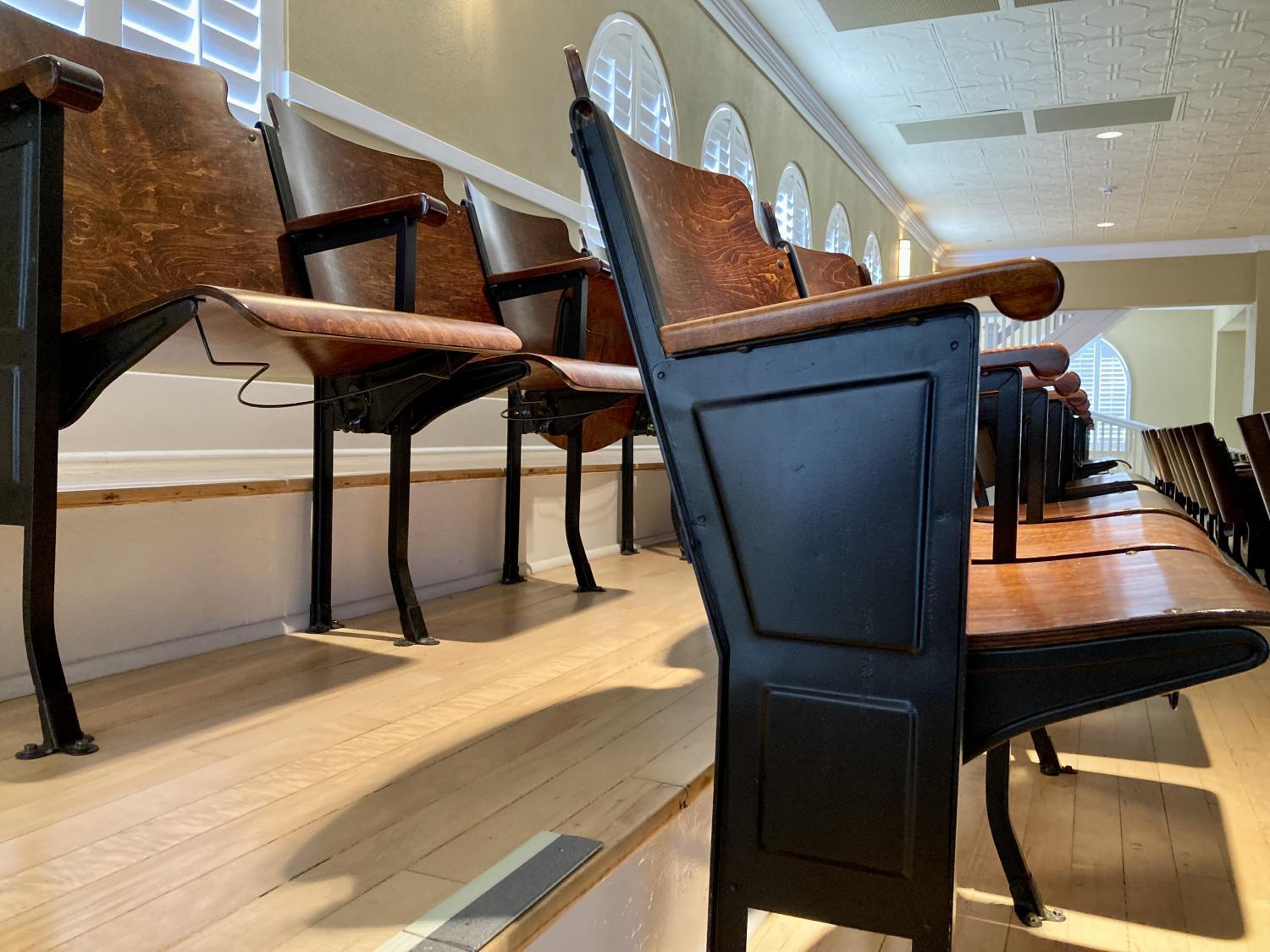