Abortion ban ruling is not what 90% of Arizonans want 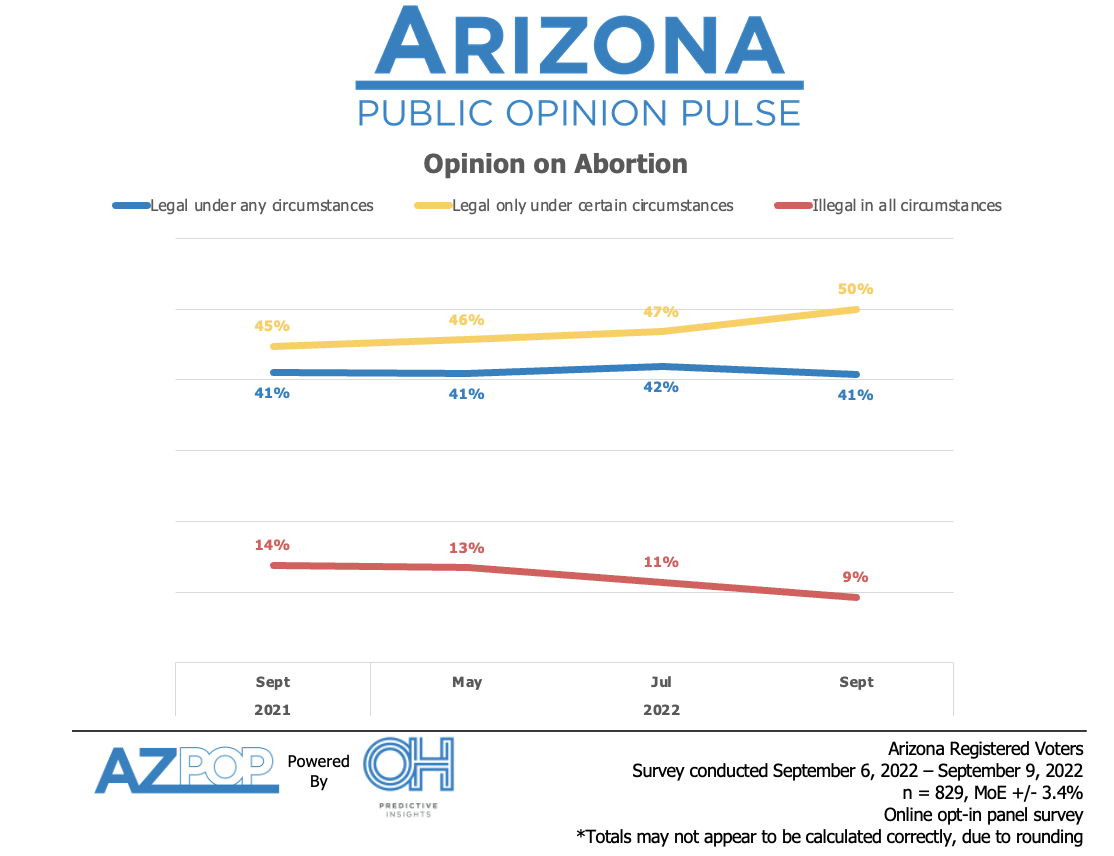 OH Predictive Insights
The majority of Arizona voters want abortion to be legal, at least in some circumstances.

Voter sentiments do not align with the recent court ruling that effectively outlawed most abortions in Arizona, according to public opinion polling data collected this month.

Polling firm OH Predictive Insights has asked Arizona voters several times over the past year how they feel about abortion, and chief of research Mike Noble told KJZZ News the takeaway has been fairly consistent.

“Roughly 90% of Arizona’s electorate believes abortion should be legal in some way, shape or form," Noble said.

Noble said the share of Arizona voters who say abortion should be illegal has actually shrunk. Just 9% of voters in the latest survey supported a full ban — a five point drop since this time last year.

“Arizona historically has been seen as a very pro-life state, but when you really deep-dive down into these public opinion numbers, it’s not a hardcore pro-life state," Noble said.  "It’s a gray area, somewhere in the middle.”

The latest survey data is from early September, before Arizona’s abortion ban went back into effect. Noble said the ruling is unlikely to change voters’ feelings about abortion, but it could motivate Arizonans to turnout for November’s election, especially younger voters and women.

Among Arizona women surveyed, 68% said their voting decisions would be "very" or "somewhat" impacted by a candidate's stance on abortion. 76% of voters between the ages of 18 to 34 said abortion would impact their vote. 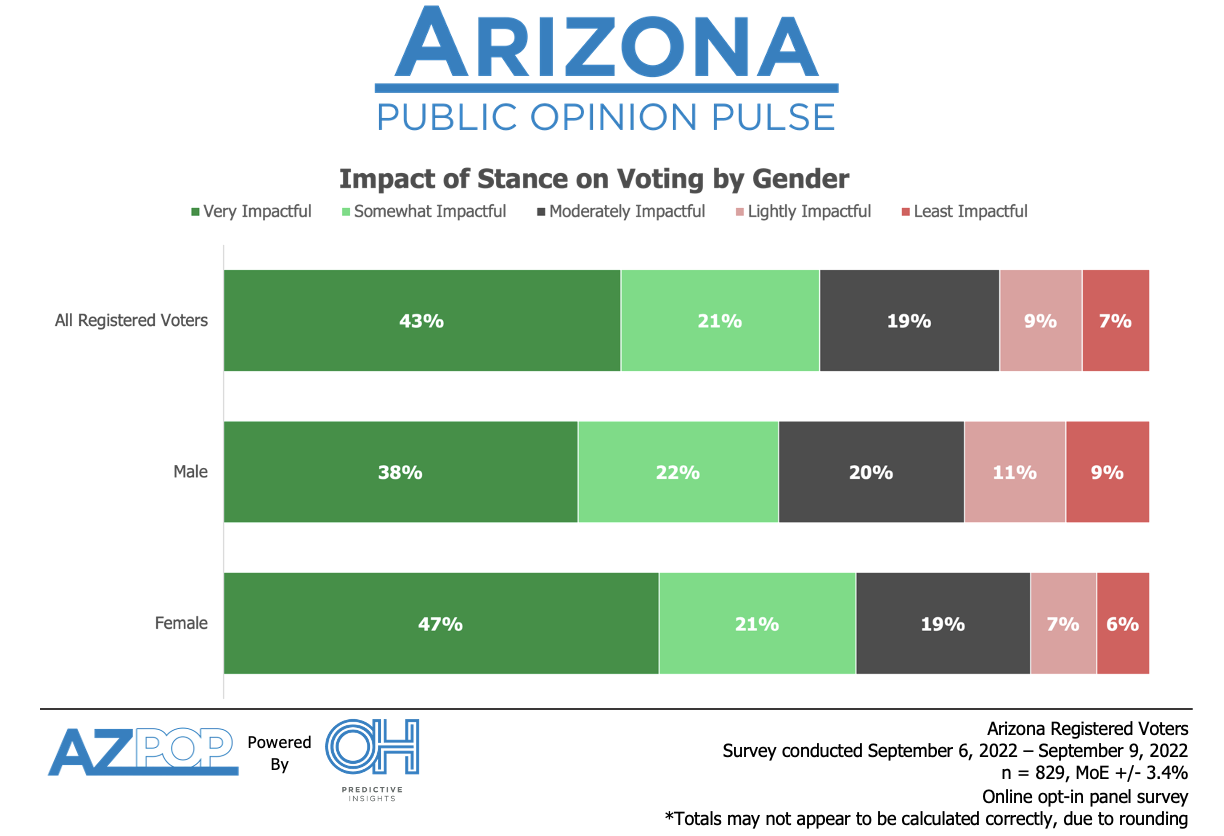 OH Predictive Insights
Nearly seven in 10 women voters in Arizona say a candidate's stance on abortion would be very or somewhat impactful to their decision.
Politics Abortion