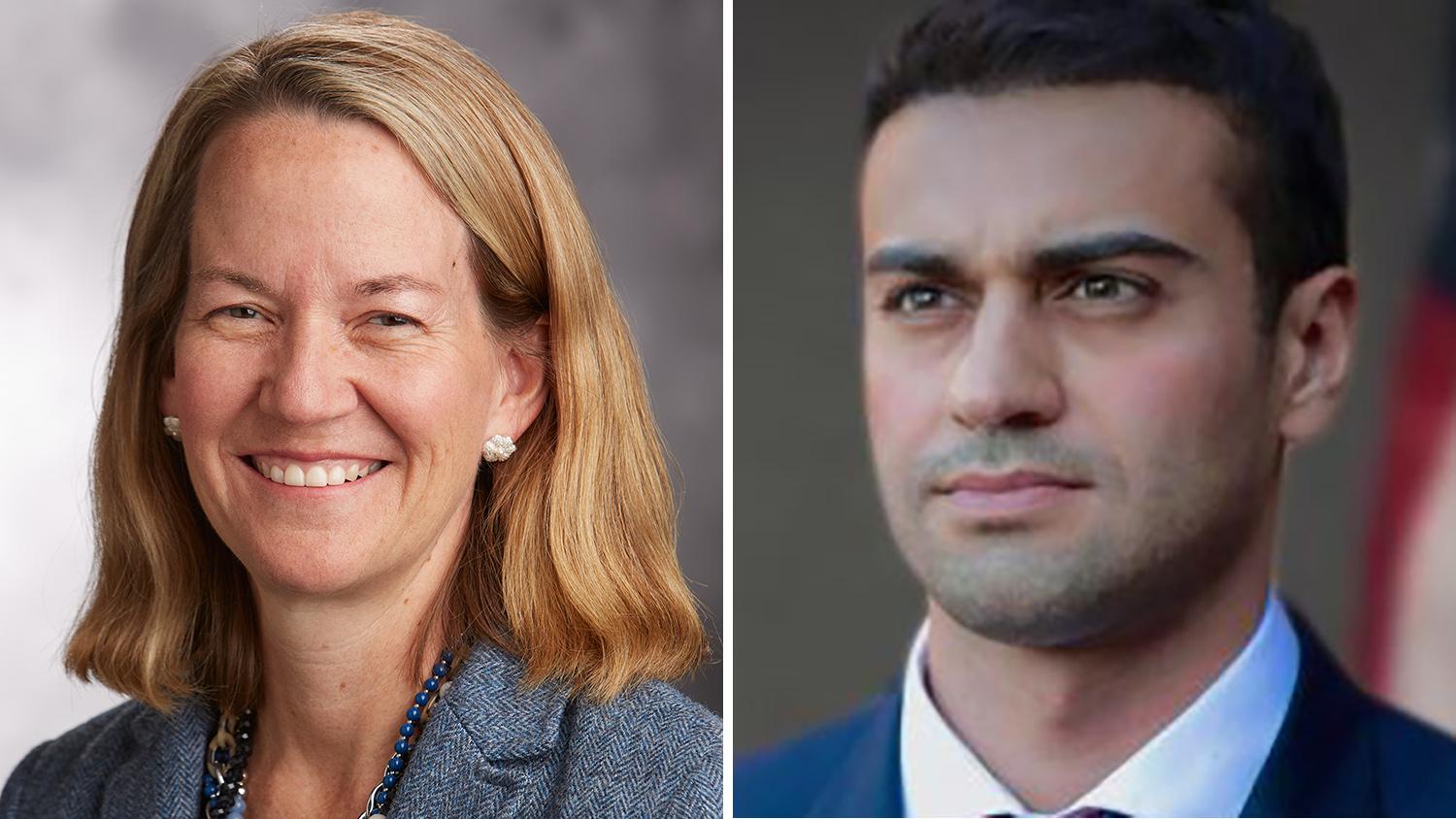 Candidates for Arizona attorney general met for a debate on Arizona PBS Wednesday. They discussed issues including election security and drug trafficking, but Arizona’s recently reinstated near-total abortion ban was the dominant topic of the night.

Abe Hamadeh, a former prosecutor for the Maricopa County Attorney's Office, is the Republican nominee. Former Arizona Corporation Commissioner Kris Mayes is running as a Democrat.

Mayes and Hamadeh each accused the other of a lack of legal experience in a debate that occasionally became heated.

"It seems like every single question, you're mistaken on the role of attorney general," Hamadeh said of Mayes at one point.

"I'm sorry that you're confused about the Arizona Constitution, Abe. I know you only graduated from law school a few years ago," Mayes quipped at another point.

Candidates spent nearly one-third of the time debating Arizona’s abortion laws. Arizona’s current attorney general, Republican Mark Brnovich, has been seeking to enforce a pre-statehood law that bans abortions in almost all circumstances. Doctors could face two to five years in prison for providing an abortion under that law. Last week, a Pima County Superior Court judge sided with Brnovich, ruling that the ban could take effect.

But Mayes said, if elected, she would reverse Brnovich's stance. She said restrictions on abortion violate the right to privacy guaranteed by the state Constitution.

“Women and girls are going to die because of this 1901 law and because people like my opponent and Mark Brnovich are forcing it on the women of the state of Arizona. I will not prosecute any doctor, any pharmacist, any nurse, for abortion," Mayes said.

Hamadeh said Mayes is picking and choosing which laws to enforce.

“I currently agree with General Brnovich’s position that the law is the law. I don’t want to make the law. That’s the job of the Legislature. I enforce the law, and I think that’s an important distinction between my opponent and myself," Hamadeh said.

Both candidates identified drug trafficking as an issue they’d address as attorney general. Hamadeh said he would work with the Legislature to declare drug cartels terrorist organizations. Mayes said she would support additional funding for law enforcement along the border.

Moderator Ted Simons pressed Hamadeh on whether he would have signed on as a witness to the certification of the 2020 presidential election when President Biden won Arizona's electoral votes.

"At the time, with the issues, I've said, no I would not have," Hamadeh said.

"It's rhetoric like that that's getting our elections officials into a situation where they're the subject of intimidation, harassment, and even death threats," Mayes said.