More than five years ago, a disturbing crime in central Phoenix forced neighbors to take action. They convinced the city to let them install locked gates to block public access to alleys behind their homes. Now, more neighborhoods across Phoenix can do the same.

More than 20% of Phoenix households rely on alleys for trash collection. Many attract illegal dumping, graffiti and drug use.

“For these neighbors this program is about more than putting a gate in their alley. It’s about taking control of their neighborhoods so their kids can safely walk to school and play in their backyards,” she said.

"It’s about taking control of their neighborhoods so their kids can safely walk to school and play in their backyards."
— Councilwoman Betty Guardado

That wasn’t the case when a man going through an alley near 15th and Dunlap avenues jumped a backyard fence and exposed himself to children.

“It was really a tragic and sad event, but the neighborhood insisted that we needed to do something,” said Councilwoman Debra Stark.

She worked with the Royal Palm neighborhood to install six gates as part of a pilot program. High demand from other areas convinced leaders to make the program permanent. The city budgeted $500,000 to cover costs for neighborhoods where more than 50% of property owners support gates. Neighborhood Services Director Spencer Self said 20% of funds will be set aside for low to moderate income neighborhoods. 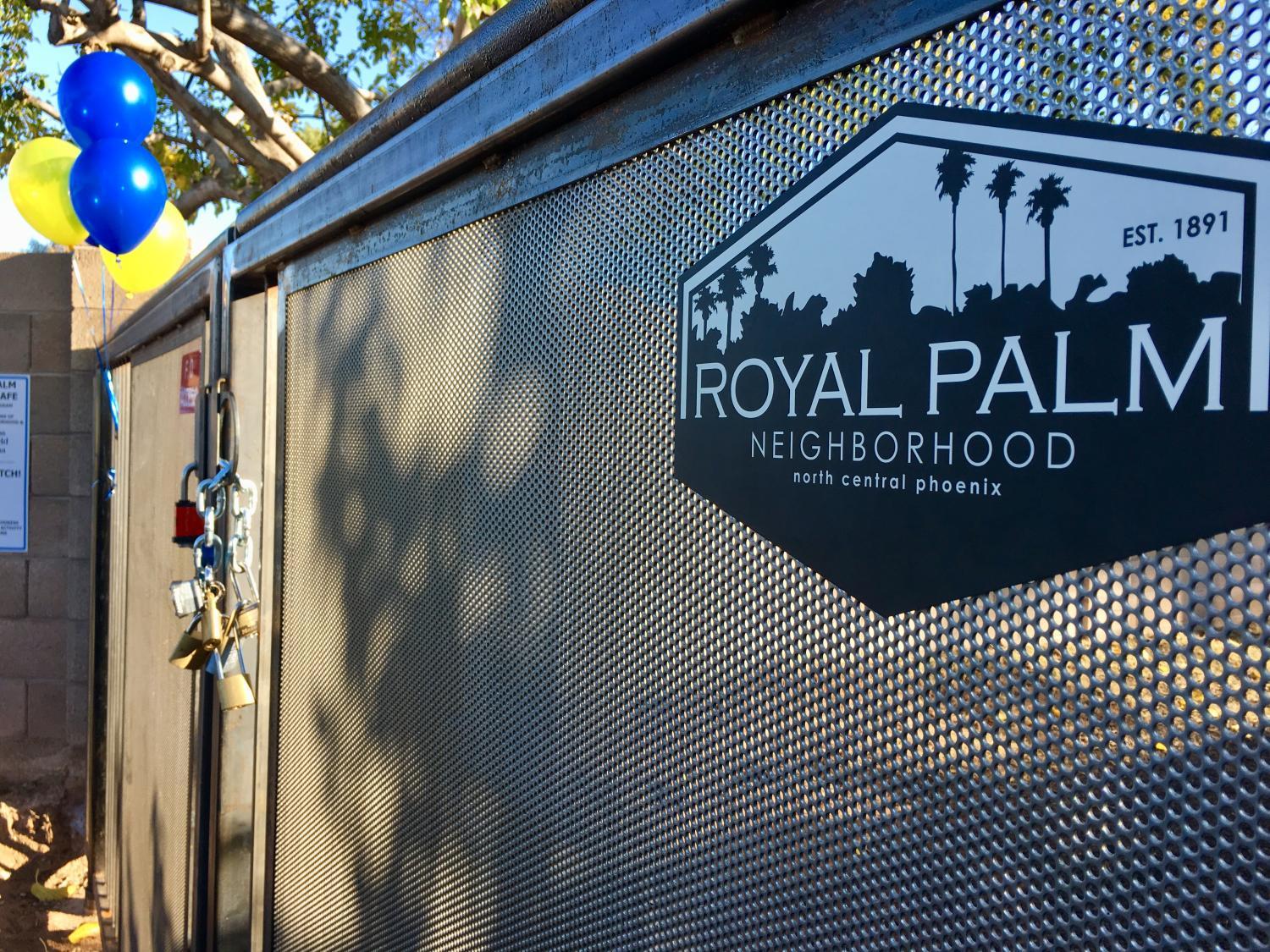 “For the other 80% we are doing essentially a first come, first served. So I know there’s a lot of communities that reached out to us throughout the pilot program asking to be a part of this. We know that some of them are already ready, they’ve started gathering signatures,” he told the council.

The city expects to fund gates for about 45 alleys. Neighborhoods with enough signatures can also pay on their own — about $11,000 for two gates. Public utilities, emergency response vehicles and property owners will have access to the gates and trash pickup will move from alley to curbside.

“There’s definitely a fiscal and a financial savings to the city of Phoenix,” said Councilman Sal DiCiccio.

He said removing alley trash collection reduces risks, “Just because it saves us a lot more money, damage and all that with the vehicles that we take in the alleys.”

“And our drivers are the ones that are feeling the effects of those areas. We have had a number of deaths within the alleys,” said Vice Mayor Laura Pastor.

"We've had a number of deaths within the alleys."
— Vice Mayor Laura Pastor

She wants more discussion about making all trash collection curbside. Five years ago, a city study found it would be more efficient and save money. But that conversation stalled.

“I think we’re at a different point in time now,” Pastor said.

As more neighborhoods learn about the gated alley program, the city could potentially run out of money or face areas where not enough residents agree. In a situation where neighbors disagree, Planning Director Alan Stephenson was asked why the city couldn’t just install gates.

“Public right of way, the city holds in public trust for all of the public. It’s not city land like city hall or other buildings that we own and so public right of way has a different legal analysis with it and that’s why we’ve got to work with the law department on it,” he said.

But alleys are also considered right of ways in Mesa and, in 2013, the city started installing gates in all alleys to enhance public safety and reduce fire hazards and trespassing. Mesa describes the alleys as gated, not closed, because residents living next to them have keys. A city spokesperson said Mesa has more than 1,000 alley gates and zero lawsuits over them.

“One of the things I’m hoping is that the alleys get activated,” Pastor said.

She sees a future where alleys could become neighborhood gems — maybe with colorful walls featuring art work and benches where neighbors hang out — a future where gates that block illegal activities celebrate positive ones.

“We do have some tunnels or drainage ditches and, frankly some people stay down there,” he said. “People have asked for gates or grates and I think the city said no. If problems are the same it seems like this could be included in part of this program.” 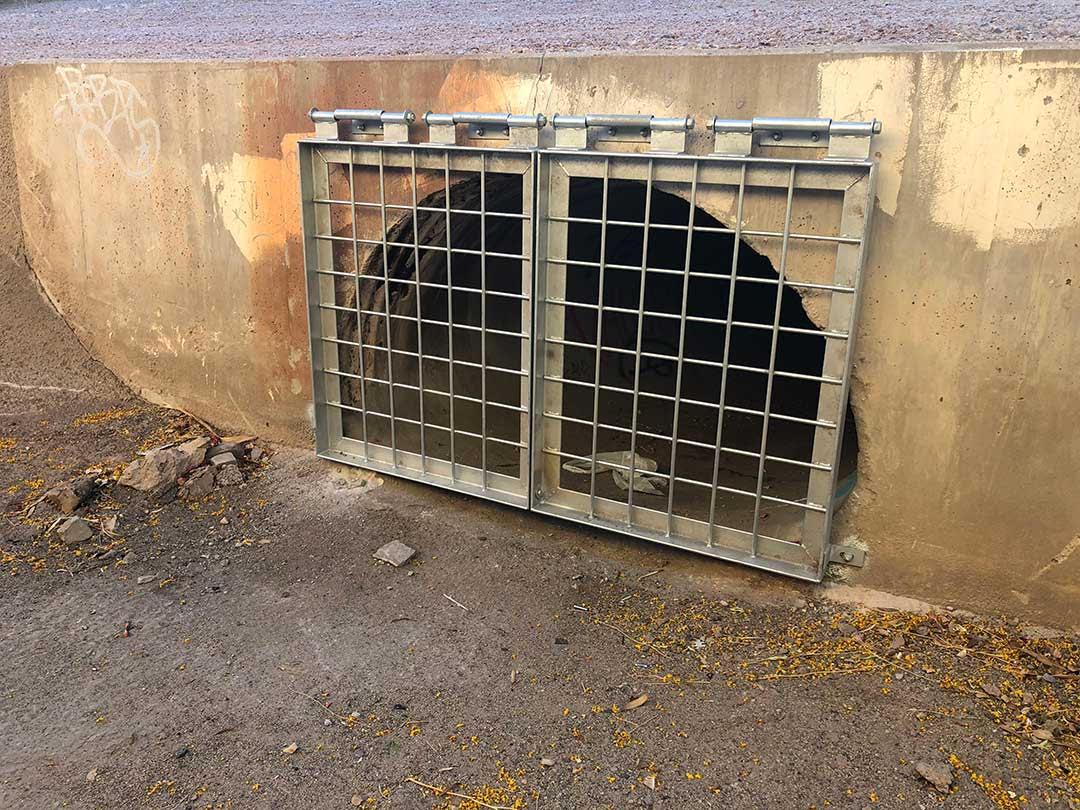 Phoenix Street Transportation Department
An example of how grates/gates installed at culverts might look.
BusinessPolitics