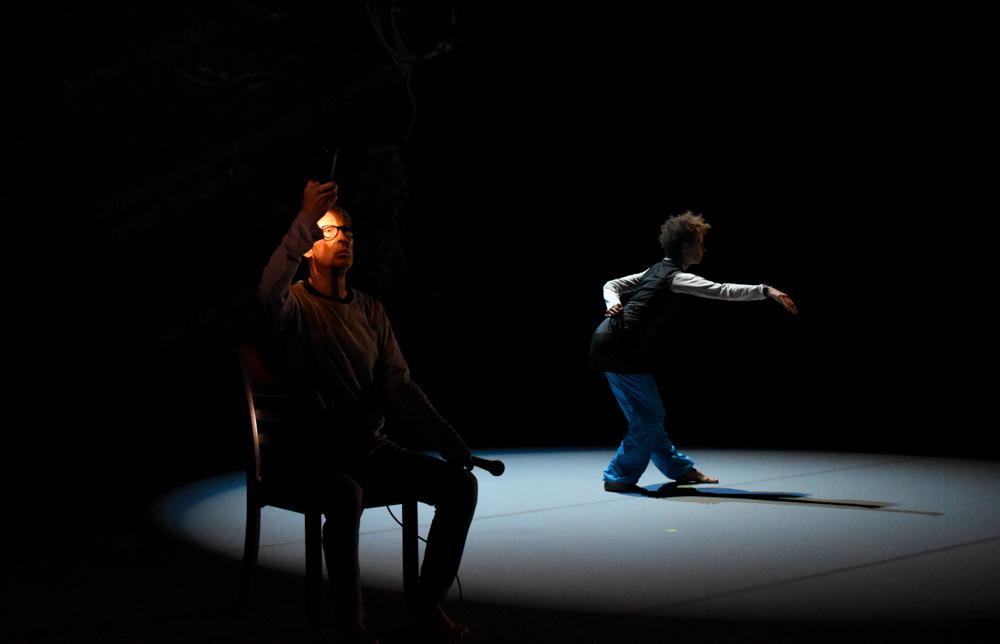 Choreographer Liz Lerman is a genius.

That’s according to the MacArthur Fellowship program, which once awarded her the famous “genius” grant. She brought that to Arizona in 2016 when she joined the Herberger Institute for Design and the Arts at Arizona State University. Lerman was tasked with heading the Ensemble Lab, an experimental artist collective — a perfect gig for a choreographer who uses her work to deliver messages on everything from the environment to aging to war.

After seeing a museum show in Scotland featuring 500 years of drawings of witches, Lerman found her next subject. Throughout time, she’s written, women’s bodies were depicted as “lethal, poisonous, powerful and strange.” And thus, "Wicked Bodies" was born. 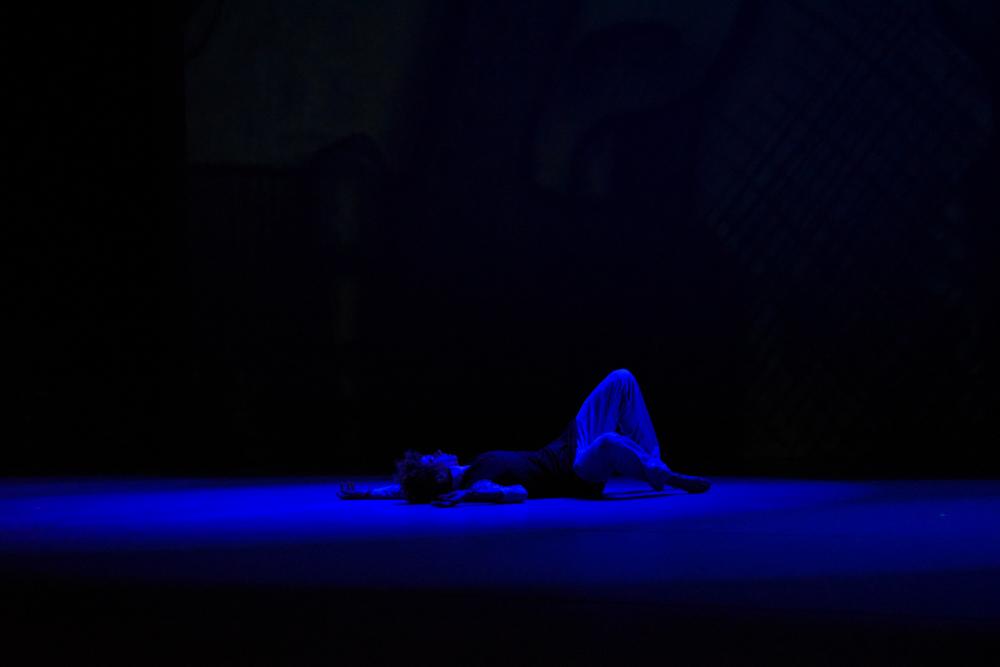 At a rehearsal at Gammage auditorium in Tempe, The Show asked Lerman how she defines witches.

“I don’t, actually, define witch," Lerman said. "It’s been interesting to see how many different cultures have characters — people who live in the cultures that are witch-like. What I’ve heard from audiences when they come is that their ideas about witches change a lot during the show. And recently, someone wrote in a review [saying], 'By the time it was over, I think we all might wanna be witches.' And I thought that was just fine.” 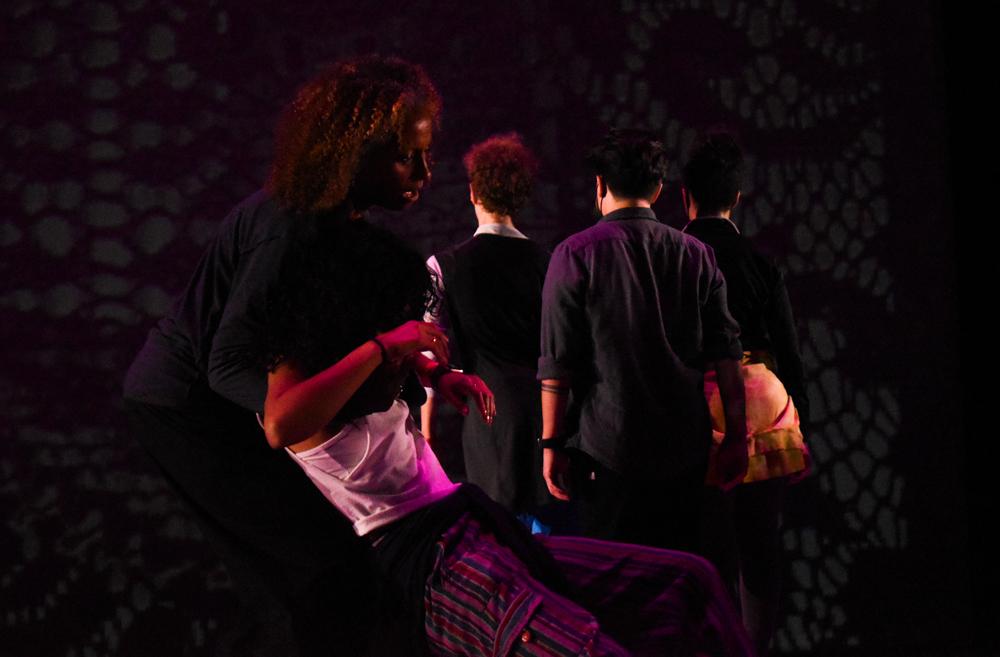 There are different witches within the show — a revenge witch, a blood witch, a care witch — but the performance also centers around clichés and stereotypes thrust on women throughout history. Lerman drew from the history of witches as well as each of the dancers’ personal backgrounds for each scene. The dancer portraying the care witch is a nurse in real life. A transgender dancer is featured in a scene about redesigning oneself and redesigning the cosmos. That performance starts with the dancer’s chest wrapped in a long strip of fabric. Lerman said that meeting them changed her entire perspective on the idea of chest binding.

“When I was coming up in dance, sometimes certain choreographers would demand — well, they want certain body types in front of them. And so sometimes my female colleagues were asked to bind their breasts as part of somebody’s aesthetic. So for me, binding of the chest was a negative thing you would have to do in order to, say, survive in a particular dance company. When I learned from some people who are in transition that binding the chest was a way to reach a kind of wonderful relationship with their body, then I had to reconsider the context in which one might choose to change the shape of their body or the way their body feels to that person. And for me, I know some people when confronted with a conflict like that, you believe one thing your whole life and you're confronted [with] something else, for some people that’s scary. But for me, it’s amazing. It makes me say, 'Oh my goodness, there’s such another way for me to see this. Let me reconsider everything I ever thought,'” Lerman said. 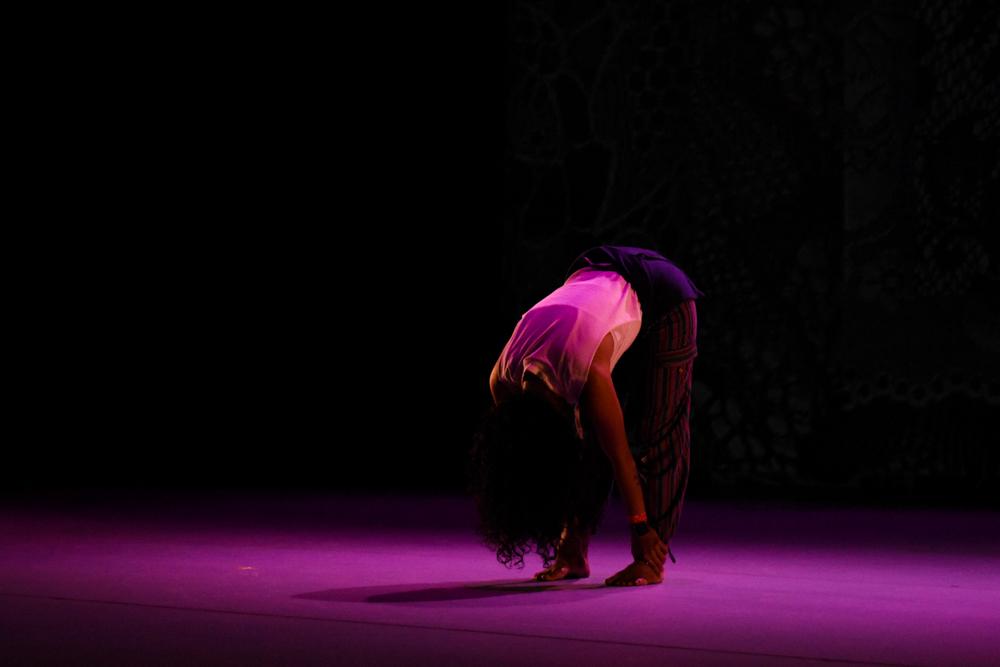 Amber Victoria Singer/KJZZ
A dancer performs a scene from "Wicked Bodies" at Gammage auditorium in Tempe.

Lerman started choreographing "Wicked Bodies" before the pandemic. It first premiered in April of this year. Lerman says Gammage is the biggest stage it’s been performed on yet, and she hopes the audience will appreciate the message of her story while being entertained.

“I just wanna say it’s a really fun show; it’s an interesting show. There’s so much to take away from it and just to really encourage people just to know that there’s so many ways for us to experience together," Lerman said.

"Wicked Bodies" will be performed Sept. 24 at Gammage as part of ASU’s “Beyond” series.