Our Street: How Gilbert's Agritopia is engineered to fight suburban loneliness 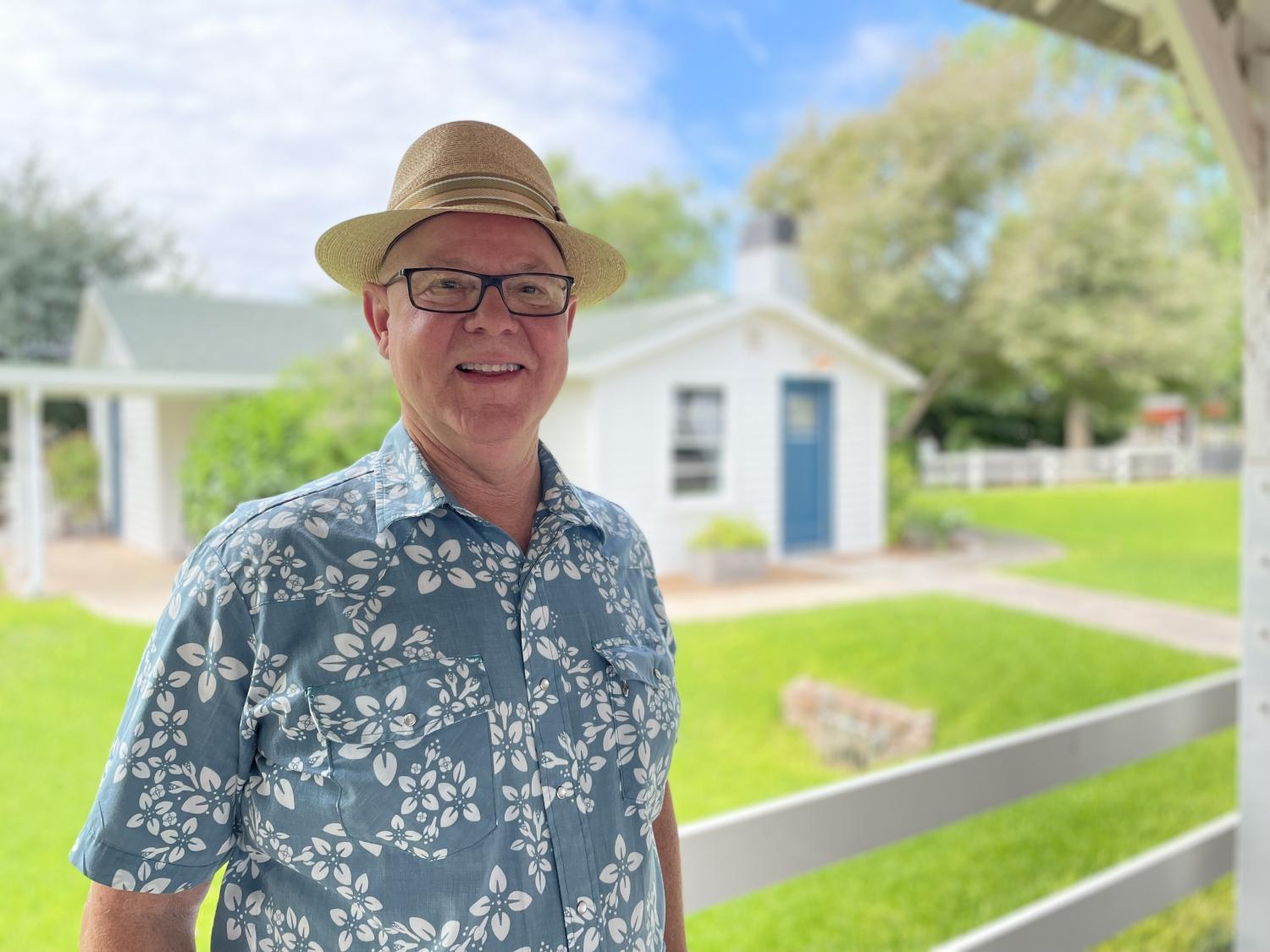 The Show's series Our Street is taking a closer look at neighborhoods around metro Phoenix — and what makes them tick.

Joe Johnston is an engineer by training and the founder of a community in east Gilbert: Agritopia. He’s recognizable around these parts for a lot of reasons, one of which is his signature hat and big smile.

If you’re not familiar, Agritopia is an experimental community designed to encourage agrarianism and good old-fashioned neighborliness. Johnston came up with the idea more than 20 years ago and built it on his family’s farmland where he grew up.

It’s an idyllic oasis of a place, complete with rows of crops, friendly-looking houses, shady sidewalks and parks. It all centers around a restaurant, coffee shop and bakery and a craftsman incubator called Barnone.

Next year, what he calls the capstone piece of the community will be finished: A 320-plus unit apartment building packed with local businesses below, from restaurants and shops to salons and gyms. So all in all, he says, it’ll be a 25-year project. Not that he minds.

The Show's Lauren Gilger hopped into Johnston’s golf cart for a tour of the neighborhood, and they talked about what he envisioned when he started this a quarter-century ago.