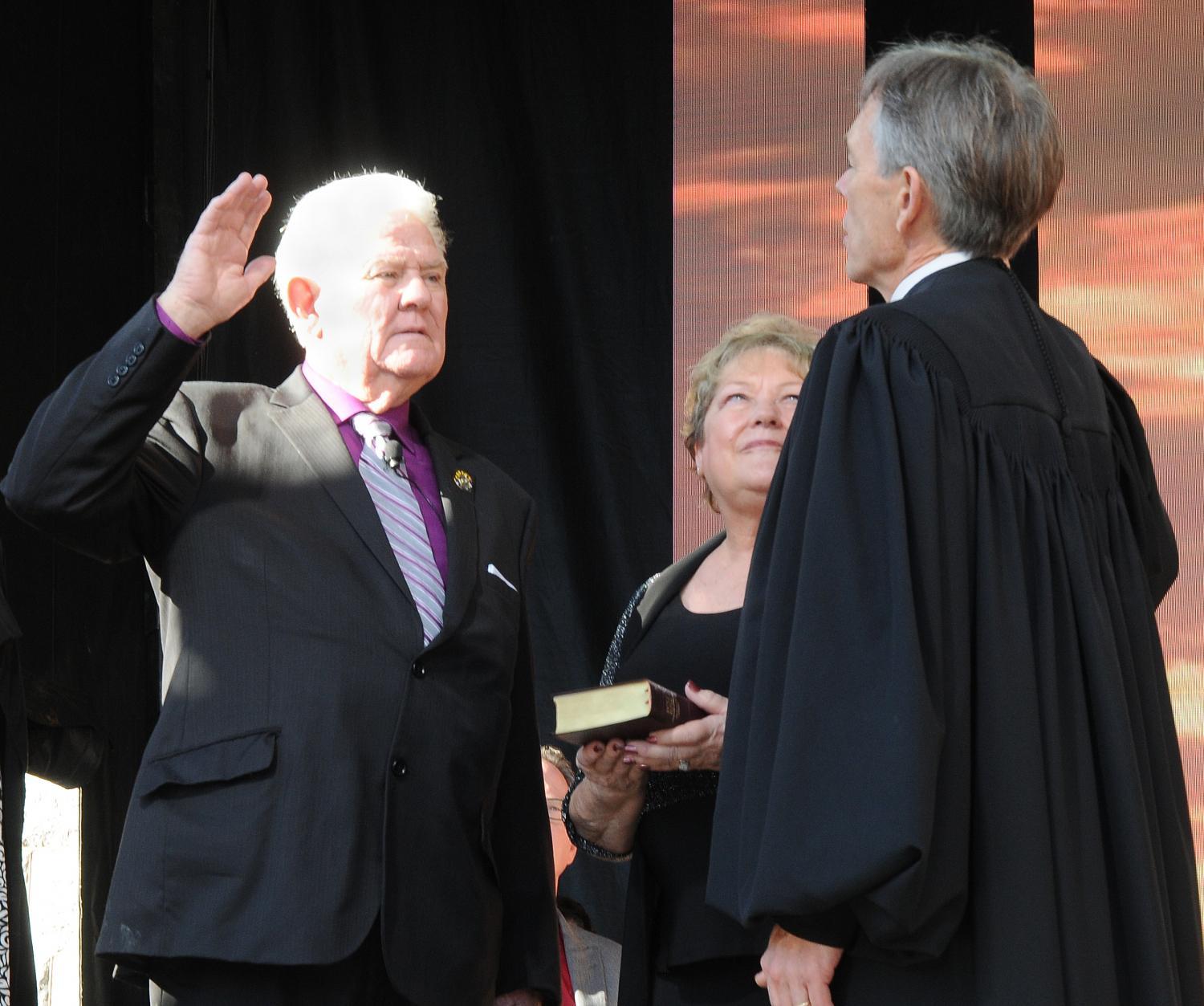 Hart was 78 and died on Sunday, according to Ducey's office. The cause of death and where Hart died was not known.

Ducey called Hart “a pillar of state government,” who was a dedicated advocate for the mining industry and mine safety. He ordered flags lowered to half-staff in Hart's honor.

“A lifelong Kingman resident, Inspector Hart proudly served the people of Arizona for decades,” Ducey said in a statement. "Our thoughts and prayers are with his family and loved ones during this time.”

Hart was an advocate for closing off the tens of thousands of abandoned mines that are the remnants of Arizona's past and have at times been deadly. In 2007, two girls riding an ATV in western Arizona drove into an abandoned shaft and plunged into a 125-foot deep mine shaft near the town of Chloride, 220 miles northwest of Phoenix. A 13-year-old died, and rescuers found a 10-year-old in the old mine the next day.

While seeking reelection in 2018, Hart noted his efforts to close off some of the old mines that litter the state.

“During my time in office, hundreds of abandoned mines have been permanently sealed and many more have been fenced and posted to advise the public of their danger,” Hart wrote.

Hart resigned last October, telling Ducey in a letter that he was doing so “with a heavy heart.”

“As a fourth generation Arizona miner, the profession of mining has long been a personal passion. It is an industry so fundamental to the success and progress of Arizona’s past, present and future,” Hart wrote. “However, the time has come for my wife Rhonda and I to focus our undivided attention on our health and our family.”

Arizona is the only state with an elected mine inspector, and mining is a major Arizona industry. The state leads the nation in copper production.

The mine inspector is responsible for overseeing the safety and overall condition of mines to ensure worker and public safety. The office also oversees an abandoned mine program that helps identify and ensure the safety of mine shafts and mining sites and close them to public access.

Hart was a member of the Arizona House of Representatives from 1992 to 2001, and served as speaker pro tem.

Hart and his wife owned several radio stations serving the northern part of Arizona and the Grand Canyon. His official biography from 2021, no longer available on the mine inspector's website, said he was a a fourth generation Arizonan, and he and his wife have four daughters and 10 grandchildren. Hart worked in the mining industry for 20 years.

He closed his resignation letter to Ducey by wishing continued blessings to the state of Arizona. “For this cowboy, it was one heckava ride.”