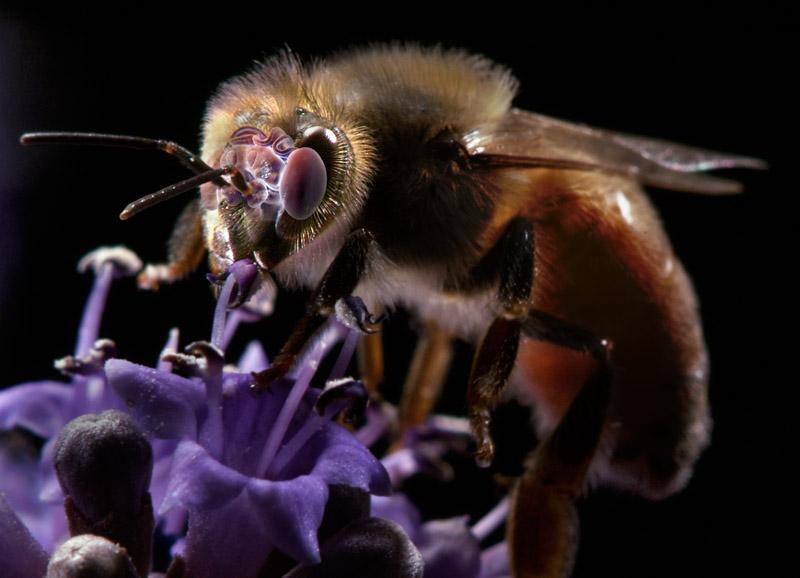 Despite poor distance vision beyond a few centimeters and a brain smaller than a grain of rice, a bee can fly for miles, find food and triangulate the best path home.

New research published in Philosophical Transactions of the Royal Society B shows the social insects may rely on a mix of colors and patterns to find their targets.

Bees trained to link a sugar-water reward with certain flower-like color patterns consistently favored those that contrasted most with their settings.

“Bees will learn that the pattern predicts where the sugar water is,” said ASU behavioral neuroscientists Brian Smith. “And they were able to use that here to show that the bees are integrating contrasting colors when they make decisions about what flowers to visit.”

Smith studies bee behavior but did not contribute to the research.

“And they're saying, well now, do bees use color vision to start to discriminate patterns? And they do, according to this paper,” said Smith. 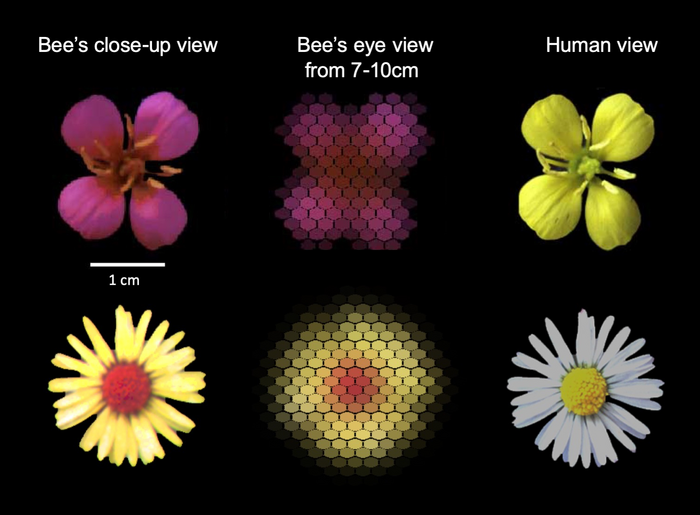 Although more research is needed, this could explain why the outside edges of flowers usually contrast strongly with a plant's foliage.

Flowers and bees evolved together and rely on each other, so it makes sense that evolutionary pressures would produce a cost-effective way, in terms of tradeoffs and resources required, for flowers to signal bees.

Smith compared it to waving a flag.

“It’s trying to stand out from the vegetation—the green background. The way you do that is, you put up a very colorful flower that reflects colors that are in wavelengths bees can see,” he said.

The use of patterns instead of colors alone could also provide a tidy explanation for why some hues that bees can perceive rarely turn up in flowers – although that, too, requires more research.

“They're very careful to say that, ‘We haven't shown this for sure, but the most parsimonious explanation would have to do with the cost,’ meaning somebody's got to get out there and measure the costs of production,” said Smith.