Hot Town: How this Phoenix building was designed to combat the unforgiving heat

Bill Timmerman/CO Architects
The University of Arizona Health Sciences Education Building in downtown Phoenix.
Despite all the attributes of being the country’s fifth largest metropolis, what Phoenix is really known for is the heat. The Show series Hot Town explores the Valley's hotness in all its forms.

A downtown Phoenix building was designed to mitigate the effects of the Valley’s unforgiving summer temperatures.

The University of Arizona’s Health Sciences Education Building on Seventh and Polk streets was designed to reflect the climate and environment here. But it was also designed to keep the people who use the building cool.

Arnold Swanborn is a design principal at CO Architects, based in Southern California, which is behind the building. The Show spoke with him to learn how the building balances being pragmatic with aesthetics. 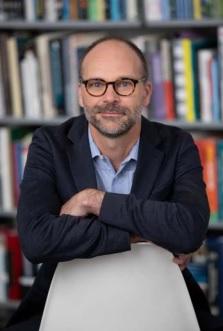