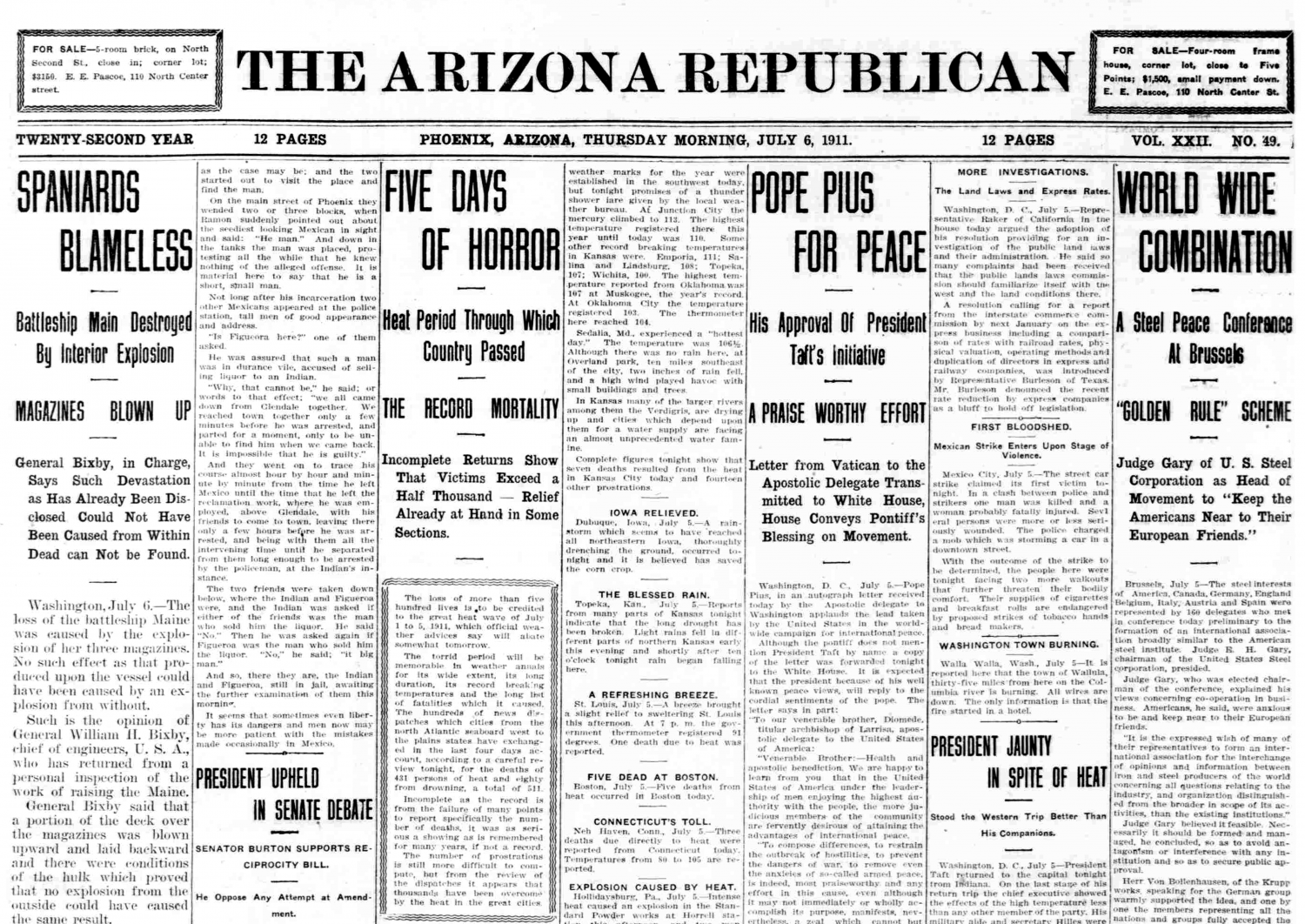 The Arizona State Library, Archives & Public Records
The front page of the Arizona Republican on July 6, 1911, featured a story titled 'Five Days of Horror' concerning heat deaths across the country.

Despite all the attributes of being the country’s fifth largest metropolis, what Phoenix is really known for is the heat. The Show series Hot Town explores the Valley's hotness in all its forms.

The Hot Town series starts with a look back.

Sativa Peterson is a senior producer for The Show and a former newspaper collection librarian for the state of Arizona. She said Arizona newspapers from early territorial days — about the 1870s and 1880s into the early 20th century — routinely quote articles from other parts of the country being afflicted with heatwaves.

"People are having what they called back then heat prostration and sun strokes," said Peterson. "But at the same time, they're praising the rarity of such ailments happening [in Arizona]."

Newspapers would report on heat fatalities in other cities, but not necessarily about those in Phoenix. In the Arizona Sentinel from July 25, 1874, it states: "Two men did not die of sun stroke but of a whiskey. No man ever died of sunstroke in Arizona." In the Graham Guardian in June 1896: "Prostration from sunstroke is so rare in the Gila Valley that when one does appear, it is a nine-days wonder and can hardly be believed." 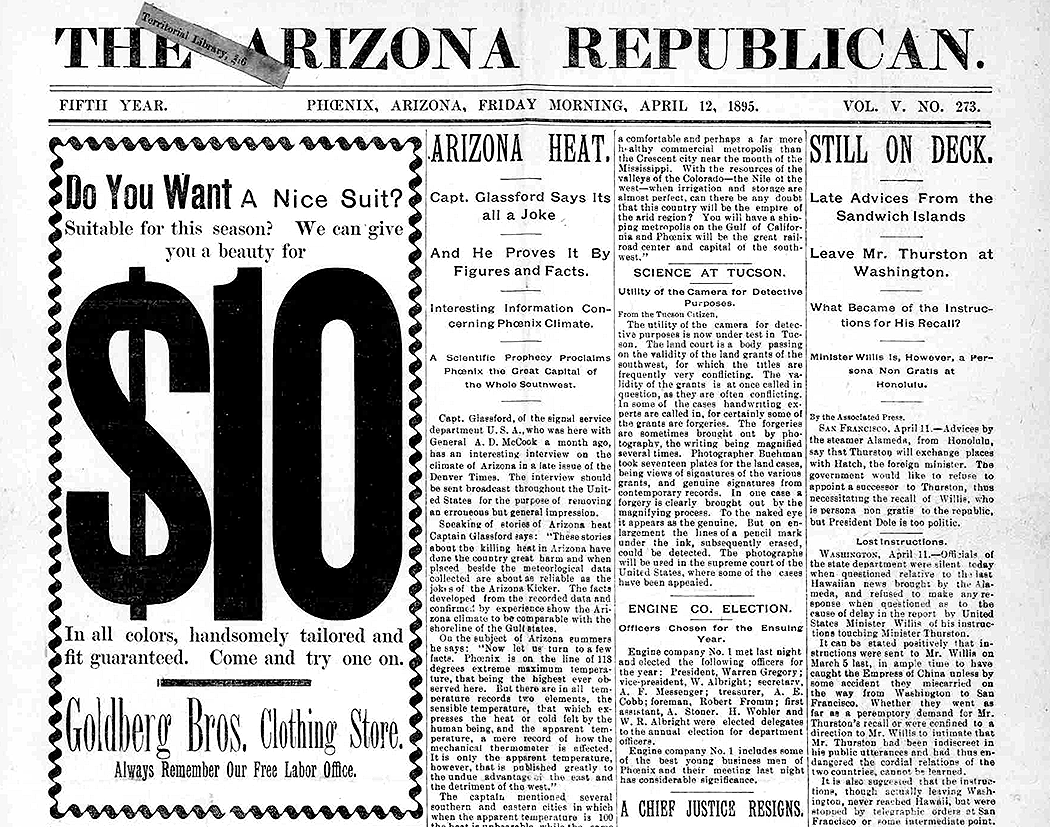 The Arizona State Library, Archives & Public Records
The front page of the Arizona Republican on April 12, 1895 saw an article clarifying the nature of Phoenix's heat versus temperatures in other cities with data.

Other places got sun stroke, according to these newspaper account, but not Arizona.

"So, when we read this heat coverage from the past, it's clear that weather in Arizona left its citizens hearty and strong," Peterson said. "Our sun did not produce such ailments. Even though we know that to be false, health and climate are assets in our historic newspapers and health and climate are repeatedly linked."

So, Phoenix has always been hot. But now, climate change is proving to us each summer that it’s only getting hotter. That’s true all over the country, but here in Phoenix, it’s just our brand.

Tom Zoellner argues the same thing the state’s historic newspapers do: We should embrace the heat, not run away from it. 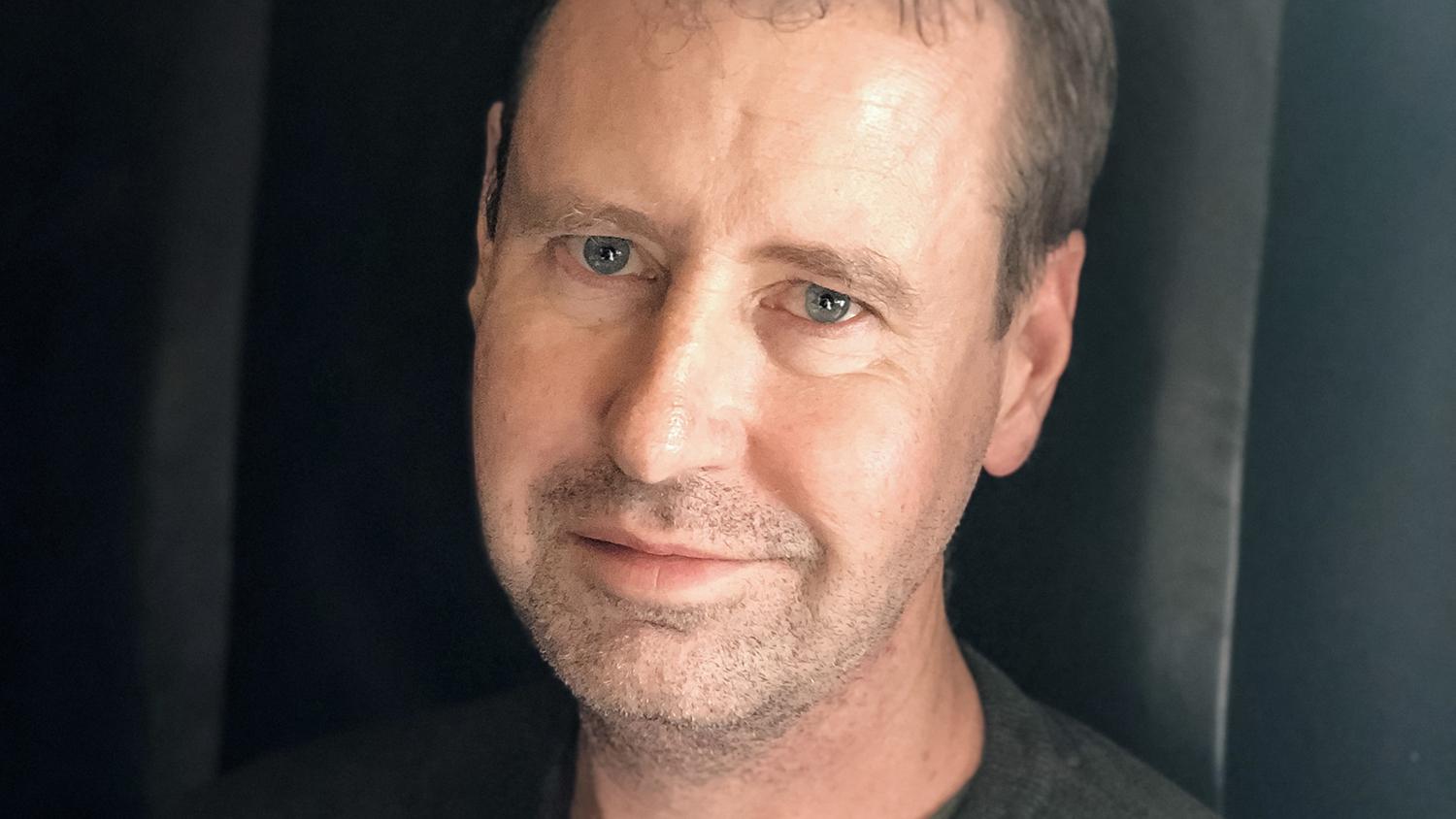 Zoellner is from a long line of Arizonans and spends a lot of time thinking about — and writing about — this place. He talked about this on The Show back in 2019.

Today, the heat in Phoenix — and the discussion around it — has only gotten more extreme. Not only have our temperatures continued to break records, but the national conversation about the Phoenix heat has turned from curious to deadly.

A feature in Salon from this July claims Phoenix could soon become inhospitable as climate change and a punishing heat island effect pummel our streets with deadly heat. The rise in heat-related deaths here continues to garner international headlines, and national press still seem bewildered by the fact that people continue to move here.

At the same time, the rest of the world has also started to experience extreme heat as climate change takes hold — and they are significantly less prepared.

The Show spoke with Zoellner again to talk more about the Phoenix heat and what it means for all of us who live here. 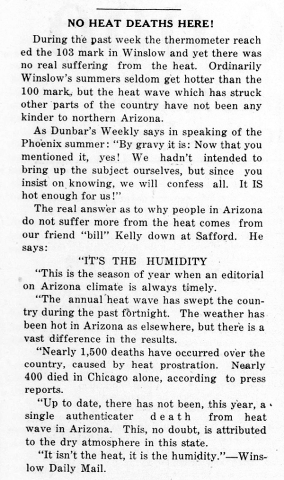 The Arizona State Library, Archives & Public Records
An article from the July 17, 1931 issue of the Coolidge Examiner proclaims no heat-related deaths had yet occurred in Arizona.

EDITOR'S NOTE: Due to an editing error, this story has been modified to correctly identify the ailment of heat prostration.