Route 66 is synonymous with the American story.

It conjures up images of the open road, neon signs and Western vistas. In her new documentary, Katrina Parks looks at the history of the women on the "Mother Road," and how they navigated segregation and gender discrimination to build lives for themselves alongside America’s most famous highway.

The Show spoke with Parks, and she said she came to the project in the midst of another — a documentary on the Harvey Girls who worked at the Grand Canyon restaurants around the turn of the century called, "Route 66: The Untold Story of Women on the Mother Road." 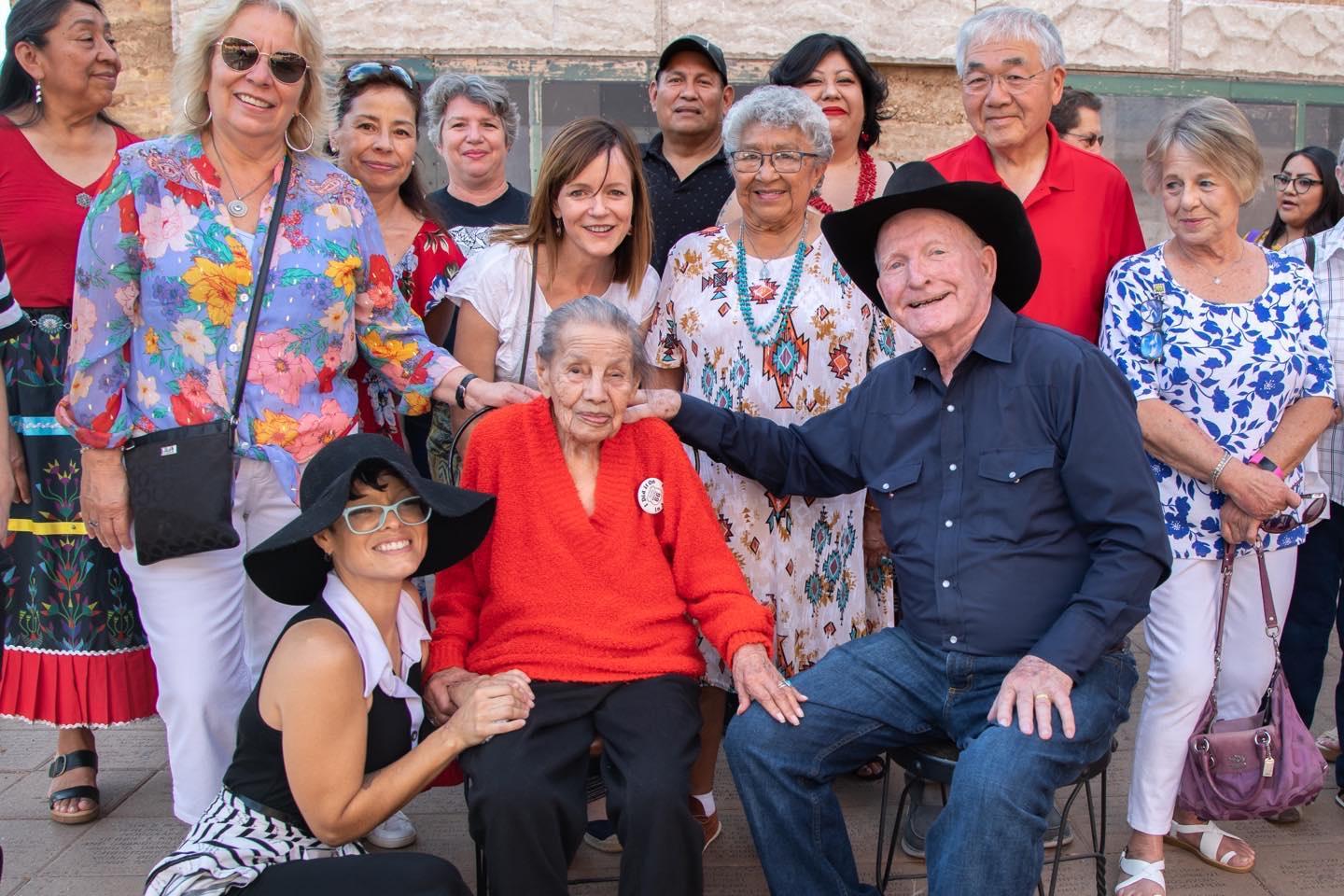 Lori Bentley Law
Director Katrina Parks (leaning, center) in Winslow, Arizona, on Route 66 at Standin' on the Corner Park with many of the people in the film series including Centenarian Harvey Girl Luz Delgadillo Moore and Arizona State Historian Marshall Trimble.