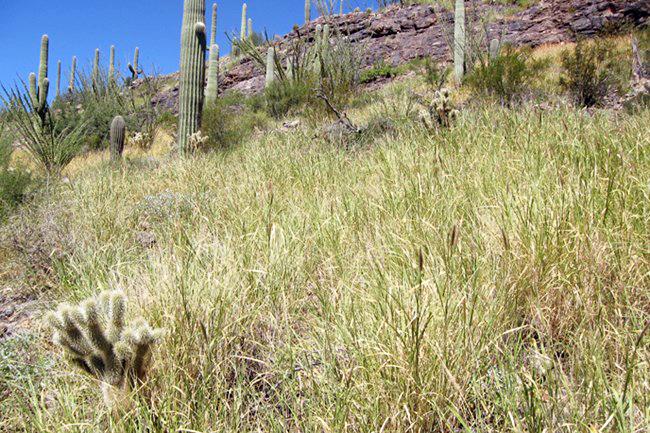 National Park Service
Buffelgrass is an invasive species to the desert native to Africa and southern Asia. G

Saguaro National Park in southern Arizona will resume aerial spray treatments to address the spread of buffelgrass in the park.

The park will resume aerial spray treatments Aug. 31 in the Rincon Mountain District, which includes seven trails. Parts of the affected trails may be closed for up to three days during active spraying. Closure notices will be posted at trailheads.

Buffelgrass is an invasive species to the desert native to Africa and southern Asia. Growing in dense stands, it is highly flammable and poses a threat to saguaro cactus populations.

Park officials say herbicide treatments only work on the grass when it is green following monsoon rains.

“Previous aerial spray treatment in high priority areas has reduced the size and density of treated buffelgrass patches in the park by 75%," said Jeff Conn, chief of resources, in a press release. "This success enables the park to shift resources to target areas which have not yet been treated, including the large patch on the south side of the Rincon Mountains."