Prescribed burns aren't just worth the risk — they're our only hope, a Forest Service official says 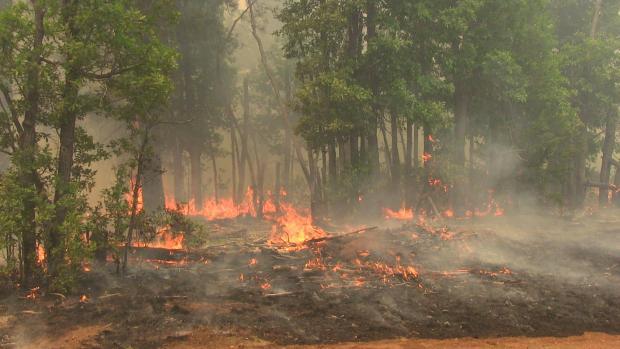 We hear a lot about the ravages of wildfires on vast swaths of land in the West, of the destruction it can cause to communities, the high cost of fighting it. So it can be hard to see why the Forest Service starts fires.

It can be especially hard to see why when we hear stories about prescribed burns going out of control, as the Hermits Peak and Calf Canyon Fire did in New Mexico just this summer — a controlled burn that turned into the largest wildfire in that state’s history.

But Victor Morfin doesn’t see fire as a bad thing for forests — in fact, he says it’s a necessary part of keeping them healthy.

Morfin is the forest fuel specialist on the Coconino National Forest.

Recently on The Show, we heard from hotshot firefighter Mark Adams, who wrote an op-ed that was published on the front page of the Arizona Daily Sun calling for better fire management of the forests on the San Francisco Peaks and surrounding Flagstaff.

And a lot of that, he argued, means more controlled burns — an often unpopular approach that Morfin says a lot of us don’t fully understand. Morfin argues we need fire in our overgrown forests, and we need to start some of them.

The Show spoke with him, and in the conversation, he laid out the three ways the Forest Service can deal with fire in the vast ponderosa forests of northern Arizona.