How Arizona organizations are using TikTok to bridge the generation gap 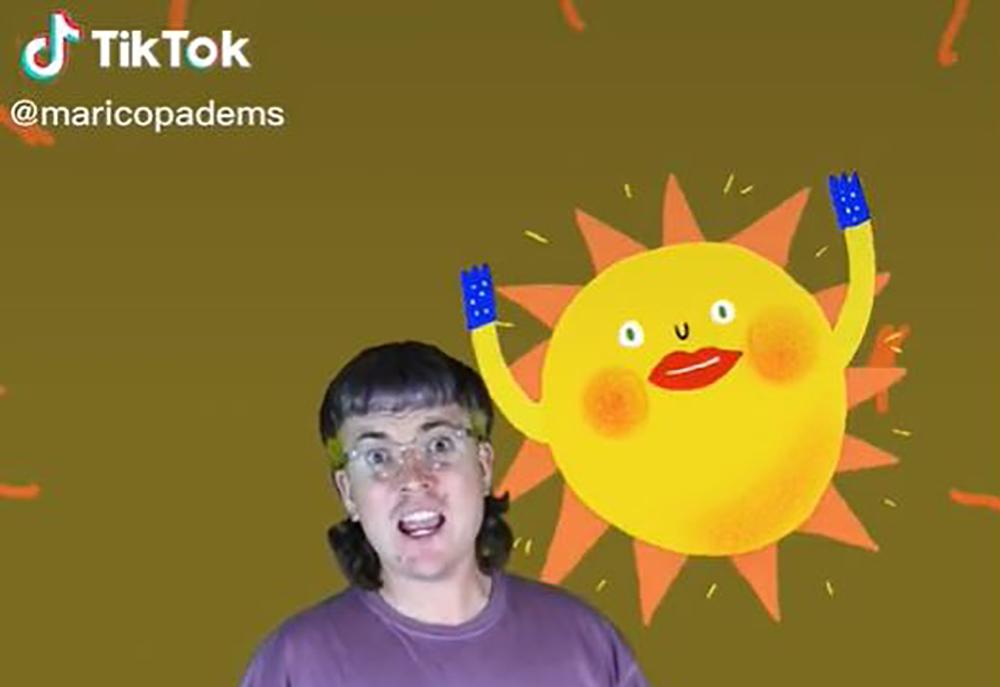 The video platform TikTok gets more than 1 billion video views per day, with young people drawn to its high-energy content and charismatic influencers. And that has attracted the attention of more traditional institutions, looking to capitalize on the app’s popularity.

Some organizations are using young creators to bridge the generational gap.

A majority of TikTok users are young people. More than 70% of account holders are between 18 and 24.

Tens of thousands of those users are seeing videos from the Maricopa County Democratic Party, hosted by Arizona musician Robbie Pfeffer, informing them of political happenings in Arizona.

Pfeffer is a precinct committeeman in Phoenix, as well as the lead singer of the Phoenix band Playboy Manbaby. 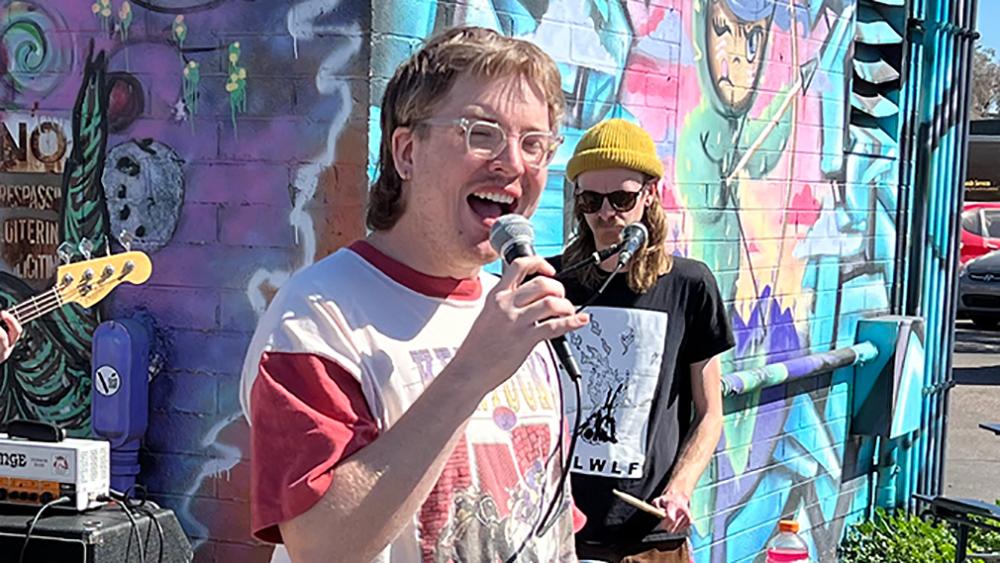 Tim Agne/KJZZ
Robbie Pfeffer is the frontman for the Phoenix band Playboy Manbaby.

While the pandemic put live music on pause, Pfeffer took to his band’s TikTok to keep his creative edge.

"It's filled an incredibly important thing for me, just as far as creative output. And like, just basic mental health stuff, or just having something to do has been really huge,” Pfeffer said.

Playboy Manbaby’s TikTok page started to gain traction in 2020, with Pfeffer and the band posting anything from political videos to songs and comedy skits. Pfeffer says the videos began spreading widely outside of Arizona, but he still wanted a place to make locally-based content.

"I just basically hit them up, and I'm like, 'Hey, who's running your TikTok, for the Maricopa County Democratic Party?' And they were like, 'We do not have one.' I'm like, “OK, well, would you let me do it?'”

Pfeffer says he was given free creative rein on the account. The videos are casual, full of bright colors and rife with 1990s clip art. Pfeffer says it’s supposed to look bad — like something out of a public access TV show.

But, the videos are a far cry from the party’s normal communications — press releases, formal interviews and official statements.

Edder Diaz-Martinez is the county Democrats’ former communications director, who helped get the project off the ground. He says Pfeffer’s style works perfectly.

"He is able to not only highlight important issues, but he does it in a light-hearted way, where he can really connect with people. And I think he also kind of takes away the whole suit-and-tie aspect of Democratic Party politics and just politics in general," said Diaz-Martinez.

Martinez says he hopes the county Democrats can turn TikTok followers into voters.

"Driving them to, maybe, help us, whether it’s sign petitions, or volunteer, and then obviously, once we get closer to the election, you know, hopefully we can send them some information about our candidates and get them to vote our way," Diaz-Martinez said.

Among the billions of videos on TikTok viewed every day, there are other brands and organizations using the platform to inform.

A pioneer in videos like these, especially in tone and aesthetic, is NPR’s Planet Money. Jack Corbett started making off-beat videos under the show’s name in 2019, covering different topics than those on the weekly radio show.

There have been no shortage of complex economic stories in recent years: cryptocurrency, NFTs, inflation, and the impact of the pandemic. Corbett says TikTok is a great platform to make these topics easier to understand.

“It's really rewarding. It's like those kinds of comments. I still look back to like, people being like, 'Wow, I didn't understand this until now,'” said Corbett.

The Desert Botanical Garden in Phoenix has been creating videos, using the garden as a backdrop, to educate people about plants.

Abdel Jimenez, the garden’s marketing and communications manager, says while educating people on TikTok, he’s learned a lot himself.

“I don't really come from like a botany or, you know, this plant background. I don't know how to take care of plants myself. But it's pretty neat to, I guess, you know, showcase all of the knowledge that I've learned," said Jimenez.

Jimenez says that since the garden’s videos have gained popularity, more and more people come in to see plants they saw online.

Despite some viewing the app as just a place for dance trends and comedy videos, Corbett says TikTok is a platform to be taken seriously when it comes to education and youth outreach.

“TikTok, it's not just a way to grab Gen Z here, so you can pull them to do something else. It's like, you know, you can actually do meaningful stuff on there," Corbett said.