Download mp3 (7.25 MB)
Arizona Department of Health Services
The Arizona State Hospital was originally called the Insane Asylum of Arizona when it opened in 1887 at 24th Street and Van Buren in Phoenix.

From airplanes to coffee shops to classrooms, it’s hardly unusual to see a service animal. And not just the classic seeing-eye dog — nowadays there are emotional support horses and therapy parrots.

But there is a place that does not allow any kind of service animal: the Arizona State Hospital.

That's where Matt Solan has been for two years. Solan had a video visit this spring with Foxy, his 16-year-old Pomeranian.

After pleading guilty except insane to a charge of aggravated assault, Solan was sent to the Arizona State Hospital's forensic unit in April 2020. Two days later, he filed a formal request asking for his service dog. Denied several times, Solan sued the hospital in federal court.

Solan is 32 and has been diagnosed with autism, post-traumatic stress disorder and bipolar disorder. In a phone call this spring, he explained why he needed Foxy.

"I'm more of a problem in interacting with humans than dogs," he said. "Autism doesn't lend too well to proper social interaction, but I get along great with animals, and I can bond with them."

After adopting Foxy in 2015, Solan spent months training her.

"If I'm freaking out, she will go out of her way to sort of corral me into an area, to get me to calm down by jumping on me or pressing up against me," he said. 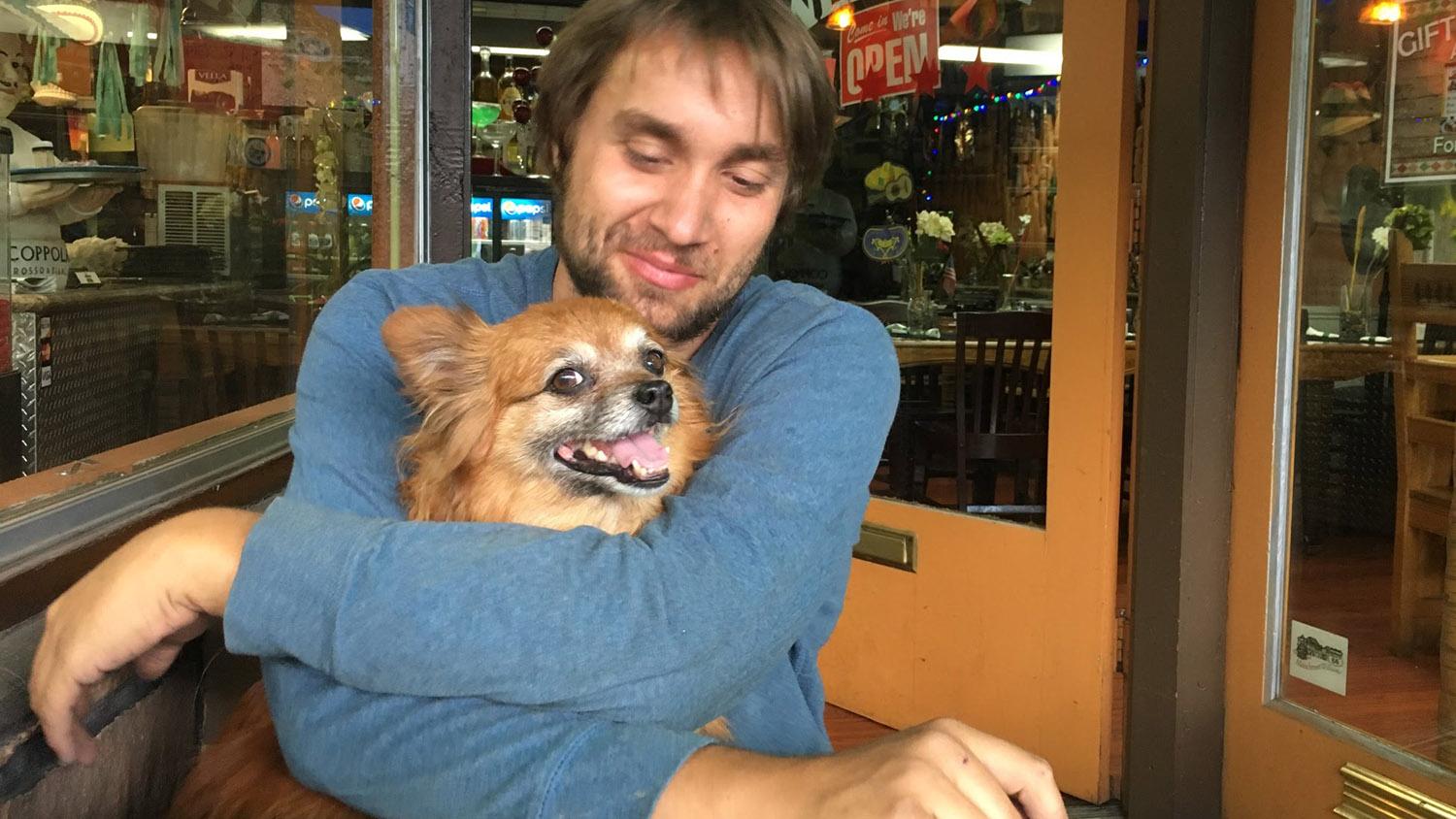 Solan said Foxy would be particularly helpful to him at the hospital.

"Part of not being able to handle being in groups here at the hospital is just the overwhelming noise, visual and auditory noise that this situation creates," he said. "So, I haven't gone to any groups the whole time I've been here. And because the hospital is claiming that its only modality for treatment is group-based therapy, that means I'm not getting any treatment here."

It’s not uncommon to find a therapy dog in a traditional caregiving setting — visiting a sick child or comforting an older person with dementia. But one hospital administrator says  it is not the same in a psychiatric setting.

Dr. Dallas Earnshaw is superintendent of the Utah State Hospital, where he's worked since 1983. Earnshaw said infection control, allergies, resources, patient behavior, and the safety of patients and the animals themselves are all factors that have to be considered in an inpatient, psychiatric setting.

"Most facilities around the country agreed that it was just too overwhelming and too many complications and barriers to allow a patient to have a support animal with them," he said.

The Arizona Center for Disability Law, which wrote to the Arizona State Hospital in support of Solan and Foxy, disagrees. And in March, a federal judge ordered the hospital to complete an assessment to determine whether letting Solan have Foxy with him would create more than a “minor inconvenience.”

Under the Americans with Disabilities Act, it’s not enough to assume there will be a problem, the judge wrote in the order, which said in part: "While Defendant’s safety concerns are legitimate, the ADA requires that it demonstrate any requirements flowing from these concerns are based on actual risks, not on mere speculation, stereotypes ... or generalizations about individuals with disabilities.” 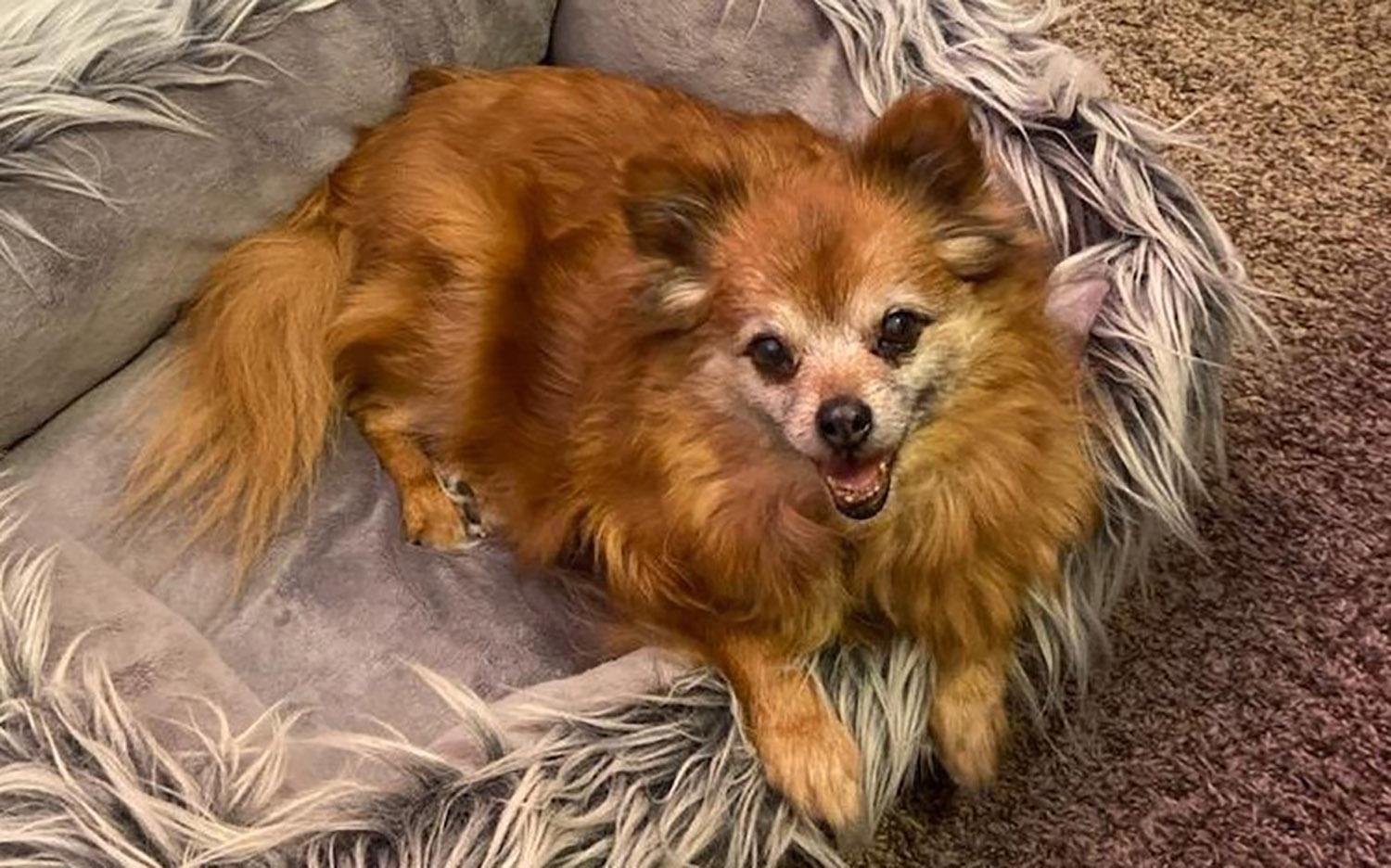 Officials for both the Arizona Department of Health Services, which runs the Arizona State Hospital, and the Attorney General’s Office, which represents the hospital, repeatedly declined comment for this story.

Solan initially represented himself, but now has a lawyer, Holly Gieszl. She said one good outcome of the case is that the hospital has brought in a therapy dog to visit with patients.

"It's an acknowledgement that this is an important addition to services for some patients who may benefit from it," Gieszl said.

But Solan insisted he needs to to be with Foxy 24/7.

"She's a psychiatric service animal, which is different than an emotional support animal," he said. "... I don't need her every second of the day to do that, but when I need her, she needs to be there."

In wrapping up his video visit with Foxy and Foxy’s caregiver, Angela, Solan expressed thanks for making time for him.

Angela tells him he's welcome and then directs her attention to Foxy, saying, "True goodbye, huh?"

In May, the court determined that more evidence was needed to be gathered to make a decision about Foxy — and set a deadline in 2023.

Earlier this month, Foxy passed away.