Sometimes political polls get it wrong. They're still vital for democracy 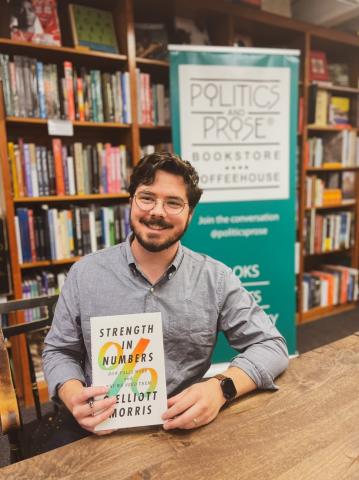 In an election year like this one, polls are ubiquitous. But are they just a snapshot in time providing context, or do the numbers actually mean something?

In 2016, no pollsters confidently predicted Donald Trump would win the presidency. And when he did, the general public’s trust in polls sank dramatically.

In Arizona’s primary — which takes place Aug. 2 — the Republican race for governor is either a statistical tie between Kari Lake and Karrin Taylor Robson, or Lake is maintaining a double-digit lead. What should we believe?

G. Elliott Morris did his best to answer that question and many others in his new book, “Strength in Numbers: How Polls Work and Why We Need Them.”

The Show spoke with him and began the conversation by asking if pollsters should be taking the kind of criticism and flak that many have seen, especially since the 2016 presidential election.