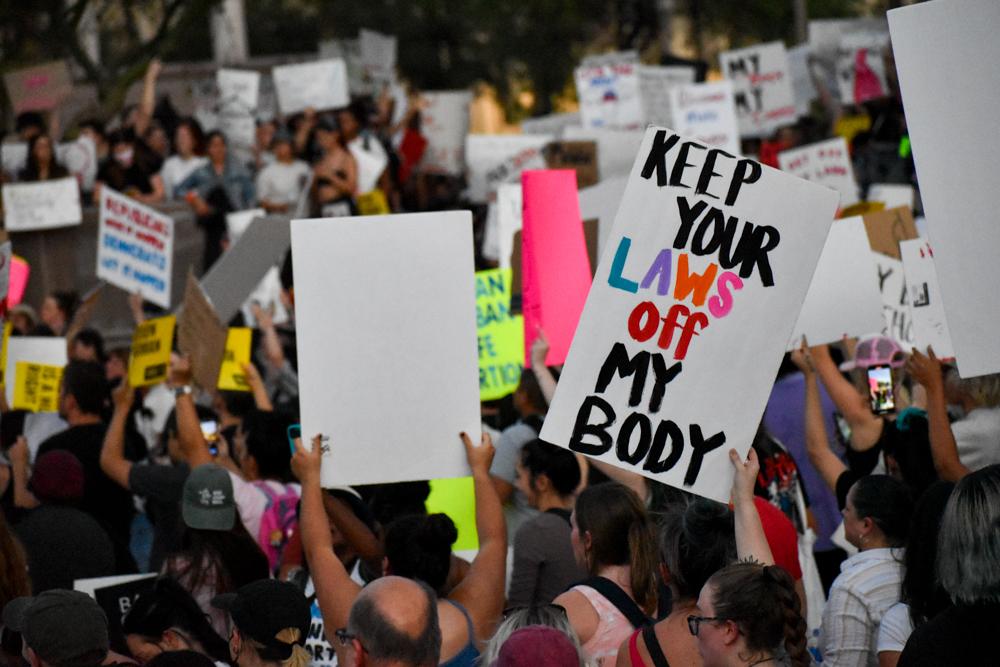 Amber Victoria Singer/KJZZ
In a crowd of protesters in June 2022 in Phoenix.

An Arizona civil lawsuit that was filed in 2020 is one of many cases that has shifted after the U.S. Supreme Court overturned Roe v. Wade.

In the case, an ex-husband filed for a wrongful death lawsuit on behalf of the estate of the deceased fetus. The man alleges an abortion provider failed to obtain proper informed consent from the woman before providing her abortion medication.

Barbara Atwood is a law professor at the University of Arizona. She believes that civil cases could become a battleground in enforcing abortion laws.

“Because some of the prosecutors around the country have said they will not vigorously prosecute violations of these new abortion prohibitions, that has left the proponents of those prohibitions to look to civil law,” said Atwood.

Atwood says anti-abortion groups are creating model legislation to assist state lawmakers across the country that see civil suits as a way to enforce abortion bans.

“In that model legislation that they're proposing for states, it includes detailed language about bringing civil actions against people providing abortion services and against people seeking to have the abortion,” said Atwood.

Model legislation from the National Right to Life Committee includes informed consent, which is a counseling session and waiting period already necessary to perform an abortion in Arizona.

Atwood says a recent federal court decision shooting down an Arizona fetal “personhood” law that gives all legal rights to unborn children may play a role in how this civil case moves forward, but that the lack of clarity on which abortion laws take precedent in the state may complicate this case and others like it.