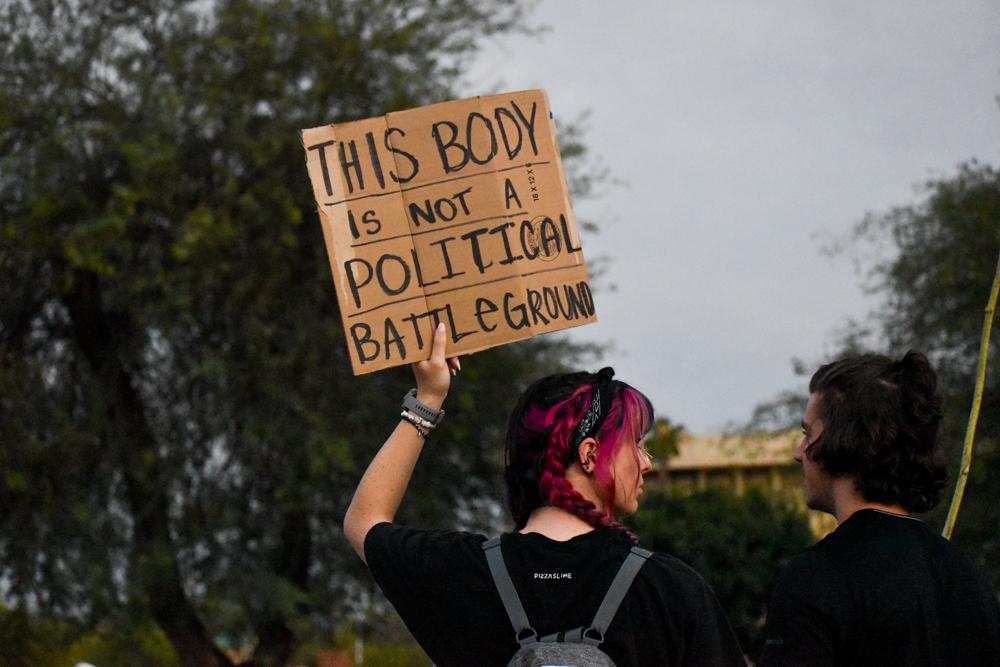 Amber Victoria Singer/KJZZ
Two young protesters stand looking at each other at the Arizona State Capitol on Friday, June 24, 2022.

Arizonans for Reproductive Freedom Charwoman Dr. Victoria Fewell says she welcomes the order, but knows it can only go so far.

“It’s a relief that he has stepped up, and, at least, brought some attention to the matter. It’s certainly not enough, but something is better than nothing,” said Fewell.

Fewell also says the most significant piece of the order is the protection of medications used for abortion, as well as the ability to send them across state lines.

“He’s attempting to protect the ability to get medication for medical abortions across state lines, and protect the use of those medications throughout the United States, not just in states where abortion isn’t outlawed,” said Fewell.

Fewell says she anticipates more discussion between doctors and patients about permanent sterilization for both male and female clients in Arizona.