Outreach group AZ Hugs for the Houseless has created a mobile cooling van to prevent heat-related deaths for those experiencing homelessness, using funding from the city of Phoenix.

The funding, nearly $9,000, came from the budget of city Councilmember Yassamin Ansari, who called the van a “thoughtful idea” that will save lives.

Rabbi Dr. Shmuly Yanklowitz is the founder of Arizona Jews for Justice, which oversees Hugs for the Houseless. He says in the first few days of operation, the van has been a welcome sight for those in the heat.

“Being in the 105, 110, what's going to be 115, soon, without any relief is just soul crushing, and physically damaging. And so, there's just a deep sense of relief,” said Yanklowitz.

The money went towards renovating the van of Hugs founder Austin Davis. He says the idea for the van came from talking to people who couldn’t get to established cooling centers. 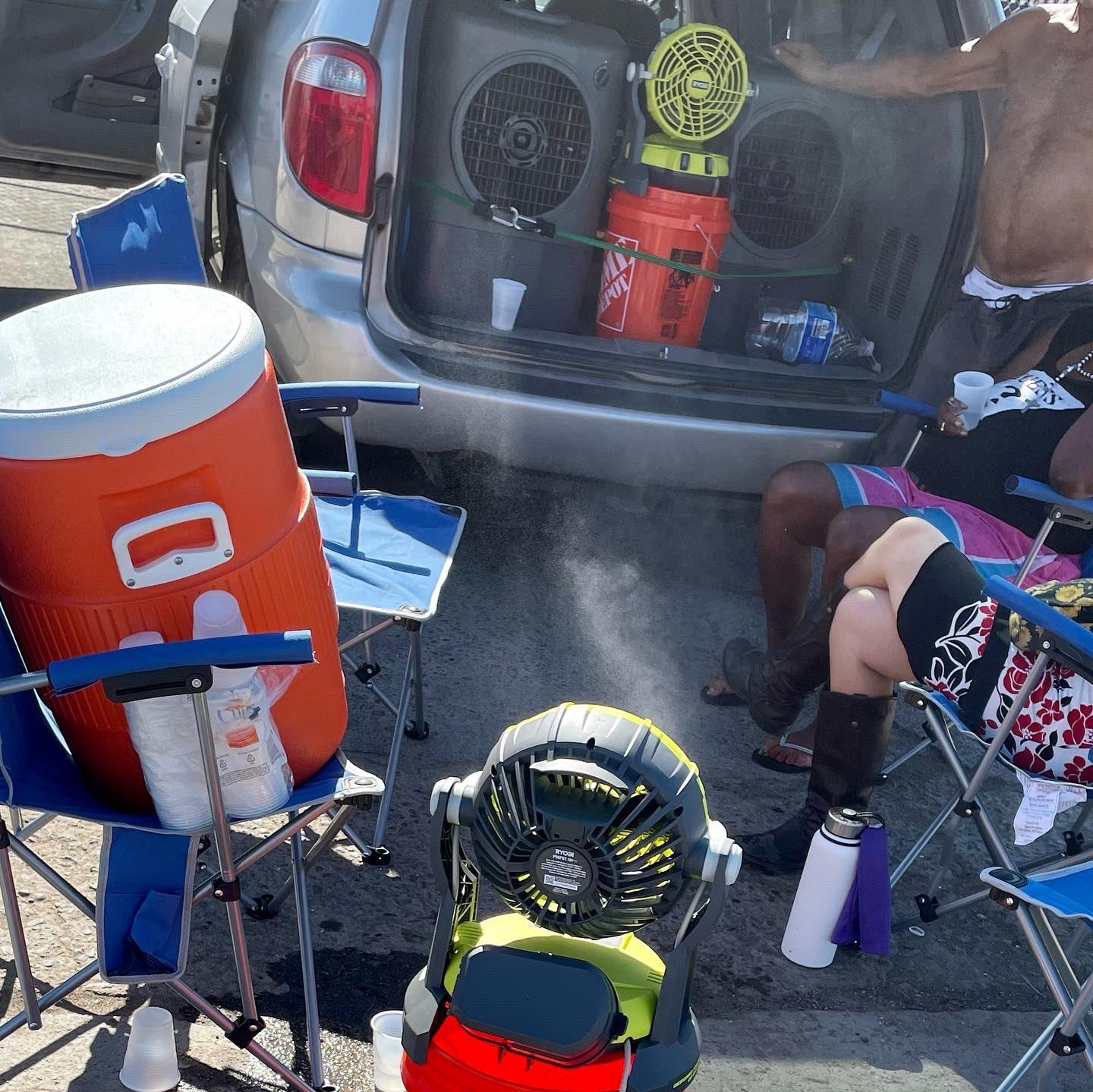 Austin Davis/Hugs for the Houseless AZ
Davis' mobile cooling fan, which utilizes misters and fans to help those without housing.

“There are these cooling centers, and the cooling centers provide an incredible support for people who can get there. But, one thing that I learned through talking to people and just seeing, you know, is that a lot of people can't travel a mile, or two miles, or five miles to get to a cooling center,” said Davis.

Davis says the van is a resource in itself, but it’s also a good place for him to understand what those without housing need on an individual basis.

“I think that, if the resources are there, let's bring our community together for this common goal. Let's use what we have, let's learn from those experiencing homelessness, see what the direct need is, and let's try to address it,” said Davis.

Yanklowitz says his end goal, however lofty, is to make sure no one has to die in the streets.

Davis says the van visits multiple encampments every day, and has fans and misters, a canopy that provides shade, folding chairs for people to rest in, and waters and cold towels to distribute.