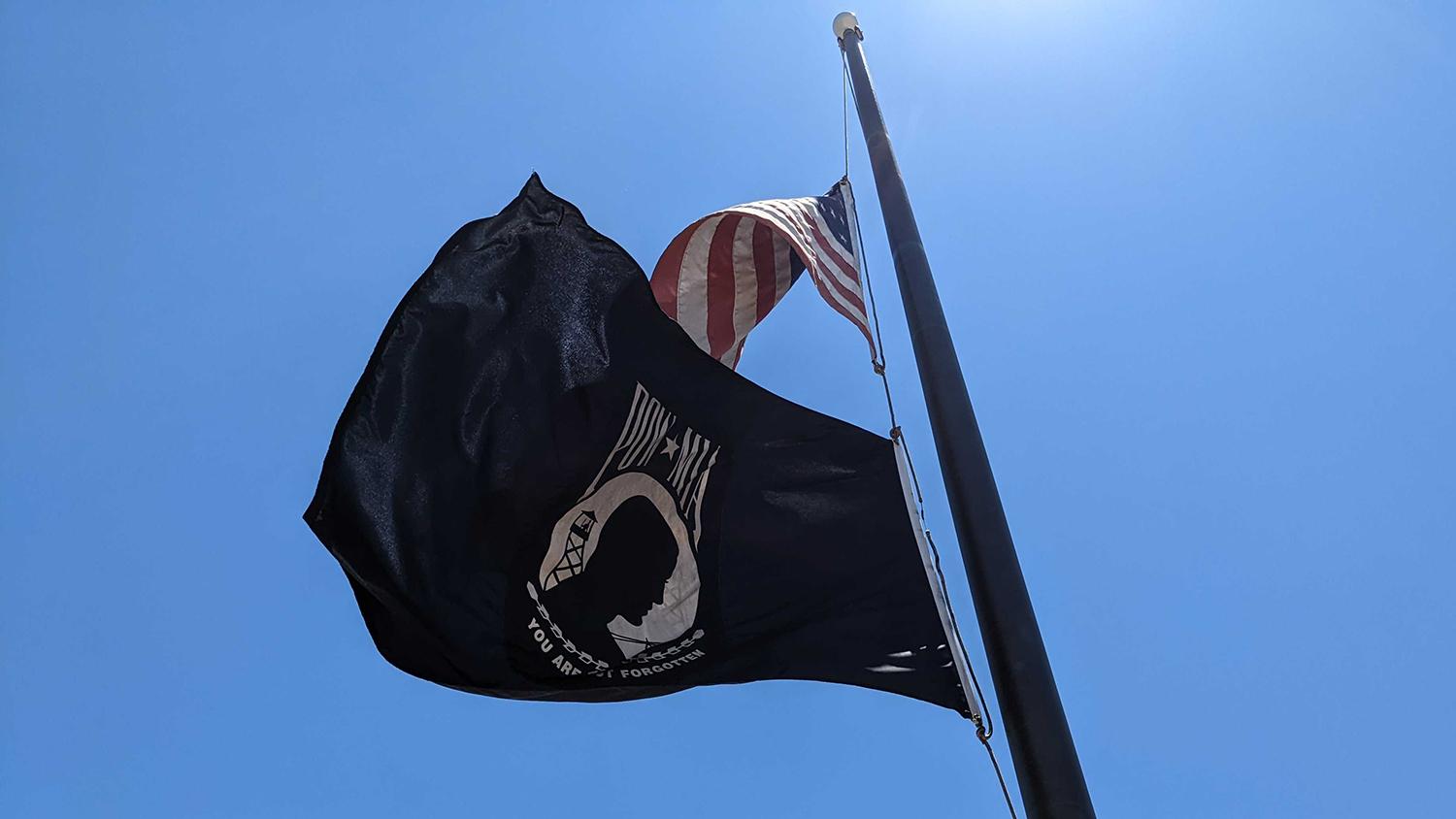 Sky Schaudt/KJZZ
A POW/MIA flag flies with an American flag.

Earlier this month, Gov. Doug Ducey signed a bill into law that would force HOAs to allow residents to fly flags that support law enforcement and first responders. But they won’t be able to raise a flag proclaiming gay pride or Black Lives Matter unless their HOA approves.

The bill’s sponsor, Fountain Hills Republican John Kavanagh, said he would be willing to support a bill that allows any flag that isn’t obscene or promotes illegal activity, but the votes weren’t there this time around at the GOP-dominated state Capitol.

The Show spoke with him about the first amendment implications of a law like this, and whether or not he thinks it passes constitutional muster.