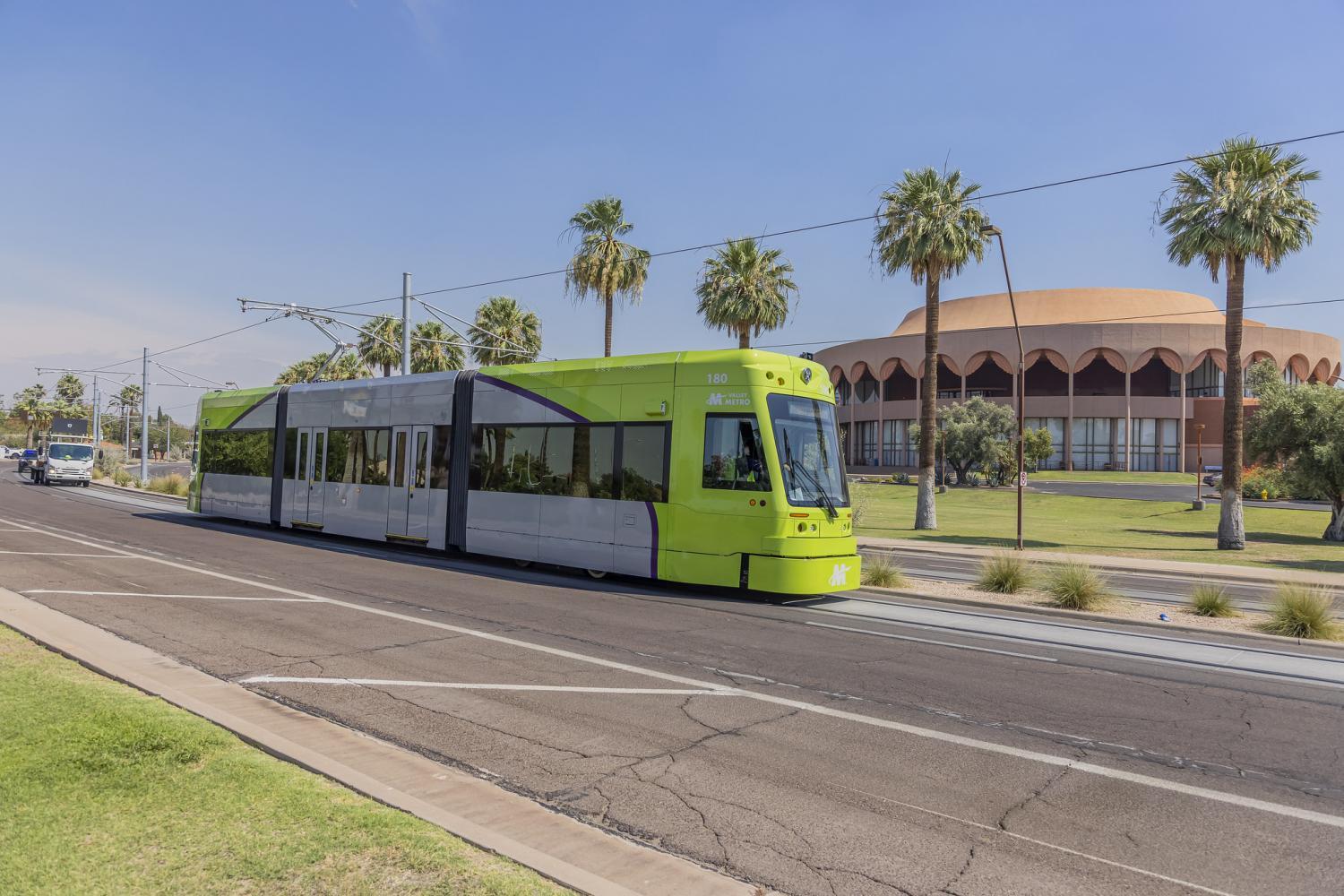 “I think this is going to be a big draw for the ASU population — students, faculty, and staff — and it’s also going to be a big boon for visitors to Tempe because we are hitting all of those hot spots," Valley Metro CEO Jessica Mefford-Miller told KJZZ News.

Valley Metro reports Tempe is already one of the highest public transit ridership centers in the region. Mefford-Miller said she hopes the addition of the streetcar will help transform the city into a car-optional community.

“I think customers aboard the Tempe streetcar are going to be traveling everywhere from stopping and grabbing some groceries there at Whole Foods at Mill and Ash, to heading to class at ASU, to taking in a concert or an afternoon at Tempe Beach Park,” she said.

The streetcars will run every 15 to 20 minutes and fares will be free for the first year of service. Riders can begin boarding at 10 a.m. after a ribbon-cutting ceremony on May 20. 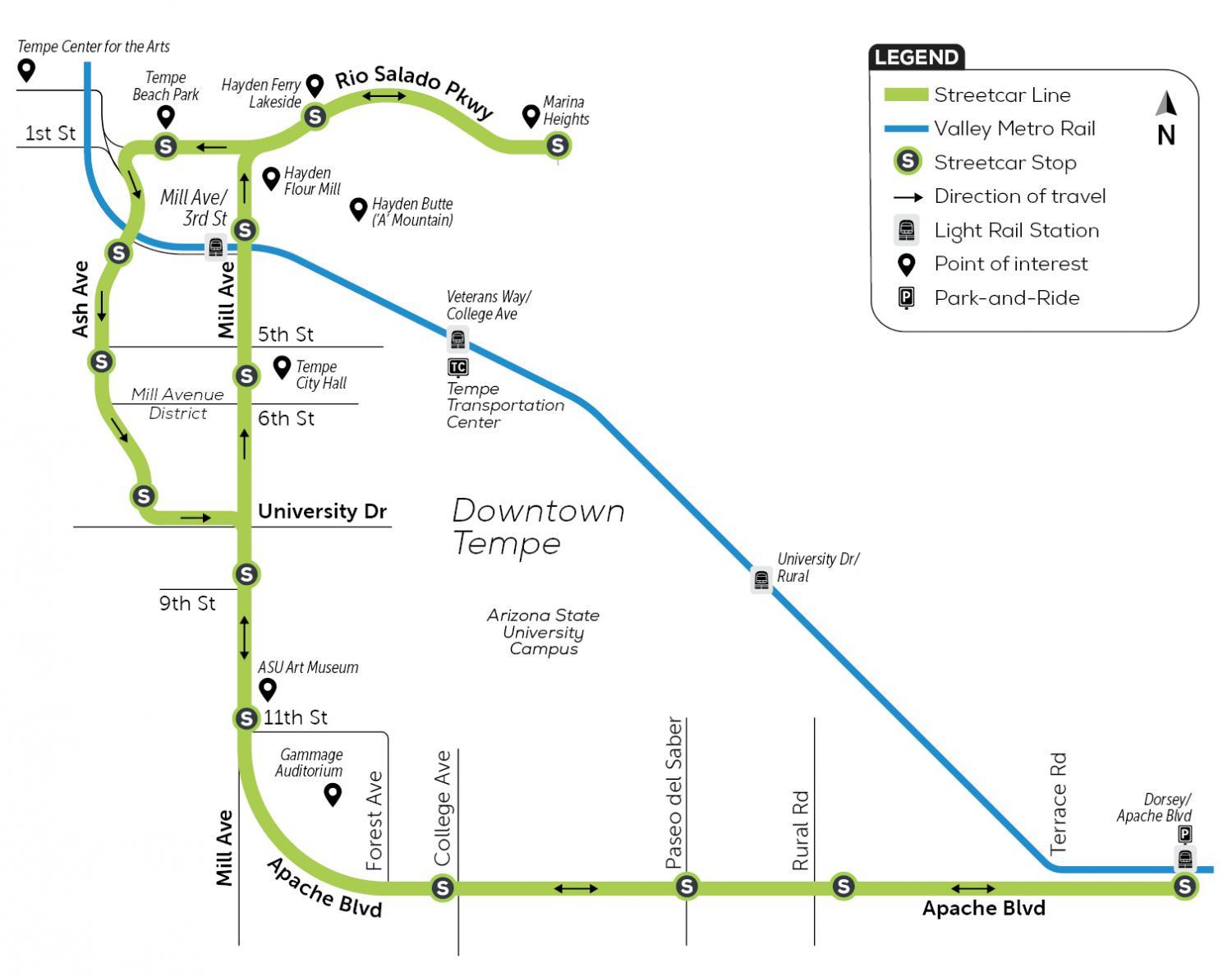 The bright green, single-car vehicles can hold up to 120 passengers each. The streetcars run on a hybrid system of electrical wires and battery power. On parts of Mill Avenue, the streetcars travel off-wire, which Mefford-Miller said was a strategic design choice.

"That means there's no overhead wire and that's going to maintain the beauty of the Mill Avenue tree canopy," Mefford-Miller said. "This type of construction is also going to allow us a little more flexibility in the future if we want to extend the streetcar."

Mefford-Miller said Valley Metro is looking into the possibility of extending the line through Tempe and Mesa.