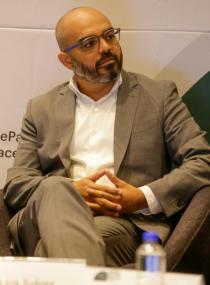 According to a new report, neighboring Sonora ranked among the five least peaceful states in Mexico in 2021. And the economic costs of violence in the state are significant.

"Now if that’s impressive, we look at the numbers for Sonora, the numbers are higher," said Carlos Juarez, Mexico director with the Sydney-based Institute for Economics and Peace, which released the ninth edition of its Mexico Peace Index report this week.

Sonora saw the largest Peace Index decline of all 32 Mexican states in 2021, he said. That dip was driven by it’s staggering homicide rate, as well as increases in gender-based crimes, including femicide, sexual assault and domestic violence, that far outpace the national average.

And that violence comes with a major economic toll for families, business and the criminal justice system. The report estimates violence cost Mexico $243 billion in 2021 — nearly 21% of its gross domestic product.

Juarez added, however, that Sonora does rank well on the Positive Peace Index, which looks at eight areas that are believed to help a society achieve piece.